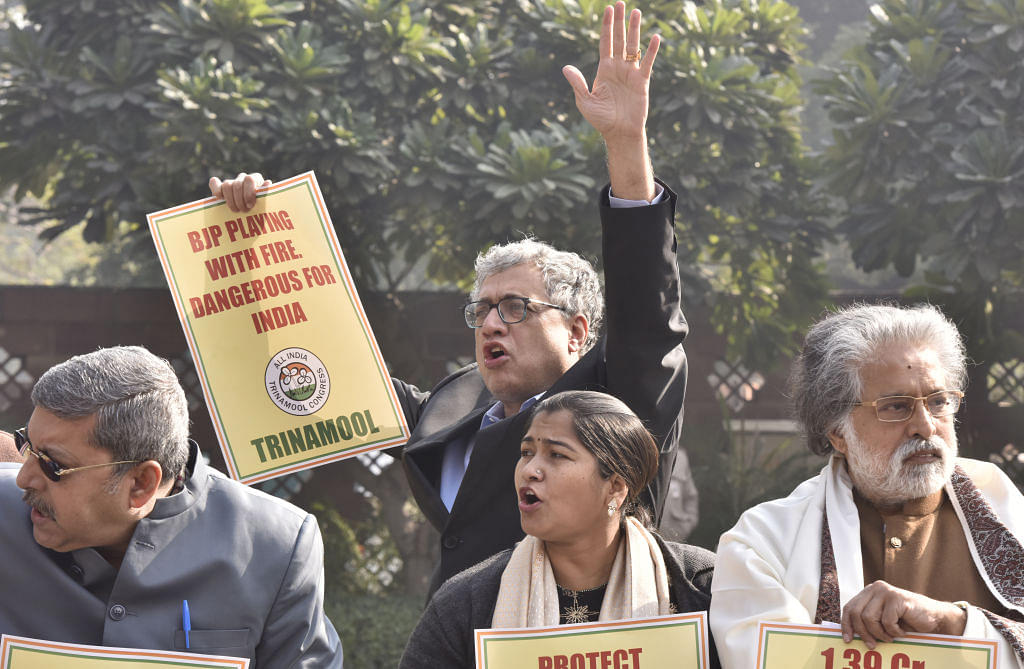 A six-member team of Trinamool Congress leaders deputed by party chief Mamata Banerjee to tour the Bengali-majority Barak Valley area of Assam and meet those whose names have been left out of the final draft NRC for Assam, were detained at the Silchar airport upon their arrival from Kolkata. According to a report by the Times Of India, the delegation was not disallowed from exiting the airport by a strong posse of state police and officials. The Trinamool leaders will be put on the next flight back to Kolkata.

According to Assam government sources, the visit of the Trinamool delegation could have sparked trouble. There were intelligence reports suggesting that the Trinamool leaders, trying to fish in troubled waters, would try to provoke local people to create trouble.  The influential All Cachar Karimaganj Hailakandi Students' Union and many other local organisations had also opposed the visit, holding that they would sort out their problems on their own without interference by external forces.

According to BJP and Asom Gana Parishad leaders, the actual motive of the Trinamool leaders was not to collect first-hand reports of the ground situation as they professed, but to stir trouble.

The Trinamool delegation comprised MPs Sukhendu Sekhar Ray, Kakoli Ghosh Dastidar, Ratna De Nag, Nadimul Haque, Arpita Ghosh and Mamata Thakur and was led by Bengal urban development minister and close Mamata aide Firhad Hakim. They were to have interacted with citizens and civil society leaders at Silchar and were then scheduled to travel to the state capital Guwahati on Friday (3 August) to meet intellectuals and political leaders.

While the Trinamool has condemned the Assam government action, it needs to be mentioned here that the Trinamool government in Bengal routinely bars opposition parties from visiting trouble spots in the state. In July 2017, for instance, a delegation of senior BJP MPs were barred from visiting riot-torn Basirhat.