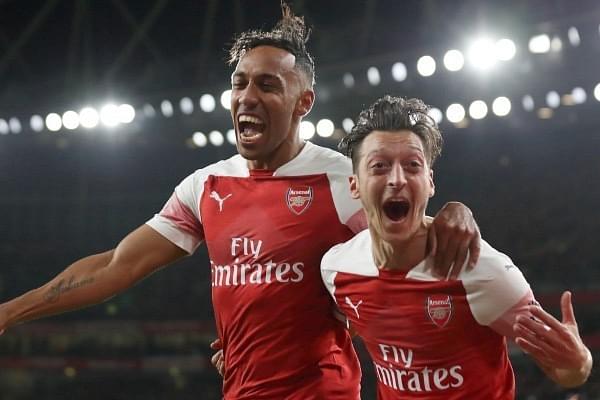 Arsenal on Monday (22 October) strode past Leicester City with a 3-1 victory which marked the club’s tenth consecutive victory as it settles into the Unai Emery era.

After Bellerin scored in the wrong net, star play-maker Mesut Ozil, showed his silky smooth touches in a build-up play with Bellerin to equalise. Arsenal then took the lead through Aubameyang.

The third goal was a typical Arsenal goal we have seen over the years with fast and precise passing, quick movement and selfless work from German playmaker Ozil to set up Aubamayang for his second goal of the game.

The goal as a result led many fans to draw parallels with ‘Wengerball’, a form of play made famous by the former Arsenal Manager Arsene Wenger, who also celebrated his sixty-ninth birthday yesterday (22 October).

While the club’s midfielders and attackers are scoring goals for fun, work still needs to be on the defence which still looks unstable.

The next big challenge for Arsenal comes on 3 November when Liverpool come visiting the Emirates. This would be considered a big test for Emery as he lost the first two games against Manchester City and Chelsea which are part of the proverbial top 6 Premier League teams.