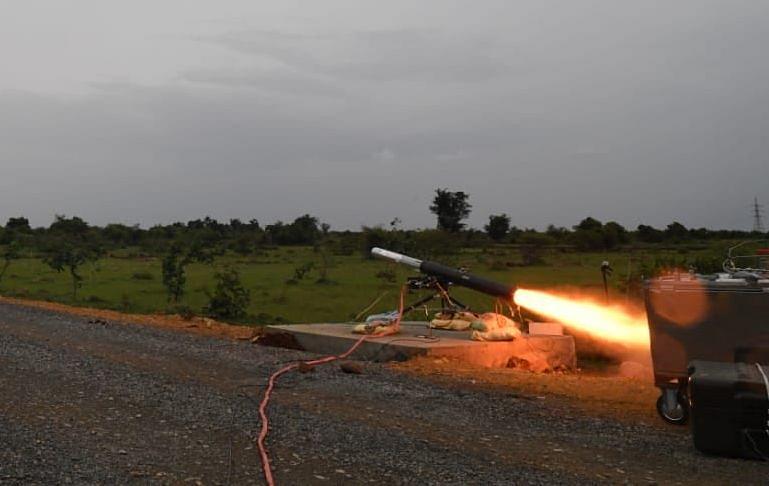 Anti-tank missile developed by the DRDO.

The missile has been designed to hit and destroy heavily-armored tanks and other armored fighting vehicles.

The DRDO has released a video of the test.

The low weight man-portable missile hit its target successfully during the test, the DRDO said in its statement, adding that it has already been successfully flight-tested for its maximum range.

The missile, tested in direct attack mode, destroyed its target with precision, the statement issued by the agency said.