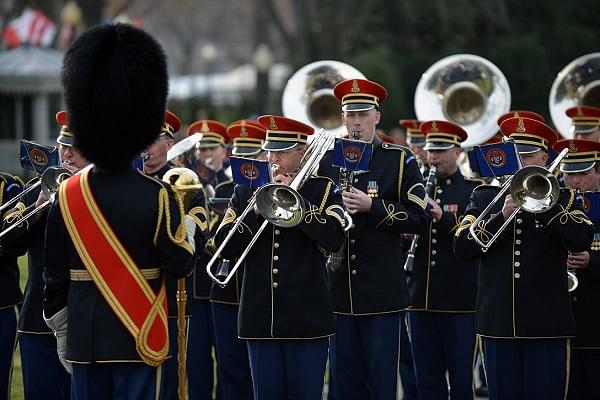 The US Army band during the course of the joint Yudh Abhyas with India being conducted at the Joint Base Lewis, McChord in Washington, played the Indian national anthem - Jana Gana Mana.

In the video the marching band of the US army can be seen playing the Indian national anthem in perfect sync using various musical instruments like a flute, clarinet, trumpet and saxophones as a conductor leads them along.

A few days ago during the exercise, a joint company of Indian and American soldiers were recorded singing Badluram ka badan zameen ke neeche hai - the official marching song of the Assam regiment.

#WATCH Indian and American soldiers sing and dance on the Assam Regiment's marching song âBadluram ka badan zameen ke neeche haiâ during Exercise 'Yudhabhyas' being carried out at Joint Base Lewis, McChord in the United States of America pic.twitter.com/6vTuVFHZMd

The 2019 edition is the fifteenth time the two countries are embarking on such an exercise. It is hosted by the two countries alternately. Besides various combat drills including urban warfare drills, the exercise also involved heavy artillery like M777 howitzers and Chinook helicopters.