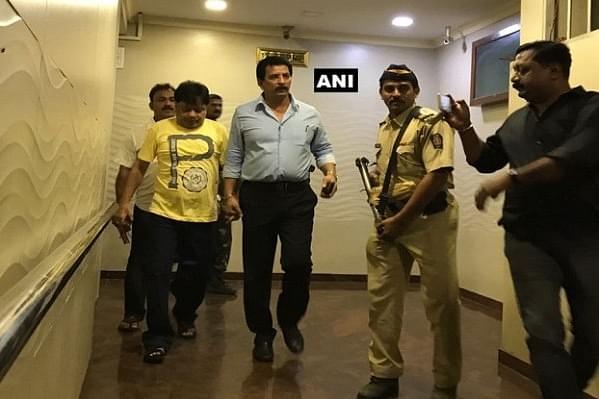 Thane Police Commissioner has ordered the suspension of five policemen, including a sub-inspector, for giving “special treatment” to underworld don Dawood Ibrahim’s brother Iqbal Kaskar. The video, which went viral, showed Kaskar enjoying ‘biryani’ while sitting inside a police van. Kaskar was also seen smoking in the presence of policemen. The video was part of a sting operation carried out by a news channel.

Madhukar Pandey, Joint Commissioner of Thane Police, said the sub-inspector and four constables provided special treatment to Kaskar while on duty to accompany him to the court from the jail and vice-versa. Kaskar is under arrest after the anti-extortion cell of the Thane police acted against him in an extortion case last year, reports The New Indian Express.

Kaskar was admitted to a government hospital on Thursday after a court ordered the police to provide him treatment. The jail manual prescribes strict dos and don’ts when it comes to police teams escorting prisoners for court hearings.