With Planned Resumption Of Monorail Services Next Month, MMRDA Tries To Get Telecom Sector On Board To Boost Revenue 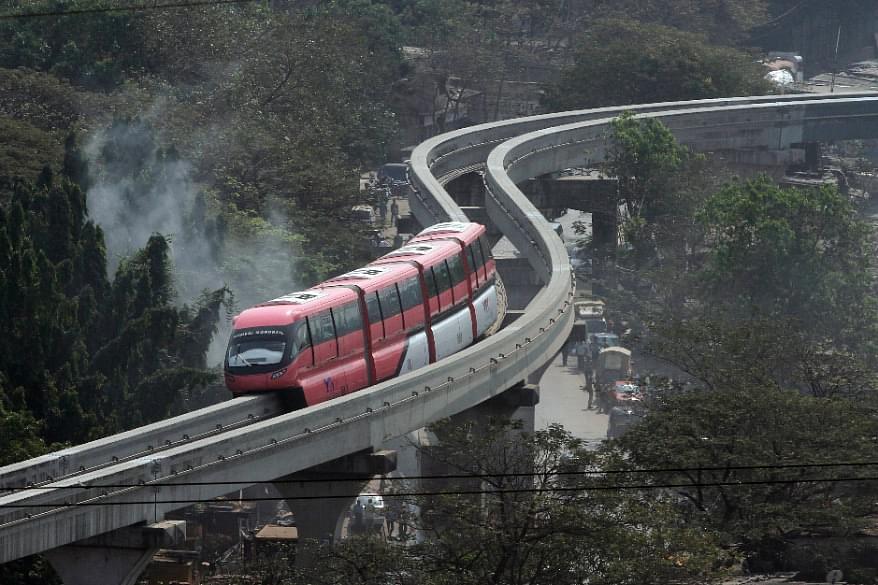 India’s first monorail system, the Mumbai Monorail is now looking at the telecom sector to providing some much needed revenue. The monorail, which has been shut since two coaches were gutted in a fire last November, is due to resume services from September, reports The Indian Express. Roughly 9 km of the 19.5 km system was operational till the fire with the remaining section due to be opened later this year. However, opening of the second phase has been deferred to early next year due to a lack of rolling stock. Selangor, Malaysia-based Scomi which supplied the trainsets will repair the two damaged coaches and supply the coaches for the second part in February 2018.

The Mumbai Metropolitan Region Development Authority (MMRDA) which operates the monorail, has now planned to allocate space along its piers for telecom service providers (telcos) to deploy their infrastructure, reports DNA.

An official of the MMRDA said that while telecom providers have approached them in the past, they decided to call for tenders in order to comply with competition norms.

Since the launch of commercial operations in 2014, the monorail has remained a loss making venture owing to low patronage. Daily ridership before the fire was pegged at around 15,000 passengers and the MMRDA believes that this could go up to 60,000 once the remaining section of the line is operational. It had also looked at getting advertisers on board, but failed due to lack of interest from bidders. In stark contrast, the Reliance Infrastructure-led Mumbai Metro has reported that nearly 40 per cent of its revenue is expected to come from advertisements and shop leases with metro stations.

Namma Metro May Save Rs 65 Lakh A Month; Now Is The Time To Consolidate And Make Things Better