‘Your Land Or Your Blood’: More Than 1,000 Christians killed By Islamic Militants In Nigeria In 2019, Says Report 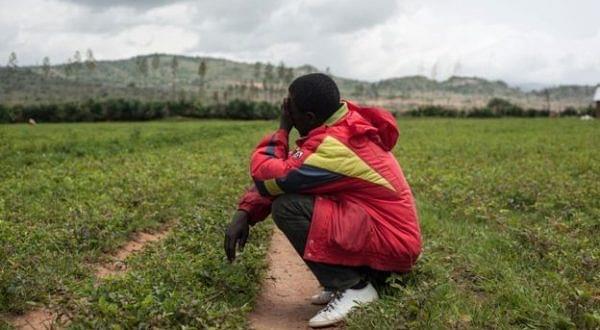 Image from Hart-uk.org. Violence in Nigeria

According to a report circulated by Christian news outlets, more than 1,000 Christians have been murdered by Fulani herdsmen fuelled by Islamist ideology in Nigeria in 2019, reports Fox News.

Communities say they can no longer rely on the government for protection or justice.

The Humanitarian Aid Relief Trust (HART), a British not for profit, reported that, “a militia of Islamic Fulani herdsmen murdered Christians as part of an aggressive and strategic land-grabbing strategy across the Plateau, Benue, Taraba, Southern Kaduna and parts of Bauchi state.”,

The non-profit is run by Baroness Cox who is also a member of the British House of Lords.

The report said, "They (Islamic Fulani herdsmen) attack rural villages, force villagers off their lands and settle in their place — a strategy that is epitomised by the phrase: 'Your land or your blood,'". In every village, the message from local people is the same: 'Please, please help us! The Fulani are coming. We are not safe in our own homes.'"

The report was published on 18 November titled “Your Land or Your Body.” It mentions that more than 6,000 Christians have been killed and 12,000 displaced by members of the Fulani ethnic group since 2015.

Nomadic Fulani herdsmen “seek to replace diversity and difference with an Islamist ideology which is imposed with violence on those who refuse to comply. It is – according to the Nigerian House of Representatives – genocide,” Baroness Cox told the Christian Institute.

“Something has to change — urgently," Cox also told Christian Today. “For the longer we tolerate these massacres, the more we embolden the perpetrators. We give them a 'green light' to carry on killing."

As the population in Sahara Desert continues to expand, there is increasing tension over land-scarcity and the predominantly Christian communities remain a easy target of land-grabbing attacks.

Christians are also being targeted and killed by Boko Haram, a jihad terrorist group.