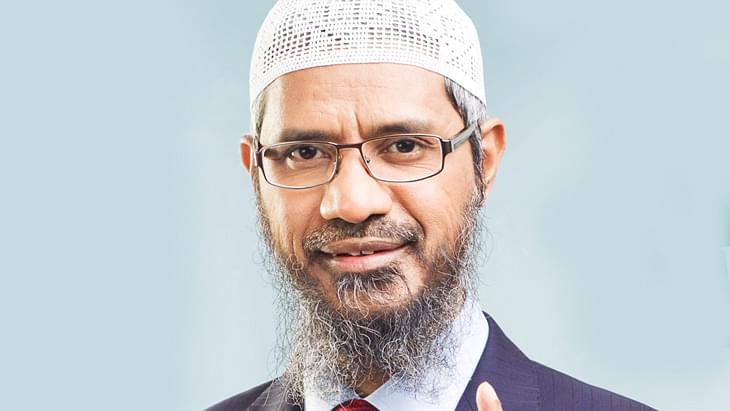 The Home Ministry has initiated the process for cancellation of the FCRA registration by issuing a final show cause notice to the provocative Islamic preacher Zakir Naik’s non-governmental organisation (NGO), Islamic Research Foundation (IRF).

In September, IRF's registration under the Foreign Contribution Regulations Act was renewed notwithstanding numerous enquiries against Naik. This led to the suspension of a Joint Secretary and four other officials in the Home Ministry.

Now, the Home Ministry has also started the process for putting IRF Educational Trust, another NGO associated with Naik, in prior permission category. This prevents it from receiving any foreign funds unless a nod comes from the government. As per official sources, this move was taken after different investigations found Naik to be “involved” in using funds meant for his NGOs to purportedly radicalising youth for terror activities.

The security agencies started looking into Naik’s NGOs after news reports from Bangladeshi newspapers claimed that one of the culprits of the 1 July terror attack in Dhaka, Rohan Imtiaz, was inspired by Naik. The Islamic preacher was renowned in Bangladesh due to Peace TV, where his programmes would often put down other religions, including Muslim sects like Ahmadiyas.

Naik is banned in the United Kingdom and Canada for his activities and is even among the 16 Islamic scholars who are barred from entering Malaysia. If the Union cabinet approves, the government could declare IRF as an illegal organisation under the Unlawful Activities Prevention Act.