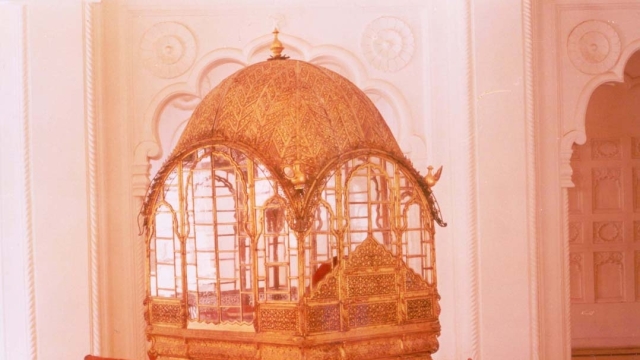 The abolition of privy purses by the Indira Gandhi government in 1971 took away the rights and privileges of the former princely states enshrined in the Constitution, thus, breaking the terms of the agreements forged by Sardar Vallabhbhai Patel with the former rulers. One unfortunate consequence of this move was the damage inflicted upon the country’s cultural heritage. Royal households and establishments had always been the foremost patrons of art and music. Their palaces, forts and temples had, over time, become invaluable repositories of the nation’s tangible and intangible cultural heritage. Indira Gandhi’s populist move destroyed these settings, subjecting them to repressive tax regimens and stripping them of maintenance funds. As a result, many cultural sites fell into disrepair and ruin, and with them, much of the material and intangible culture of our historical past.

The Mehrangarh Museum Trust was set up in 1972 during this political upheaval by Maharaja Gaj Singh ll, the 36th custodian of Marwar-Jodhpur, to preserve the cultural heritage of his family and the region. Today, the trust looks after the Mehrangarh Museum housed within the Mehrangarh Fort, which has permanent galleries displaying arms and armour, paintings, textiles and other aspects of material culture. It hosts temporary exhibitions and educational events for the benefit of tourists and the local population, many of which, like the classical music concerts held in the fort grounds without modern lighting or sound during full moon nights, are free to all. The trust organises two world famous music festivals, The World Sufi Spirit Festival and the Rajasthan International Folk Festival, which attract artists and enthusiasts from across the world. It also runs the Maharaja Man Singh Pustak Prakash, an invaluable collection of archival materials relating to the early modern history of the region and the country.

Today, Mehrangarh Museum is one of the leading museums in India, getting 1.2 million visitors a year, proving that conservation of heritage need not, and should not, be solely a state-governed enterprise.

However, this does not take away from the state’s responsibility towards helping to preserve and restore what is left of this heritage, after the ravages inflicted upon it by time and past political circumstance.

“It is the collective responsibility of private and public sectors to preserve our heritage.”

A short Q&A with Karni Singh Jasol, director, Mehrangarh Museum. Some answers have been edited for length and continuity. Excerpts:

Where do you work and how would you describe the work you do?

I work with Mehrangarh Museum Trust — a not-for-profit foundation set up in 1972 for management of Jodhpur’s historic fort and operating a museum. I work as a curator and director of the museum.

What got you interested in art, particularly, Indian art?

I grew up with Indian art and heritage. My father retired as a historian with the Mehrangarh fort. I continue to live inside the fort, an amazing experience, in fact, a great privilege. Waking up to fort walls glowing in the morning sun and to see twilight washing the palaces with a golden hue are one of the most beautiful moments to discover Indian heritage.

What are the opportunities and challenges for Indian art, now and in the near future?

I feel there are great opportunities for Indian art in its research, publication and presentation. The challenges are that we don’t have enough art history courses and students who will take these opportunities.

Would you describe art/heritage as a public or private matter?

I feel it is neither. It is our common heritage. While experiencing art can be a private moment, it is the collective responsibility of private and public sectors to care, and preserve our heritage for the future generation.

What is your favourite piece/object from your collections and why?

The Mahadol. The form and scale of the object is amazing. This splendid carved wood and glass palanquin known as the Mahadol (the grand palanquin) was brought to Jodhpur as war booty after Maharaja Abhai Singh of Jodhpur (1724-49) captured Gujarat from Sarbuland Khan, its deposed Mughal governor.

A symbol of royal prestige, the Mahadol was carried on the shoulders of 12 men and was used during festivals or marriage celebrations by the ruler and queens.

The palanquin store or palki khanain, Mehrangarh once held several ‘Mahadols’, of which only one has survived.

This palanquin’s form is highly architectural, from the elegantly curved roof (reminiscent of 17th and 18th century Mughal and Rajput architecture) to its arched doorways and windows. The base features delicate lattice-like carvings of plants framed at joints by floral brackets that curve to form peacocks. The copper-wrought eaves that border the roof feature small hooks that were used to hang curtains to shield royal women from public gaze.