The Bad Boy’s Own Version 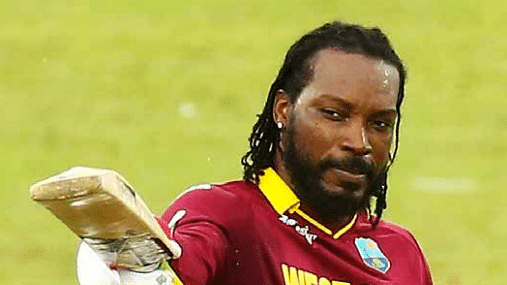 Chris Gayle has been painted as the bad boy of cricket. A T20 mercenary who is actively at the forefront of killing Test cricket. A poor role model who has brought cricket into disrepute with his casual attitude. In his autobiography, Six Machine, Gayle tells his side of the story.

Gayle feels palpably hurt when his commitment to cricket in general, and to Test cricket in particular, is questioned. Yes, he is the only—the only—cricketer in history to have a triple century in Test cricket, a double century in an ODI, and a century in T20I. In fact, he is one of the only four players in the history of Test cricket to have two triple centuries. He keeps reeling out statistics and comparisons to prove that he couldn’t have achieved what he has if he was not serious about cricket.

In fact, Gayle’s life has been consumed by cricket. His house was on the edge of the Lucas Club ground, the first cricket club in Jamaica that let whites and non-whites play together. George Headley played on that very ground, and Gayle spent all his non-school time playing cricket. He had the talent, the guidance and the environment to be picked up at a very early age and rose rapidly through the ranks. Nothing, Gayle repeatedly asserts, absolutely nothing can come between him and his cricket. Not even his partying.

Gayle is refreshingly unapologetic about his life off the field. There are two ways to read this part of the book. You can read it from your moral point of view, whatever it is, and form an opinion on Gayle’s candid description of his drinking and relationships with women. Or, you can read it from his point of view. “Doh judge mi,” he says. “Jamaica is not the same as England or Australia. We’re more relaxed about sex. We’re not so hung up about it. It’s no big deal.” A party that gets over at 2 am is no party; it should continue into the morning. But Gayle is at pains to stress that he knows where to draw the line. He has grown up seeing people, including his elder brother, squander their talent because their love for alcohol was greater than their love for cricket.

Of course, it’s in T20 that Gayle’s lust for cricket, his gladiatorial urge to dominate and the passion for partying come together in an explosive combination. And within it, the singular act of hitting a six defines his philosophy of life. Up, up and away. No going back to the room he shared with his four brothers.

Six Machine does a wonderful job of telling the story of a poor boy who made it big with his love for cricket and who doesn’t want to lose what he has gained. There is a delightful anecdote about when the other famous son of Jamaica, Usain Bolt, plays cricket with Gayle and actually dominates him with both bat and ball. Autobiographies by sportsmen, especially cricketers, usually tend to be bland, banal and politically correct with controversial issues carefully skirted around. Six Machine is a notable exception.

Aditya Nath Jha is the CEO of Krayon Pictures and the Executive Producer of National Award winning 3D animation feature film Delhi Safari. Prior to this, he was the global head of corporate marketing and branding at Infosys.