What If Madhuri Had  Not Done Ek Do Teen? 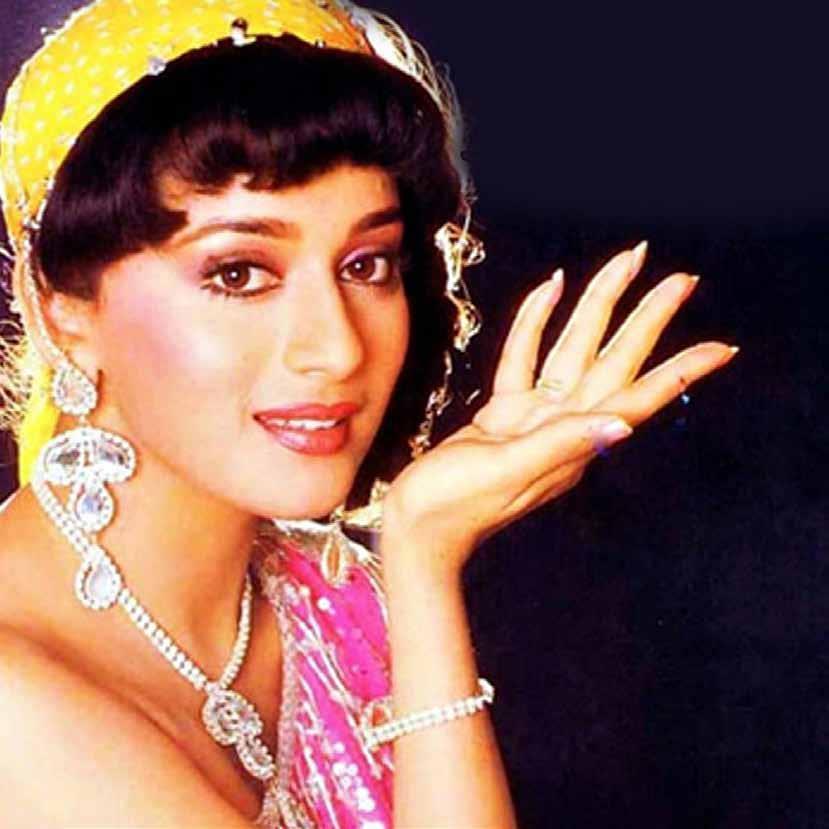 Dear reader, we initially thought this was an article on mathematics. We were fooled by the title. However, we have now found that this is a piece of great socio-economic significance, and also a poignant story about how the author’s career was hurt by Madhuri Dixit.

In 1988, Rajiv Gandhi was Prime Minister of the country. I was a trainee in an advertising agency now named after a dead, white person, in the city formerly known as Bombay. Your editor was also a trainee there. He spent most of his time hiding from the management.

We were in Nariman Point, surrounded by vada pao. We had a small audiovisual department. They occupied a tiny room just big enough to fit three people. It was filled with state-of-the-art equipment, which allowed us to transfer things from Beta to VHS. On the morning in question, I was supposed to transfer a copy of the latest Liril commercial and take it to our lords and masters at Levers. They were our lords and masters because they were over 50 per cent of our business.

I was in charge of Liril. I had a cupboard full of green bikinis. I was in a cruel and inhuman situation. They never took me for any of the shoots, but I had to keep track of the bikinis. I was also in charge of Lifebuoy, and something called Lifebuoy Personal, for which Ravi Shastri was the brand ambassador. This was at a time when Shastri was having chairs thrown at him at Wankhede Stadium (I’m not making this up). As a result, sales were not encouraging. Our boss was nervous. He was smoking like a chimney and swearing like a sailor. Getting this tape to Levers was critical. When it came to seeing Liril films, they did not like to be kept waiting. They fixed times and invited friends.

I pushed open the door of the tiny room to find all three members of the AV department sitting inside. Their mouths were slack. Their eyes were glazed. On the small monitor, they were watching a cute girl in pink shaking it like no one had ever shaken it before. As I watched, she finished, and started again. They had taken a 90-minute Beta tape and looped the clip so that it ran continuously. I humbly requested for the transfer. I told them that the Vice President (Marketing) of Levers, also known as God, was waiting, so if they could kindly, maybe? They waved me away. None of them spoke to me. None of them looked at me. Their eyes were glued to the screen. Their attention was completely focused. The atmosphere in that little room was the holiest that I have ever experienced, and I have sat in the front row with Mithun fans and watched Disco Dancer. I crept out, closing the door quietly behind me.

The very next day, the girl in pink cropped up in Vikhroli, in the evening, at the modest company accommodation of my college friend Venky. His full name was MP Venky. The “MP” stood for “middle-parting”. On campus, it helped to distinguish him from HB Venky. The “HB” stood for “Hiking Biking”, of which he was the secretary. MP Venky was quiet, thoughtful, and extremely smart. He now does clever things in Silicon Valley. I’ve never spent much time in Tamil Nadu. What little I know is mostly due to him. Venky shared with me his love for the author Sujatha, and the music of Ilayaraja, and educated me about Kamal Haasan. Rajinikanth I was already aware of.

On this particular evening, he had other things on his mind. “You have to see this film Tezaab,” he said. “You have to.” I’m not much of a moviegoer, so I asked him why. His eyes lit up. He leaped to his feet. I had never seen him so excited. “There’s this dance number, Ek Do Teen, with this girl called Madhuri,” he said, “You can’t believe what she does! First she goes like this.” He demonstrated. “Then she goes like this!” He demonstrated. He may have hopped a little. “Then she throws her breasts on the floor, to the right side, then immediately again on the left side, like this!” He demonstrated, heaving his torso. “And again! And again!” For a while he was unable to speak, due to lack of breath. The next day I went and watched Tezaab.

Like the Christian calendar, Indian cinema can be broadly divided into two phases—Before Ek Do Teen and After Ek Do Teen. These phases were defined by the answer to a simple question: Who’s going to shake it? Before Madhuri Dixit ripped apart the fabric of reality as we know it, nice girls did not shake it. Such entertainment was provided by bad girls. Bad girls in Hindi films were of broadly two types—vamps and tawaifs. Vamps were westernised. They smoked and drank. Tawaifs were more traditional. They poured drinks and held the hookah. There were also a few subroutines or sidebars, such as snake dance movies, in which the women danced like snakes, and the men were usually Amrish Puri.

But these things are matters of historical detail. The overall trend was towards itemization. Itemization, originally known as cabaret, was started by a lady called Cuckoo, in the 1940s. It was clearly an idea whose time had come. At one point, she did 17 films in one year. She was followed by Bindu and Padma Khanna and Aruna Irani, and of course, the Queen of the Cabaret, the hostess with the mostest, the undisputed champion, the one and only Helen. The fact that there is not a single statue of her anywhere in India shows how ungrateful we are.

While all this was happening, were heroines sitting idle? Not entirely. Vyjayanthimala invented the reverse buttock flip, in Hothon Mein Aisi Baat from Jewel Thief. Parveen Babi gave Amitabh something to think about in Jawaani Jaaneman from Namak Halaal. Like Rahul Dravid, Zeenat Aman batted steadily in a variety of conditions. Sridevi frequently found herself without an umbrella when she needed it most. As usual, injustice was done to Jaya Prada, and her contributions in films such as Tohfa have largely been forgotten.

But examples of heroines shaking it remained few and far between. Until Madhuri came along, the working girls still had a chance. They could earn an honest day’s pay for an honest day’s work. She was the one who single-handedly blew them away. She was so obviously a nice girl that the old distinctions between nice girls and bad girls dissolved away into nothingness. Madhuri gave birth to the “item number”. It’s called an item number because in Bombay slang, a hot girl is called an item, and because maal would have sounded too vulgar.

This has made working conditions much harder for heroines. Not only do they have to be slim, gorgeous, and shorter than Aamir Khan, they have to be expert shakers of booty. Sometimes they have to put up with other heroines intruding into their films, for the sole purpose of shaking booty. To make matters worse, nowadays, even the men are doing item numbers. Hrithik is frequently better than the heroines. This makes everyone fitter, but adds a whole new level of stress. It has also wiped out an entire profession. A simple girl from a small town, with modest talent but good flexibility, can no longer rise to fame and fortune through the simple act of a buttock flick. The heroine is already doing it for her.

What if there had been no Ek Do Teen? What if the art of cabaret had not been killed in 1988, by some, well, killer moves and a million-watt smile? A noble profession would have survived. The definition of good girls and bad girls would have been clearer, leading to less confusion amongst Indian youth, who, as everyone knows, form 53 per cent or something of the population. As the economy boomed, the films would have been bigger, just like today. The competition for better dance numbers would have increased.

Foreign infiltration would begin. Girls would come from Brazil and Russia, and Kazakhstan. Today Kareena and Katrina and Priyanka are fighting back on behalf of local industry, but what if they were all playing good girls?

With our finest items restricted by goodness, how could we have resisted foreign domination? It all starts with one Amy. It looks harmless. We enjoy the Amy. But the Amys multiply. The East India Company too started in exactly the same way, with one Englishman earning small amounts of money in the court of Jehangir. Thanks to Madhuri, in the area of items, India has nothing to fear. Inspired by her, our best and brightest are defending the nation from foreign influence, and holding the flag high, to such an extent that an 18-year-old English boy visiting our house took one look at the TV and said, “Ah, Kareena.” Such pride I felt that day. There is no doubt that we owe Madhuri a lot.

If she had found Dr Nene sooner, our lives would have been very different. I would have been able to get that tape transferred, for one thing, which I maintain is the main reason why they did not promote me, although the fact that I never wore socks may also have played a role. We would have gone on with our lives, all of us, not knowing what might have been.

Without Madhuri, there would have been an empty space in our hearts, a phantom ache with no reason why.