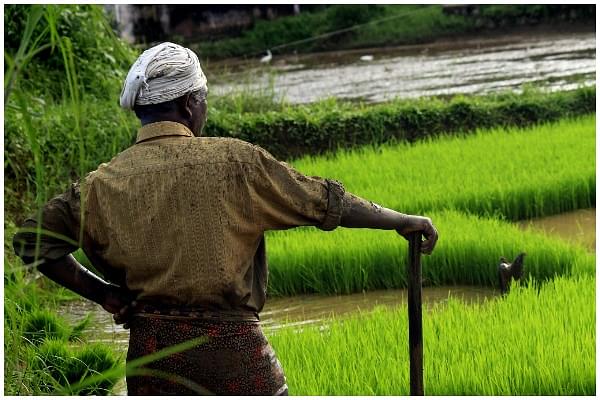 Farmers suicides continue in Maharashtra with at least 109 ending their lives during the nation-wide lockdown since 24 March to tackle the spread of novel Coronavirus (Covid-19).

According to The Hindu BusinessLine, at least two farmers committed suicide every day in the Marathwada region of Maharashtra between January and April.

The financial daily quoted the Aurangabad Divisional Commissionerate data that showed 231 farmers had committed suicide since the beginning of this year.

It said farmer suicides were recorded in all eight districts of the region. Marathwada is the stronghold of the National Congress Party (NCP) and its founder Sharad Pawar.

The NCP has 54 legislators in the 288-member Legislative Assembly with its ruling post-elections coalition partners Congress and Shiv Sena having 44 and 56 members respectively.

The Marathwada region played a key role in the NCP faring well in the Maharashtra Assembly elections held in October last year.

Anil Ghantwat, President of Shetkari Sanghatana which takes up the causes of farmers, told Swarajya that the situation was worrisome as growers were resorting to distress sale.

Growers of cotton, vegetable and grapes have particularly been affected by the lockdown.

“Vegetables and grapes are rotting in the fields,” the Sanghatana leader said, adding that the Cotton Corporation of India (CCI) was not procuring cotton, putting farmers in a fix.

“CCI is not procuring, saying that the government has asked to buy only fair average quality (FAQ) cotton, but there are three FAQ varieties,” Ghantwat said.

“But farmers have only medium or short term cotton. This has led to distress sale of cotton by growers,” the farmers’ leader said.

The minimum support price for cotton this crop year (October2019 -September 2020) is Rs 5,400 a quintal, but farmers are forced to sell at Rs 2,500, which doesn’t even help recover the growers investments, he said.

Superior quality onions are now fetching only Rs 500 a quintal against the cultivation cost of Rs 20,000.

“Many farmers cultivated onion hoping the lifting of the ban on its exports will spur prices. But that is not happening,” Ghantwat said.

Onion prices had run to a record of over Rs 100 a kg during October-November last year as unseasonal rains affected the crop and kharif arrivals got affected.

If such a situation continues, more farmers would be in distress, indirectly hinting that the number of suicides could rise.

When asked if Pawar had raised the issue with the Uddhav Thackeray government in which the NCP is an active ally, Ghantwat said the Marathwada leader had only sought help for sugarcane farmers.

Sugar cooperatives, in which sugarcane farmers are active members, are the ones from which Pawar draws his political strength.

Trading in agricultural produce has got affected due to the spread of novel Coronavirus (Covid-19) in the country and the nation-wide lockdown announced on 24 March to curb its spread.

Despite the Centre permitting harvest and sale of agricultural produce, farmers in Maharashtra seem to have been affected.

One problem that Maharashtra is facing is that it has reported the highest number of Coronavirus cases — 30 per cent of India’s total cases — in the country.