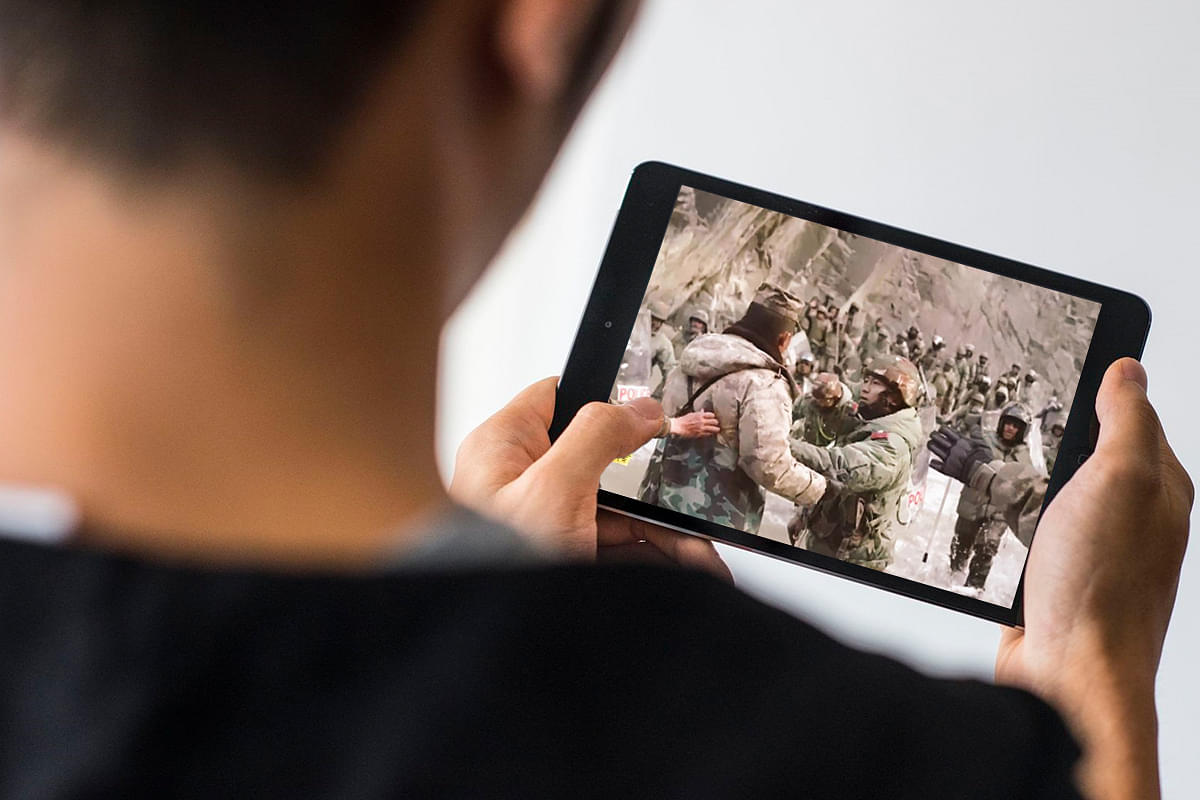 Last week, as the Indian and Chinese forces were disengaging in eastern Ladakh, China announced that it was honouring five People’s Liberation Army soldiers , four of whom had been killed by the Indian Army in the Galwan River Valley.

The announcement, which experts believe stopped short of giving the full picture of the casualties suffered by the Chinese side in the 15 June clashes last year, led to a barrage of hate and abuse against India.

Anti-India sentiment and racism surged on Chinese social media in the days following the announcement, and the Weibo account of the Indian Embassy in Beijing was flooded with angry, abusive messages.

“You are not worthy to talk to us…. barbarians only worthy of being killed,” said one of the most liked response on a recent post of the Indian Embassy on Weibo.

Weibo, which has “famously trigger happy” censors, has let the barrage of anti-India racism, hate and abuse “slide — and not just slide, but is actively promoting border-related hashtags at the moment”, writes Ananth Krishnan, The Hindu’s China correspondent, in his India-China newsletter.

“Weibo, incidentally, was censoring comments on the Indian Embassy’s account in 2018 and 2019 during the two Modi-Xi ‘informal summits’ when the account was putting out photos of the two leaders to ensure the optics weren’t disturbed and there was no unpleasantness,” he adds.

“Not an inch of our country’s mountains and rivers can be lost,” one of the most popular social media hashtag, was shared by many celebrities, including singer Hua Chenyu and pop group TFBoys, The Hindu’s report says, adding that the “hashtag had 1.6 billion views and generated more than 1.7 million posts”.

Weibo is, however, actively censoring criticism of the People’s Liberation Army and comments questioning the official line on the Galwan clash.

Some Chinese netizens have questioned the disengagement with India, wondering “which side has compromised and by how much”.

Some of the comments made by Chinese netizens include “China has given away too much — a piece for peace”, that “the concession was inexplicable” and “the agreement unfair and unfavourable to China”, writes Antara Ghosal Singh, a China watcher and researcher at the Centre for Social and Economic Progress.

On military forums, Chinese argued that the retreat was far from “equidistant”, saying China had retreated far more than India in the disengagement, giving away its key advantages at the northern bank of Pangong Tso.

China “had actual control of the region, was in a much stronger position and had much greater mobility as compared to India. But according to the new agreement, China must dismantle all the fortifications, buildings, cannon, positions, tents etc., built between F8-F4 and stop patrolling of the area as well. This is undoubtedly, India's victory...”, an anonymous account on chaojidabenying.net said.

Comments like “China has backed down, it is unwilling to fight” and “nonsensical compromise” were made by some commentators.

“Why should China make concessions before India has received enough lessons? India’s appetite is being satiated by appeasements”, said one commentator.