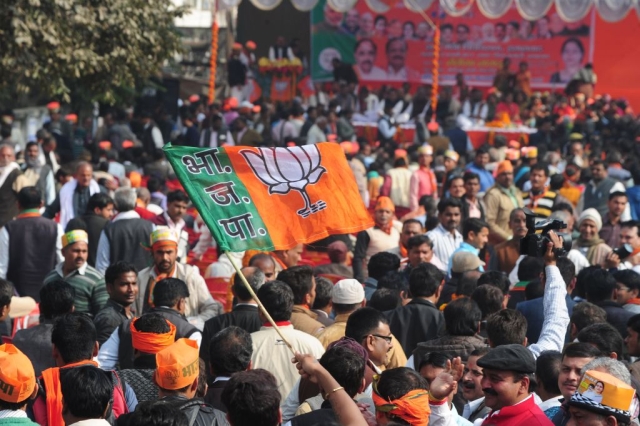 A week after the Election Commission announced the biennial election to nine Maharashtra Legislative Council (MLC) seats in the state, the Bharatiya Janata Party (BJP) has announced candidates for the four seats it will be contesting.

The party has nominated fresh faces — Pravin Datke, Gopichand Padalkar, Ajit Gopachde and Ranjitsinh Mohite-Patil — in place of old timers who were also in line for the four seats.

While Datke and Padalkar hold positions in the state party unit, the latter two are new entrants to the party having both jumped fences from the Vanchit Bahujan Aghadi (VBA) and Sharad Pawar’s Nationalist Congress Party (NCP) respectively.

Padalkar, who had previously contested and lost the Sagli Lok Sabha seat from VBA had then jumped to the BJP. He was fielded against NCP’s Ajit Pawar in Baramati, a seat the BJP wanted to wrestle out of the NCP’s hands. But Padalkar suffered a massive defeat as Pawar won by a record margin of over 160,000 votes.

Patil, a former NCP MP, is the son of former Maharashtra deputy chief minister Vijaysinh Mohite Patil, and had joined the BJP just ahead of the April-May Lok Sabha polls in Maharashtra.

This list of names comes as a major disappointment to the bigwigs, some of whom had also been sidelined during the 2019 elections but were hopeful of making it to this list.
Among the popular names that have missed the train are OBC stalwarts like Pankaja Munde, Eknath Khadse and former education minister Vinod Tawde among others.

Both Munde and Khadse have been vocal about their differences with those currently at the helm of affairs in the state party unit. While Khadse had been denied a ticket to the assembly polls in October, Munde heir to the party’s biggest OBC face Gopinath Munde had lost the Parli seat to her cousin Dhananjay Munde, who contested from the NCP.

The ruling allies NCP and Congress have not yet announced their candidates, while the Shiv Sena has already named Chief Minister Uddhav Thackeray and Deputy Chairperson of Legislative Council Neelam Gorhe as its candidates.