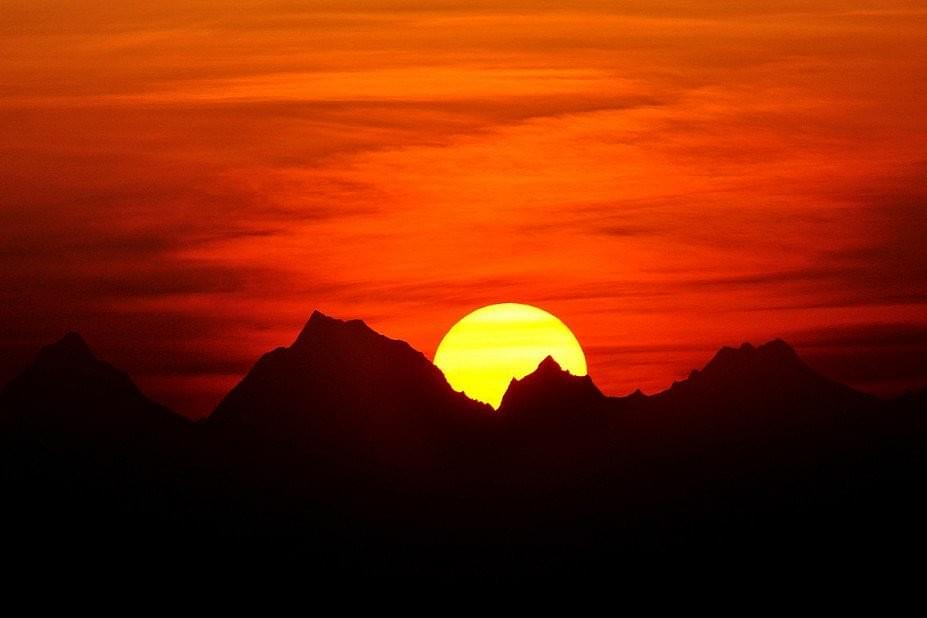 Aiming at enlightening people on the ancient form of health science and its benefits in curing various spinal disorders, a virtual event was unfolded for stakeholders on the issues of lower back pain or other such problems.

Presented under the Dekho Apna Desh webinar series, the unusual topic of “Nadi Vigyan: A complete solution for spinal disorders”, was showcased as part of India's culture and heritage in which tourism has a major role to play.

Pitching for ancient science, the Tourism Ministry highlighted the various aspects of Nadi Vigyan, apart from travel destinations associated with it.

The online session was moderated by Additional Director-General Rupinder Brar and was presented by Laxminarayan Joshi, Dean, Student Welfare and Founder of Department of Yogic Science, Uttarakhand Sanskrit University.

Accompanying him was Arpita Negi, Assistant Professor in the Department of Yoga Studies and Coordinator at ICDEOL, Himachal Pradesh University, Shimla.

Joshi opened the session by informing the viewers about the subject of yogic science- Nadi Vigyan.

According to Ayurveda, there are 3 doshas or three internal states of a body, namely Vata (air+ether), Pitta (Fire+ water) and Kapha (Earth+ water).

Joshi explained how any imbalance of these elements in the body leads to several disorders.

Thus, it is being stated in Ayurveda, that the diet plan of an individual should be made in consideration to the body type in sync with these elements.

For example, a person suffering from hyper-acidity is due to the imbalance or excess of Pitta in the body.

Therefore, he/she should take alkaline food in his diet which neutralises the acidity and balances the Pitta element of the body.

These elements can also be disturbed with age.

Nadi Pariksha (or pulse diagnosis) helps in determining the problems or disorders caused due to the imbalance of Vata, Pitta and Kapha.

The origin point of Nadi is called Kandasthana, which is the nabi (navel area) of the human body as navel is the central power of the body.

A baby in the mother’s womb also gets nourishment from the umbilical cord, which is also connected to the navel of the baby.

Our body consists of 72,000 nadis (or channels). The 72,000 nadis spring from three basic nadis – the left, the right and the central – the Ida, Pingala, and Sushumna.

The word “nadi” does not mean nerve. Nadis are pathways or channels of prana in the system. These 72,000 nadis don’t have a physical manifestation.

There are 72,000 different ways in which the energy or prana moves. If the pranic energy is moving through the left nasal passage which is through Ida Nadi, then the body will be more suitable for performing subtle exercises like yoga.

All these three nadis are connected to the spinal cord of the body.

Spinal disorders are caused due to the irregular body alignment and it may cause hindrance to the functioning of other organs of the body as most of them are connected to the spinal cord.

Joshi explained the technique of how he instantly cures his patients from lower back pain and various other back problems.

The practice of yoga allows free flow of energy inside the nadi and helps in detoxifying them.

According to Hatha yoga, we can maintain the blood flow through specific nadis by performing a few asanas.

Negi explained how performing various asanas like Makarasana (crocodile pose), which is also called as natural alignment pose, bhujangasana (snake pose), shavasana and bhujang shavasana, which is the combination of bhujangasana and shavasana help in curing the various spinal disorders and problems.

The Uttarakhand government and Uttarakhand Tourism Board celebrate International Yoga Week from 1 March to 7 every year.

Joshi invited the viewers to this festival in the coming year to explore more about the Nadi Vigyan and other forms of health science and also to have a wholesome experience in the mesmerizing state of Uttarakhand.

The National e-Governance Division (NeGD) created by the Ministry of Electronics & Information Technology (MeitY) has been playing a pivotal role in supporting the Ministry in conducting of the Dekho Apna Desh Webinars by providing technical assistance directly with a professional team thereby ensuring effective citizen engagement and communication with all stakeholders using the digital experience platform.