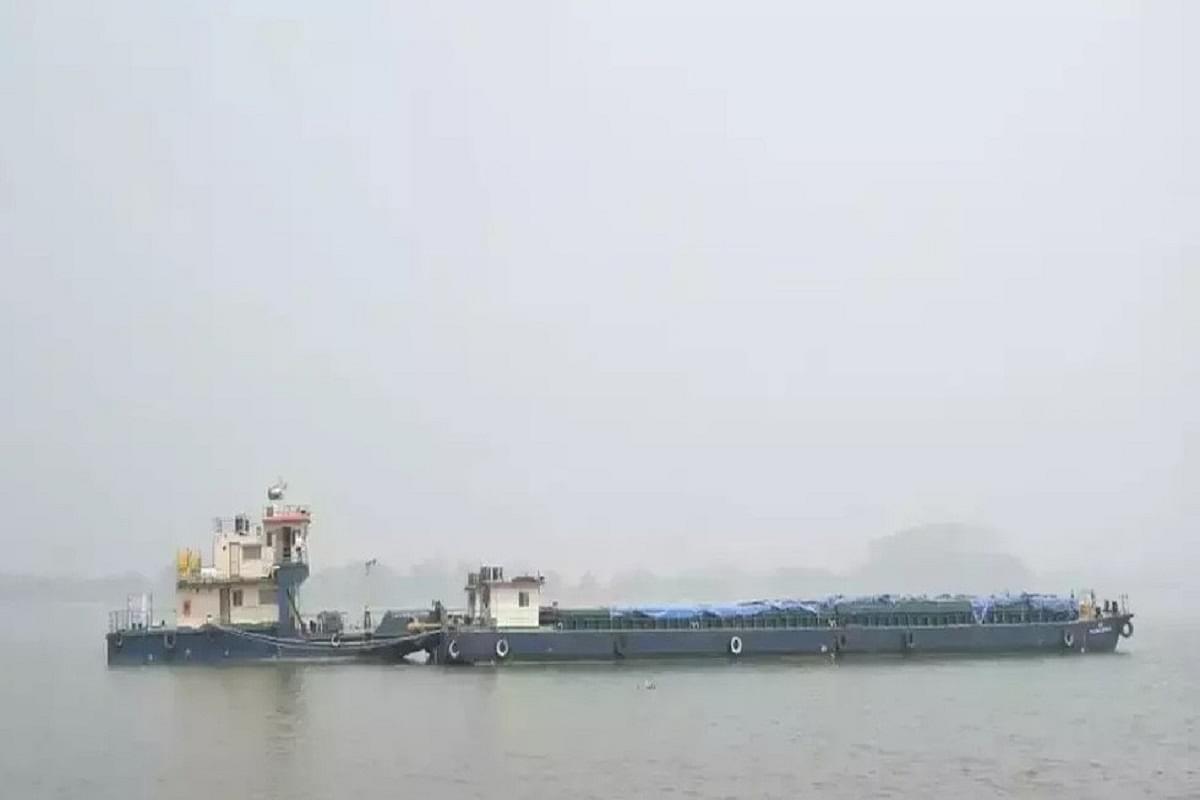 In a landmark achievement, the longest vessel cruised along the Brahmaputra river and with this, it successfully completed the aspiring pilot run of heavy cargo movement from Haldia dock in Kolkata after it anchored at Pandu port in Guwahati on Tuesday (15 March).

The Ministry of Ports, Shipping and Waterways achieved this success when the MV Ram Prasad Bismil became the longest vessel ever to sail on Brahmaputra. The 90 metres long flotilla is 26 metres wide, loaded with a draft of 2.1 metres.

The vessel along with two barges — DB Kalpana Chawla and DB APJ Abdul Kalam — were flagged off from the Syama Prasad Mookerjee Port in Haldia by Union Minister of Ports, Shipping & Waterways Sarbananda Sonowal.

The significance of this pilot run lays down the path for the commencement of barging operations from Kolkata to Guwahati via Indo Bangladesh Protocol Route (IBRP). The consignment — loaded with 1,793 MT of Steel rods from Tata Steel in Jamshedpur — had a requirement of a 2.0 metre draft.

The engineering marvel of this historic consignment remains at maintaining the minimum navigational draft of at least 2.0 metres, especially at critical stretches like Sirajganj — Daikowa stretch of IBPR. The government of India along with the government of Bangladesh funded the dredging of this stretch — with 80:20 ratio respectively — for seamless navigation.

The Inland Waterways Authority of India (IWAI) as well as Bangladesh Inland Water Transport Authority (BIWTA) worked together so that this historic cargo movement can move smoothly.

In order to revive and rejuvenate the vision of Prime Minister Narendra Modi to bring ‘Transformation through Transportation,’ the government took the onus of dredging and made the conduit a safe and smooth sail for vessels.

Sonowal said, “The vision of our Prime Minister Narendra Modiji is to energise the Ashtalakshmi potential of Northeast to power the growth engine of India. Under his vision of ‘transformation through transportation,’ we worked tirelessly to rejuvenate the water transport in the region. This is not only the cheapest and ecologically most adapted mode of transportation, it also allows the long awaited connection for the business of Northeast through the marine network with the rest of the world."

He further said, "As the pilot run of this longest vessel plying on the Brahmaputra anchors a success at Pandu today, we must recognise that this was made possible by the team to chalk out a working route during this season of challenging depth at many stretches. We remain deeply committed to bring business viability of water transport in Assam and reinvigorate the vitality of Brahmaputra as Northeast India’s economic fortune.”

It must be noted that the minimum available depth for the last two years 2019-21, between Dhubri and Pandu stretch was 2.2 metres at Brahmaputra.

Expressing gratitude on this watershed moment of economic history of Assam, Sonowal added, “For the people of Assam, the Brahmaputra is the lifeline. This was understood by the Prime Minister which is why he envisioned the growth of this ecologically sensitive region via a medium that is widespread, economic and environment friendly.”

Under the National Perspective Plan of the Sagarmala Programme, 14 coastal economic zones (CEZ) were envisaged including three in Tamil Nadu. Subsequently, it was proposed to create an institutional framework and develop one CEZ project on a pilot basis for enabling port-led industrialisation and incentivise employment generation.

The government has accorded approval for development of 11 corridors (32 projects) in four phases as part of National Master Plan for providing multimodal connectivity to economic zones which are under various stages of conceptualisation/development/implementation.