Explained: How India Got Excess Rainfall For The First Time In 25 Years And Why Predicting Monsoon Is Hard 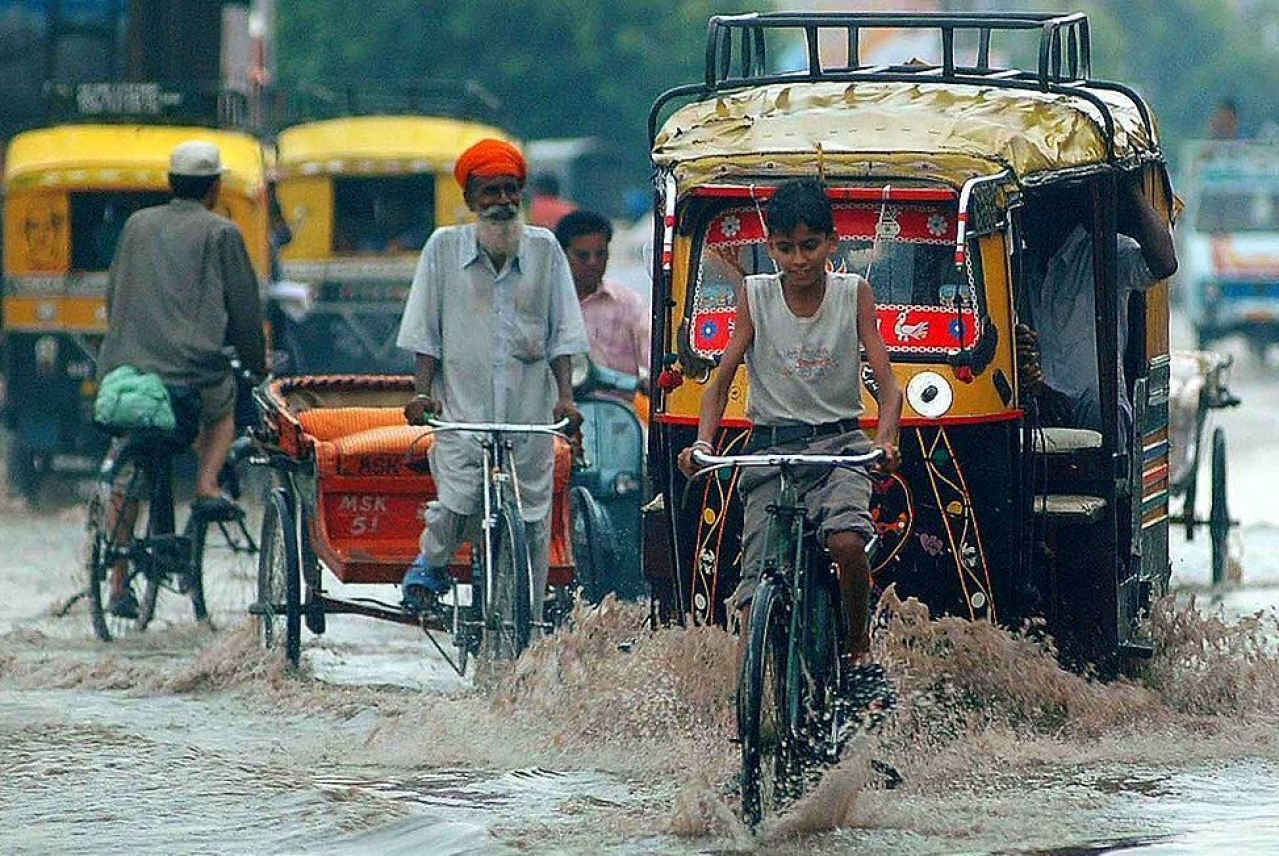 Indian commuters make their way along a waterlogged street during a heavy downpour of monsoon rain in Amritsar. (NARINDER NANU/AFP/Getty Images)

This fiscal, India experienced its first excess monsoon in a quarter-century. After surprising the country with unexpectedly higher showers in September, the Monsoon season officially ended yesterday (30 September).

While the month of September saw a staggering 52 per cent higher-than-normal rainfall, the overall rainfall surplus was 10 per cent. This is the wettest September the country has seen in over a century and second wettest since 1901 when Indian Meteorological Department (IMD) started record-keeping.

How do we define excess rainfall

A year is declared as an excess rainfall year by the IMD if the rainfall is in excess of 10 per cent of the Long Period Average (LPA).

LPA is the average of 50 years’ rainfall observed during the south-west Monsoon for the whole country. The current LPA is 89 cm, based on the average rainfall from 1951 to 2000. This acts as a benchmark against which the rainfall in any monsoon season is measured.

Rainfall is said to be ‘deficient’ if it falls below the 90 per cent of LPA and excess if it is above 110 per cent of the LPA. IMD terms the Monsoon ‘normal’ when the rainfall is within 4 per cent deviation from LPA - higher or lower.

How is data collected for the rainfall

The IMD operates close to 3,500 rain-gauge stations across India in 2,412 locations. The daily observations from these are used by the agency to prepare a weather forecast.

The agency prepares monsoon statistics for different administrative units like district, state, region and the whole country. For convenience, the IMD has divided the country into 36 meteorological subdivisions.

The statistics for the four broad regions- North and Northeast India, South peninsula, North-west India and Central India are compiled to produce the overall rainfall of the country.

In 2015, IMD ditched the earlier approach of relying only on statistical models and started testing a dynamical system. Former used the data of different variables like sea-surface temperature, pressure etc in the month of February-March, used them to correlate with the monsoon rainfall for past hundred years. This data was used for extrapolation to forecast a particular year’s monsoon.

On the other hand, the dynamical system simulates different weather variables at a chosen set of locations on a given day. Powerful computers then calculate how these weather variables will change over days, weeks, months by solving physics equations. These equations define how one variable, like temperature, is related to the another, like pressure.

IMD is on the path of employing more powerful computers, giving more localised forecasts and warn changes in weather 10-15 days ahead, which will be particularly useful for the farmers.

The numbers this year

This came as a surprise because IMD had predicted a normal monsoon rainfall at 96 per cent of LPA with a 4 per cent error-margin. Private forecaster Skymet had forecast a below-average monsoon at 93 per cent of LPA. This was the first time since 2013 that the actual rainfall turned out higher than the IMD’s forecast.

The Monsoon entered Kerala a week late on 7 June, and by 27 June, India had gotten only around 66 per cent of the rainfall it normally gets in the month of June. Both Cyclone Vayu formed in the Arabian Sea and Western disturbances were obstructing the monsoon.

While both the IMD and Skymet had forecast that the situation will become more favourable as El Nino would have subsided and the Indian Ocean Dipole become positive in later months, they didn’t come close to predicting such a high magnitude of the rainfall.

Why forecast was off the mark

D Sivanand Pai, IMD’s lead monsoon forecaster said that the excess rainfall was a result of low pressure systems from Bay of Bengal persisting longer in the land. A low pressure pulse formed in the Bay of Bengal close to 30 June and later moved to the land, bringing copious amounts of rain.

Prediction of monsoon is difficult, much more than other phenomena, say frontal cyclones formed in the Atlantic Ocean that hit United States. In fact, meteorologists consider the Indian monsoon to be the most complex weather system in the world.

Indian monsoon depends on several variables which often under-cut each other. Not only the data of different variables is hard to get, but also the physics of the monsoon is not understood by the scientists completely.

A ray of hope is that as IMD employs more powerful computers to simulate coupled ocean-atmosphere models, which are difficult to simulate, the forecast will become more accurate. India is also conducting several experiments- both atmosphere and ocean-based- to understand the monsoon physics a little better.