Explained: Why Some States Have Invited Applications From Non-Muslim Refugees And Why CAA Is Yet To Be Notified 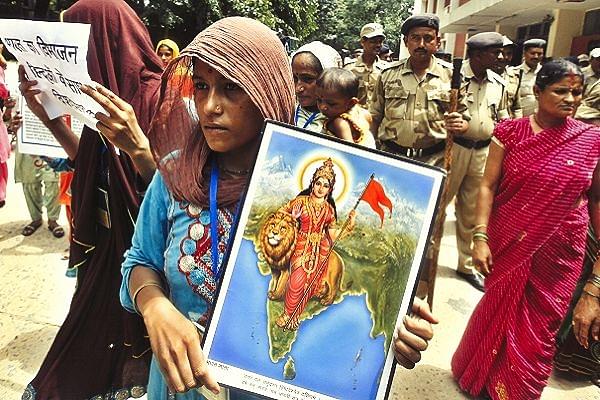 The Government of India has invited the persecuted members of non-Muslim communities (Hindus, Sikhs, Jains and Buddhists) from Afghanistan, Bangladesh, and Pakistan who are currently residing in 13 districts of Gujarat, Rajasthan, Chhattisgarh, Haryana and Punjab, to apply for Indian citizenship.

An order to that effect has been released by the Ministry of Home Affairs (MHA).

The persons currently living in the districts of Morbi, Rajkot, Patan and Vadodara of Gujarat, Durg and Balodabazar in Chhattisgarh, Jalore, Udaipur, Pali, Barmer and Sirohi in Rajasthan, Faridabad in Haryana and Jalandhar in Punjab are eligible.

This is in addition to the 16 districts in seven states that were given powers to verify and approve citizenship under the Citizenship Act, 1955 (and Rules framed under the law in 2009).

Now, the provision is being implemented in a total 29 districts in nine states. Interestingly, the MHA order makes no mention of West Bengal and Assam - both of which have long borders with Bangladesh. It is also in no way connected to the Citizenship Amendment Act (CAA) enacted in 2019.

What is the procedure under the 1955 act?

The MHA order has been issued under the older Citizenship Act passed in 1955 and not under CAA 2019. Reportedly, a similar notification was issued in 2018 as well for other districts in several states.

Under the 1955 Act, the people who are neither born in India, nor can claim citizenship based on ancestry (Illegals are excluded) can also become a citizen of India by registration, by fulfilling any one of the criteria, like being Indian-origin.

A person can also become a citizen by naturalisation — this has the broadest eligibility. There are no requirements of Indian descent, birth or Indian origination.

To become a naturalised citizen, a person must be residing in India throughout the 12 months preceding the application for citizenship.

Also, immediately before these 12 months, the person must be residing in India for a total of 11 out of 14 years.

The option of naturalisation or registration is not available to illegal immigrants.

(For legal migrants, who want to apply for citizenship of India, all the rules are the same. There is no discrimination between Muslims and non-Muslims. Muslims from Pakistan, Bangladesh, Afghanistan can also become Indian citizens through the legal ways, like everyone else.)

The illegal migrants are foreigners who enter India without a valid passport or travel document, or stay beyond the permitted time.

The Act states that Hindus, Sikhs, Buddhists, Jains, Parsis and Christians from Afghanistan, Bangladesh and Pakistan will not be treated as illegal migrants, and therefore, be eligible for naturalisation.

This exception has been provided as the above communities, facing religious persecution, were forced to cross the border to save their lives and dignity.

Also, under provisions for citizenship by naturalisation, they will have to fulfill the requirement of five years’ of residence in India, as opposed to 11 out of 14 years for others.

The Act exempts all north-east states except non-Tribal areas of Tripura and Assam. It also puts a cut-off date - only those who have come to India before 31 December 2014 are eligible.

Since the notification is issued under the 1955 Act and not CAA 2019, the abovementioned exemptions will not be available to the targeted refugees.

“In exercise of powers conferred under Section 16 of the Citizenship Act, 1955 (57 of 1955), the central government hereby directs the powers exercisable by it for registration as a citizen of India under Section 5, or for grant of certificate of naturalisation under section 6 of the Citizenship Act 1955 in respect of any person belonging to the minority community in Afghanistan, Bangladesh and Pakistan namely, Hindus, Sikhs, Buddhists, Jains, Parsis and Christians, residing in the districts mentioned and the states mentioned."

Therefore, only those members will be able to gain citizenship who are legally in India currently, for example, on long term visas. Most of those applying are reportedly on Long Term Visas (LTVs).

And, they will have to fulfill the requirement of 11 out of 14 years’ residence in India (as opposed to only five years under CAA 2019).

The order gives the powers to the the district collector or the home secretary of the state, as the case may be, to make such inquiry as he considers necessary for ascertaining the suitability of the applicant. He can then forward the application online to such agencies for verification and comments.

Why government hasn’t yet framed the rules under CAA 2019?

The reasons can be varied - the government is busy battling the novel Coronavirus pandemic, and notification of rules could give rise to a fresh surge of anti-CAA protests.

Also, India has been cooperating with different countries over oxygen, drugs and other equipment supply. CAA rules notification could also spark protests in those countries, and mobilise the anti-CAA global lobby to pressurise governments to stop the support.

The electoral defeat in West Bengal might also have sent the government into thinking mode about priorities.

Overall, it is clear that the government is hesitant in implementing the CAA 2019 and would rather progress at a piecemeal pace.