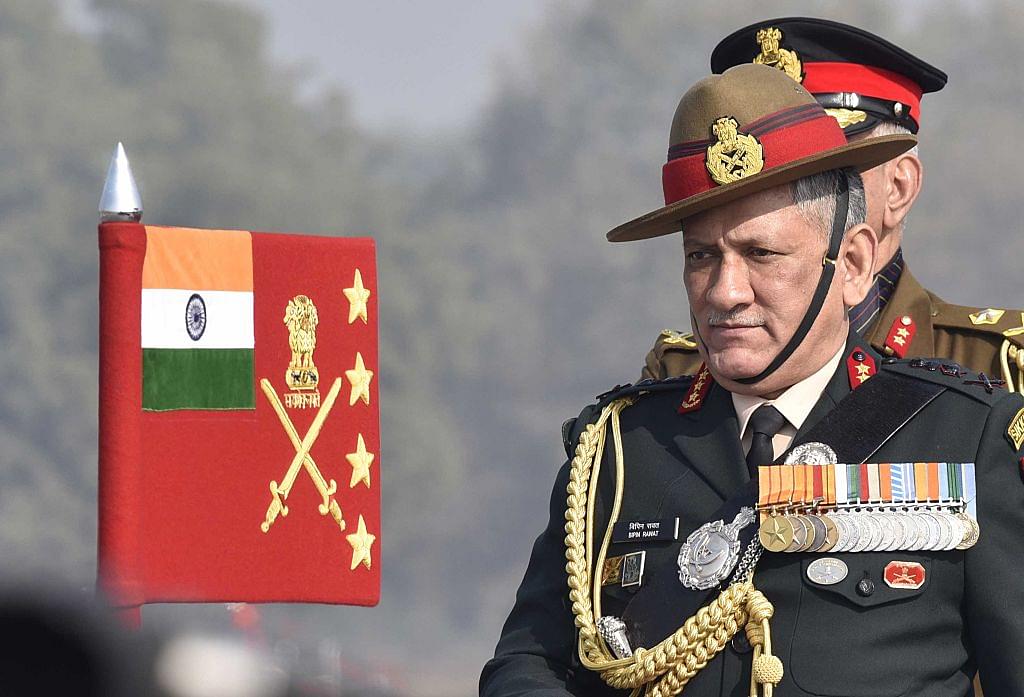 On this Independence Day, Prime Minister Narendra Modi announced one of the most awaited military reforms — establishment of the post of Chief of Defence Staff . The reform, which had remained stuck due to lack of political consensus and resistance from within the services, will have a major effect on how the three sword arms of the Indian Military — the Army, Navy and Air Force — coordinate with each other.

While work continues on this front, the Indian army is undergoing its own set of reforms. Army Chief General Bipin Rawat, who is likely to be the first CDS, discussed these reforms in a recent interview with The Print’s Snehesh Alex Philip.

The army is breaking down its bulked-up formations into brigade-sized groups called IBGs. These formations, which will be self-sustained fighting components including elements like infantry, armoured artillery and air defence, can be activated at short notice (within 12-48 hours ) and tasked with achieving a limited objective.

Their small small size will make these formations leaner and meaner, and give them formations agility. As a result, these forces can surprise the enemy.

When India mobilised its forces after the Parliament attack in 2001, the forces took weeks to prepare for it, losing the surprise element.

The process of formation of IGBs will start with the Yol (Himanchal Pradesh)-based 9 Corps, which is responsible for the International Border with Pakistan in Jammu and Kashmir. The next to be re-organised into IBGs may be the Siliguri-based XXXIII Corps.

The resources allocated to the IGBs will depend on the terrain, threat and task.

India’s effort to acquire new artillery, starting in the 2000s, had largely been a saga of numerous issued and cancelled tenders. Currently, the Army is inducting new artillery guns for the first time since the Bofors scam of the late 1980s.

The induction of M777 light weight Howitzers, of which 145 have been ordered by the Indian Army, has begun. Given their light weight, these guns can be easily deployed in the mountainous terrain along the border with China. The M777s can be airlifted using the Chinook helos inducted by the Indian Air Force recently.

Induction of K9 Vajra, a tracked, self-propelled artillery gun, is also underway. Because the K9s are mounted on a tracked vehicle, they are capable of keeping up with tanks and other mechanised vehicles. India is getting 100 of these.

The 155mm/45-calibre Dhanush howitzer, developed by the Ordnance Factory Board, is also adding to the Army’s firepower. Six of these guns, part of the Army’s first order of 114, were handed over earlier this year.

A second indigenous gun, called Advanced Towed Artillery Gun System, has successfully completed trials in different terrains, from the deserts of Rajasthan to the heights of Sikkim. User trials are expected to begin soon.

To transform the Army into a leaner and meaner force, the Army chief has decided to not continue with induction of more troops. The third division of Panagarh-based 17 Corps or Mountain Strike Corps will not be raised, he has said.

“Wherever China builds a road, we go and sit there thinking, what if China comes from this way. In the mountains, the situation (on LAC) is not like what is at the LoC. Here, we need to use technology rather than depend on boots on the ground. I am not saying boots on the ground are not important, but we have to prioritise where we want our boots,” he was quoted by The Print as saying.

“Second division is under raising. We are raising only two divisions,” he noted.

To give special training to selected jawans, the Army will be starting a Junior Leader Training Wing at its Chennai-based Officers Training Academy. Under this programme, the skills and capabilities of selected jawans will be enhanced to help them clear the Service Selection Board Exam, a requirement they need to fulfill to become officers.

Apart from military training, the programme will focus on the development of leadership traits in jawans. According to The Print’s report, the Army will select 100 soldiers for two batches each with a gap of six months.

While the Army gets much needed firepower, the Army chief has shifted the focus on the importance of a healthy lifestyle for soldiers.

Rawat said that the Army has “stopped a lot of people from getting promoted”. Recently, there was a Brigadier who was retired despite being approved by the board to be Major General. A large number of officers have been stopped from going to foreign missions as they were not physically fit to meet the demands of their job.

He also noted that the officers who are joining the Junior Command Course will not get higher instructor grading if they do not clear the physical test.