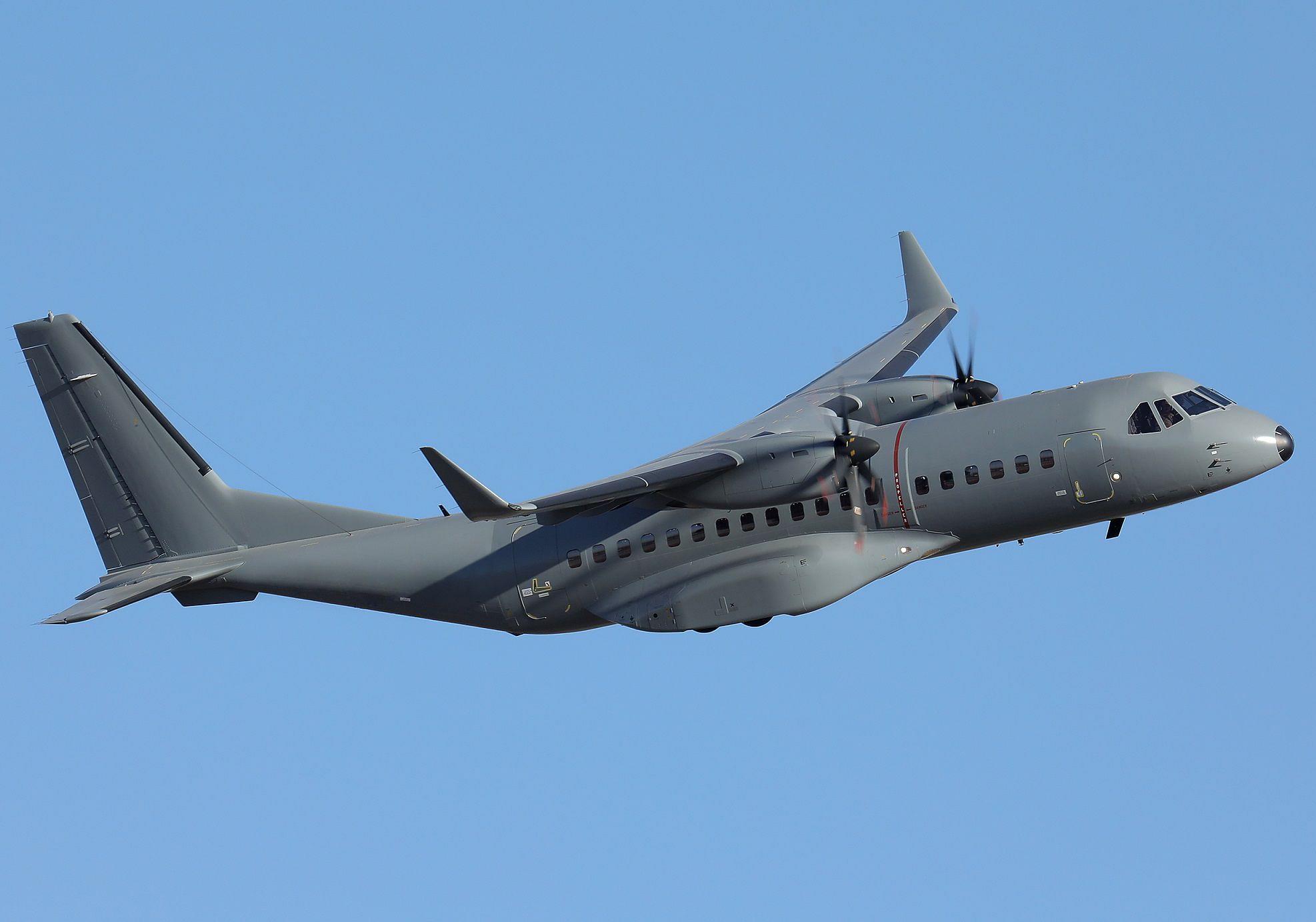 A C295 in-flight during a military mission. (Airbus)

The Ministry of Defence signed a deal with Airbus Defence earlier today (24 September) for the purchase of 56 C-295 transport aircraft for the Indian Air Force.

Under the Rs 22,000 crore deal, 16 aircraft will be delivered in a flyaway condition while the remaining 40 will be manufactured in India in collaboration with Tata Advanced Systems Limited.

The long-pending deal for the twin turboprop transport aircraft will bring much-needed relief not only for European aerospace giant Airbus, which has seen its campaigns for lucrative defence contracts in India fail over the last few years, but also for the IAF.

For the IAF, C295s will come as replacements for its ageing Avro HS748 transport aircraft. The first of the now vintage aircraft flew with the IAF for the first time in the early 1960s. Around 50 of these, licence-produced in India by the Hindustan Aeronautics Limited, are currently in service.

The C295 is a tactical transport aircraft capable of lifting 6 tonne — it can carry five cargo pallets or 71 troops or 50 paratroopers. The rear ramp door of the aircraft can be used for quick reaction and para dropping of troops and cargo.

It has been designed to provide low-level flight characteristics for tactical missions, flying at speeds down to 110 knots.

The aircraft can land on and take off from short, unprepared airstrips not accessible to heavier transport aircraft, a feature which makes it useful for operations from advanced landing grounds along India’s China frontier.

"With cabin dimensions of 12.7 m/41 ft 8 in, it has the longest unobstructed cabin in its class. It can accommodate up to 71 seats, offering a much higher personnel-carrying capability than its competitors. For the same reason, it can carry much more palletised cargo (up to five 88 in by 108 in standard HCU-6E pallets) with direct off-loading through its rear ramp door," it adds.

Also Read: How The C295 Aircraft Deal With Airbus Will Bring Relief For IAF And Indian Defence Industry