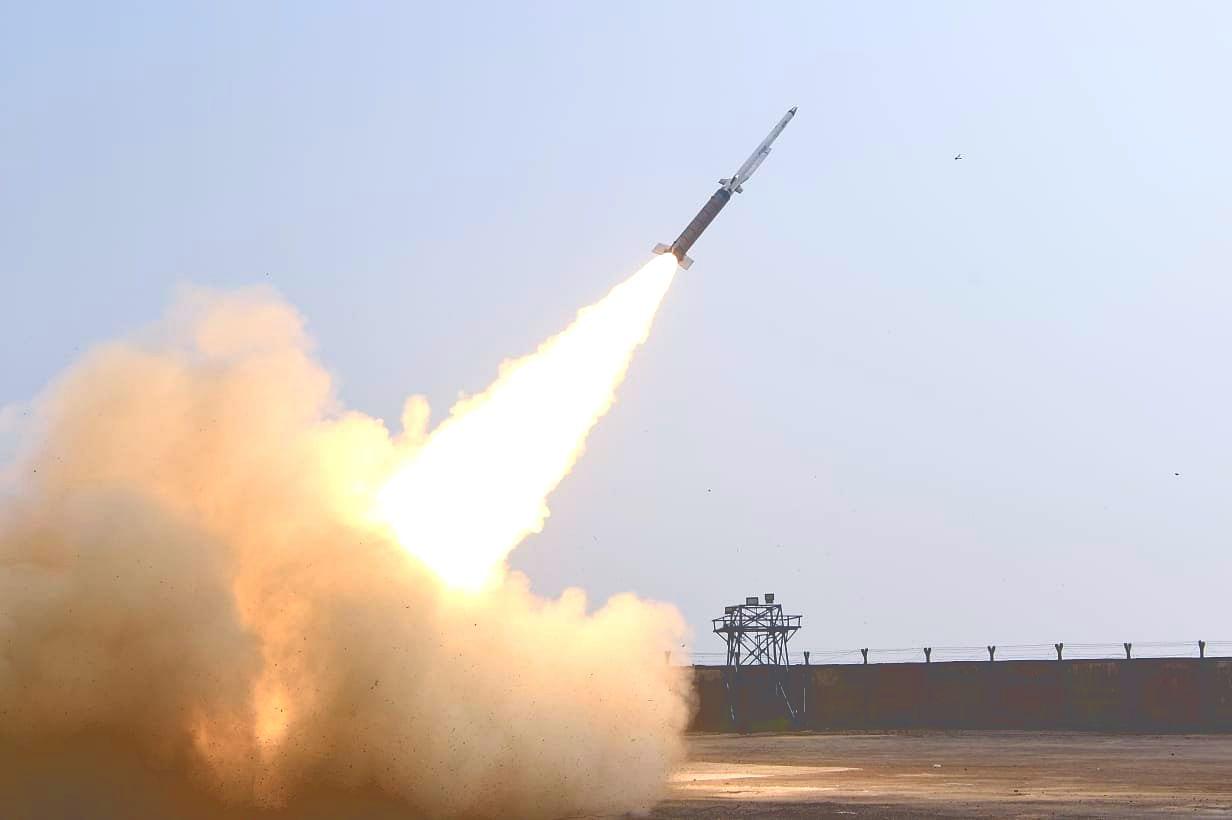 Earlier today, the Defence Research and Development Organisation (DRDO) tested its Solid Fueled Ducted Ramjet (SFDR) technology with a demonstration flight from the Integrated Test Range off the coast of Odisha.

The test, DRDO said, helped prove many technologies and sub-systems, including the ground booster motor and nozzle less motor.

The development of SFDR technology will enable India to make its own long-range air-to-air missile, which could mirror the capabilities of the best missiles in this class, like MBDA’s Meteor, which the Indian Air Force uses on its Rafales.

India has been working on the Mark-II version of home grown Astra air-to-air missile, which will have a range of around 160 kilometer.

The SFDR propulsion system, which was also tested in 2019, is critical for the missile’s performance in the terminal phase of its flight towards the target.

The Meteor missile also depends on its ramjet propulsion for “more energy to maneuver during the endgame of the engagement”.

The development of the Astra missile began in 2001.

The Mark-I version of the missile was tested for the first time in May 2003. Since then, Astra Mark-I has been test-fired multiple times, and has been integrated with Su-30 MKI. In September 2019, the missile, test-fired from an Su-30MKI of the IAF, hit a target 90 kilometer away. The air-to-air missile has already been ordered in large numbers for the Indian Air Force and the Indian Navy.

All About India’s 160 Km Range Astra Mark-II Missile, Which Could Soon Be Tested For The First Time