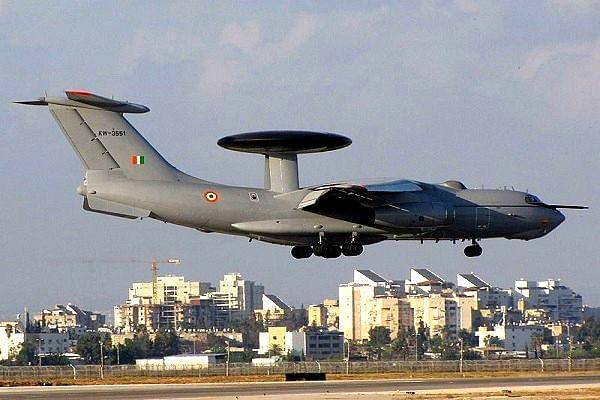 The deal valued at around $1 billion presently, was derailed at least a couple of times in the past due to the high costs involved.

The report quotes several highly placed sources as stating that the Cabinet Committee on Security (CCS) is all set to give its final nod to the deal after extensive inter-ministerial consultations.

The deal would entail acquisition of the two AWACS, with the Israeli PHALCON early-warning radar system mounted on Russian Ilyushin-76 heavy-lift aircraft, which will be delivered in three to four years.

The two new Phalcons will add to the existing three Phalcon AWACS acquired by IAF between 2009-2011 under a $1.1 billion deal inked by India, Israel and Russia in 2004. However, the new aircraft would be more advanced than the older phalcon aircraft.

The Phalcons are powerful “eyes in the sky” which can detect and track incoming fighters, cruise missiles and drones much before ground-based radars meanwhile directing defence assets to tackle any breach of air space.

The decision to procure more such surveillance aircraft is being felt due to the fact that Pakistan already has seven such aircraft in service, while the IAF only has five.

Post-Balakot, Pakistan was able to cover its territory with round-the-clock AWACS surveillance, while India could only have AWACS up for 12 hour stretches at the northern and western borders.

The Israeli-built PHALCON system comes equipped with a high-tech Green Pine radar system, which has a range of 300 to 500 kilometres. The same aircraft was used to direct operations against a Pakistani squadron in Nowshera on 27 February.

On the other hand, Pakistan Air Force has at its disposal three SAAB-2000 and four Shaanxi Y-8 turbo-prop AWACS. The SAAB aircraft have altitude limitations due to the use of turbo-prop engines.