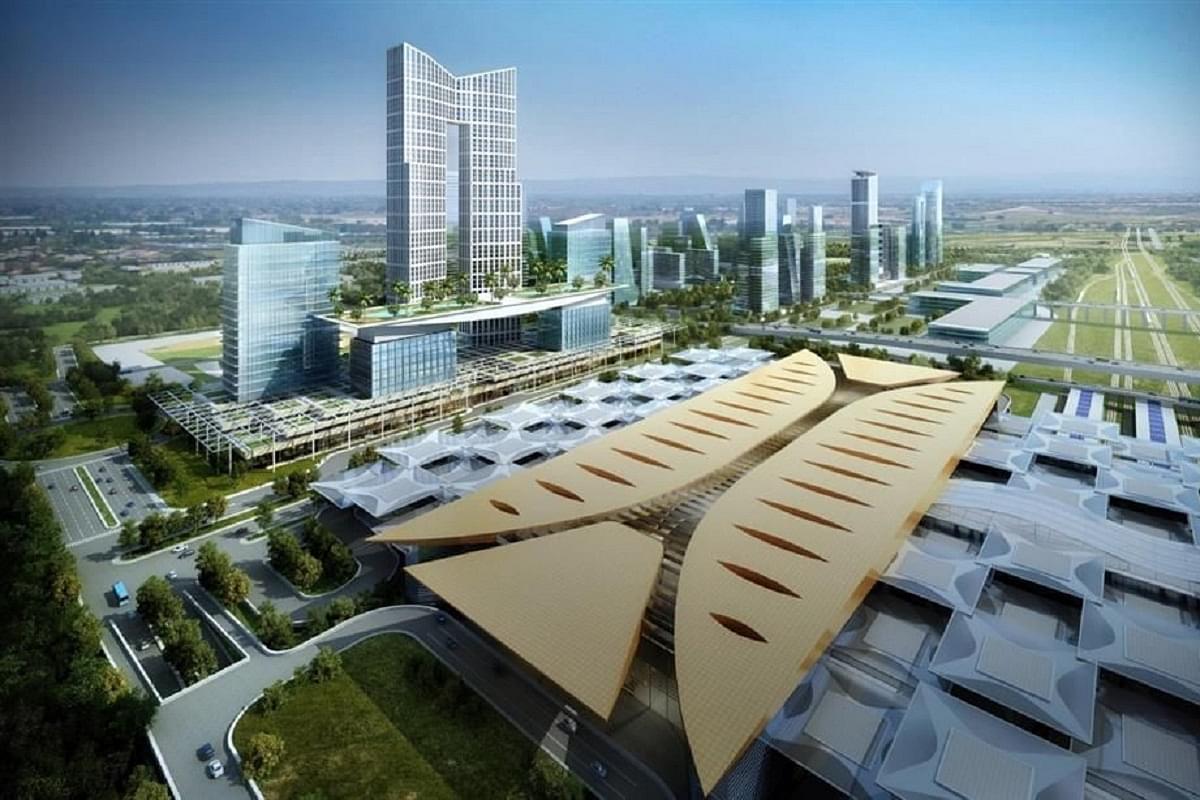 An artist's impression of the project. (PIB)

In a visionary development for the future with a handling capacity of more than 3 lakh passengers per day, an inter-modal station (IMS) at Ajni in Nagpur is envisioned as a state-of-the-art facility integrating several transport modes such as road, rail and metro.

Situated at a distance of about 2.8 km from Nagpur Railway Station, Ajni Railway Station is in the vicinity of Nagpur in Maharashtra on Delhi-Chennai line.

The Rail Land Development Authority (RLDA) has signed a memorandum of understanding (MoU) with National Highways Authority of India (NHAI) for construction of IMS Ajni. IMS will be developed over an area of 44.4 acres, with another 148 acres earmarked for future commercial development.

As a terminus alternative to Nagpur, the IMS shall be conveniently accessible from the city with connectivity via approach roads, metro, intra-city buses, private cars, taxis, para-transit options, as well as forms of non-motorised transport.

There would be a provision of high speed corridor of 40 metre width for future expansion.

Fifteen cities across the country are being selected for development of inter-modal stations, of which Nagpur and Varanasi have been selected as pilot projects.

In Indian cities, transport hubs like bus terminals, railway stations and others are located far from each other, so inter-modal transfers create pressure on the congested roads.

IMS are being planned in an integrated manner along with road network development through new connecting roads, bridges and flyovers.

The terminal infrastructure which integrate various transportation modes like rail, road, bus rapid transit, inland waterways, taxis and private vehicles under one roof so that people can move from one mode to another seamlessly, said a senior official involved with the project.

The station will cater to passenger volumes for next 30 years and will have world-class amenities like foot overbridges with travellators, subways, common waiting rooms, clean toilets and restrooms, integrated public information systems, modern fire-fighting and emergency response services, convenience stores.

It would be environmentally friendly building as roof over platform to be designed to collect rain water for harvesting to maintain water balance, and for installation of solar panels to reduce the overall energy consumption.

The facility will be planned to cater to passenger volumes for the next 30 years and shall greatly enhance the passenger carrying capacity of transport terminals in the city.

In addition, the station shall also serve to decongest the roads of Nagpur city by moving transit passengers and inter-city buses away from the city centre. This will enable seamless transit, be well connected to evacuation infrastructure like national highways/ring roads and provide key infrastructure facilities for all bus operators.

The implementation and operation of the IMS will be done by a special purpose vehicle (SPV) between the Ministry of Road Transport and Highways through NHAI, Railways Ministry and state governments.

Members of the SPV will provide paid-up capital or land as part of their equity contribution to the SPV.