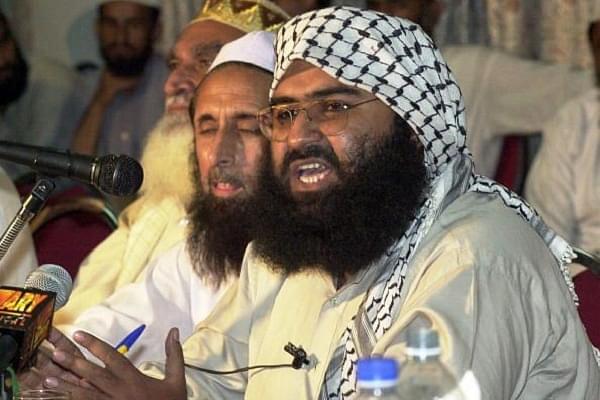 With the crucial Financial Action Task Force (FATF) meet beginning in Paris from Monday (17 February), the founder of the internationally banned terrorist group, Jaish-e-Mohammed leader Masood Azhar has gone missing along with his family, reports Wion.

Economically embattled Pakistan, told the global terror financing watchdog FATF that the terrorist has gone missing as it meets to decide whether the Islamic nation stays in or out of the 'Grey List'.

The Grey list is expected to make it difficult for Pakistan to get financial aid from institutions like the International Monetary Fund (IMF), the World Bank, the Asian Development Bank, and the European Union.

It has been claimed that Azhar has suffered a renal failure and requires regular dialysis which is being taken care of in a Pakistan military hospital.

A few days ago, Ehsanullah Ehsan, the Tehreek-e-Taliban Pakistan (TTP) spokesperson, who was responsible for the terror attacks on Malala Yousafzai and the Peshawar Army School, had escaped from a military prison.

Earlier this week, Pakistan sentenced Mumbai terror mastermind Hafiz Saeed, for five and a half years in prison in connection with two terror financing cases. But experts felt that it was merely an attempt by Pakistan to create the right optics before the FATF.

The Hafiz Saeed conviction is classical Pakistani deceit and deception. Only the naive will not be skeptical about the conviction because it changes nothing in Pakistanâs use of jihadist terror for security & foreign policy objectives...my take for @orfonline https://t.co/vxqB7HAeuI

Writing for the Observer Research Foundation (ORF), Sareen claims, Saeed will appeal in the High Court and will be granted bail. Or the army may ask him to stay in prison for a few years.

Incidentally, Saeed is still the leader of the banned Islamic terror group Lashkar-e-Taiba (LeT) which according to experts is the para-military force of Pakistan’s Inter Service Intelligence (ISI).