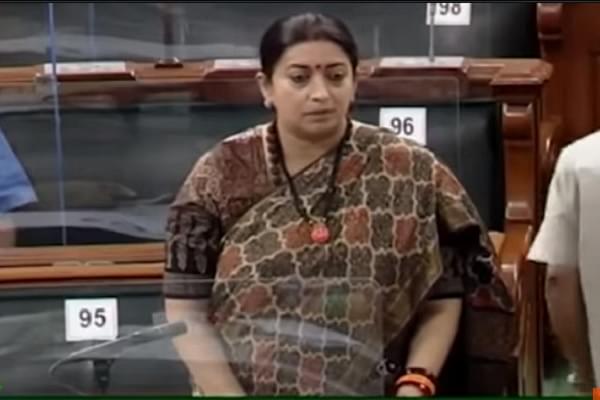 The Lok Sabha on Wednesday (24 March) unanimously passed a bill to strengthen the provisions of Juvenile Justice (Care and Protection of Children) Act, 2015 to ensure better protection and adoption of children.

Union Minister of Women and Child Development Smriti Zubin Irani, while addressing the House, said that the amended bill would address various issues flagged by a panel that had looked into the working of the Juvenile Justice (Care and Protection of Children) Act, 2015.

Offences which are punishable with imprisonment between three to seven years will now be non-cognizable (where arrest will not be allowed without warrant).

The Bill provides that any person aggrieved by an adoption order passed by the District Magistrate may file an appeal before the Divisional Commissioner, within 30 days from the date of passage of such order. Such appeals should be disposed of within four weeks from the date of filing of the appeal.

The Minister said that the purpose of the Bill is to provide protection to children residing in childcare units as well as those rescued from somewhere.

The government planned for the amendment in the Bill after an audit of more than 7,000 childcare institutes being run in India to find loopholes in their functioning, the Minister said, adding almost 90 per cent of them are run by NGOs.

In an audit, the Minister said it was found that 29 per cent of the institutions were not registered.

"There are many states where 26 per cent institutes have no women employees, 15 per cent don't have separate beds for the child, among other discrepancies.

"One fourth said that child welfare committees had not visited ever in these institutions," the Minister said, adding "the amendment I am pushing aimed that we should not wait for child to become a victim".

The Minister stressed on the need for supervision of every institution through the Bill.

In the adoption amendment, the Minister said, we are giving full powers to District Magistrates, saying "we (the Central government) are prioritising our children in the past 70 years history of the country."