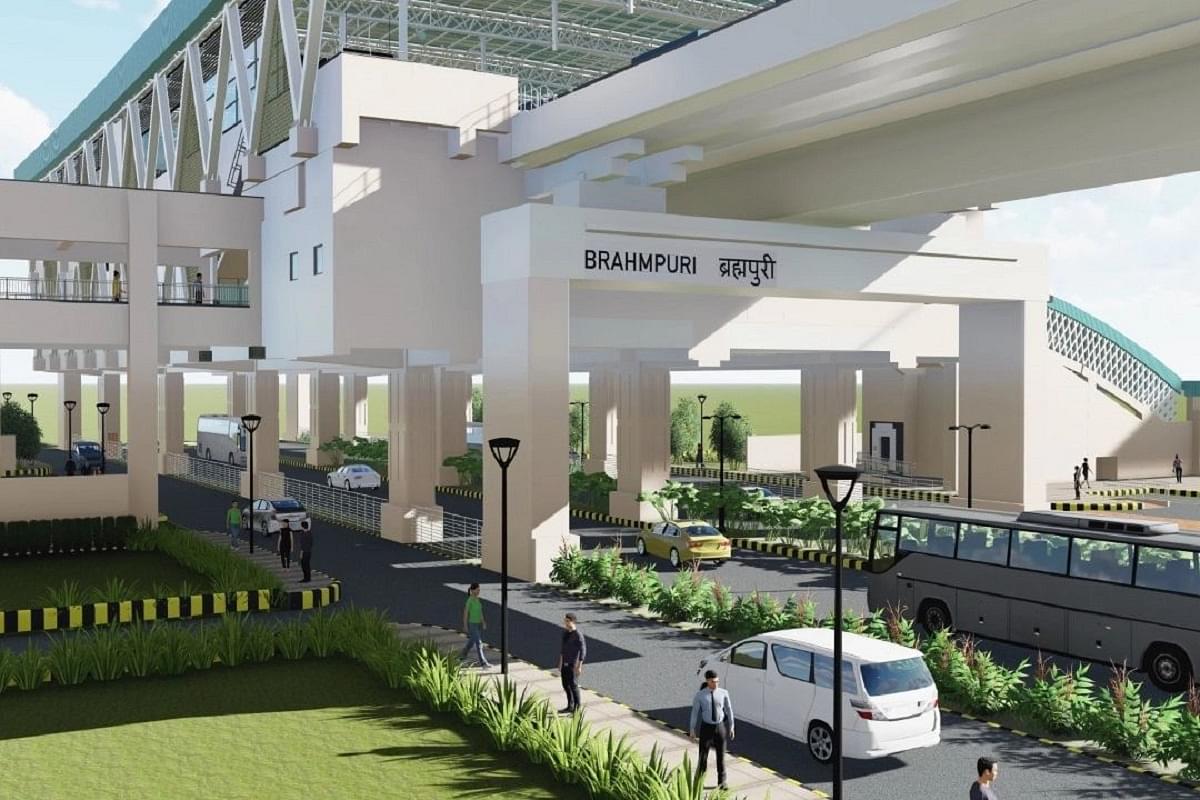 An artist's impression of the Brahmapuri Station project.

Construction work on Brahmapuri Station in Uttar Pradesh’s Meerut is progressing at a fast pace.

It will be an important station of the Meerut Metro as it would have a dual purpose of facilitating metro service as well as Regional Rapid Transport System (RRTS) for Delhi.

The passengers will be able to board the metro service at Brahmapuri Station to travel to different areas of Meerut while the station will also be the boarding point for travelling to Delhi through the RRTS station.

According to National Capital Region Transport Corporation (NCRTC), the station is a crucial link for integration of RRTS with Meerut Metro.

Meerut Metro will have 13 stations in the span of 21 km and run on the RRTS network. These 13 stations will be used for local transit needs. This will be a unique integration where RRTS and local transit will share the same infrastructure to provide the commuter swift change from one to the other without causing any discomfort and make the travel experience comfortable.

At present, the work of constructing pillars for Bhrahmapuri Station is being carried out. Brahmapuri is an elevated station, pillars for which are being constructed in three parallel lines with four pillars in each line as the station will be constructed on a total of 12 pillars.

The length of the Brahmapuri Station is about 75 metres and the width is about 32 metres. The platform level of the station will be at a height of about 17 metres. For seamless entry and exit of the station, service lanes will be constructed along the main road, through which vehicles travelling to and fro from the station can move freely without hindering the traffic flow on the roads. All facilities like AFC (automated fare collection) gate, ticketing counter, customer service centre and security check post will be at the concourse level of the station.

The facilities of modern information displays, digital maps and washrooms will also be provided at the concourse level.

After crossing the Brahmapuri Station at some distance this alignment will move underground through a ramp, construction of which is in progress. The next station, Meerut Central, is an underground one.