Minor Schoolgirl, A Hindu, Attacked With Blade By Stalker Danish Khan In Jhansi 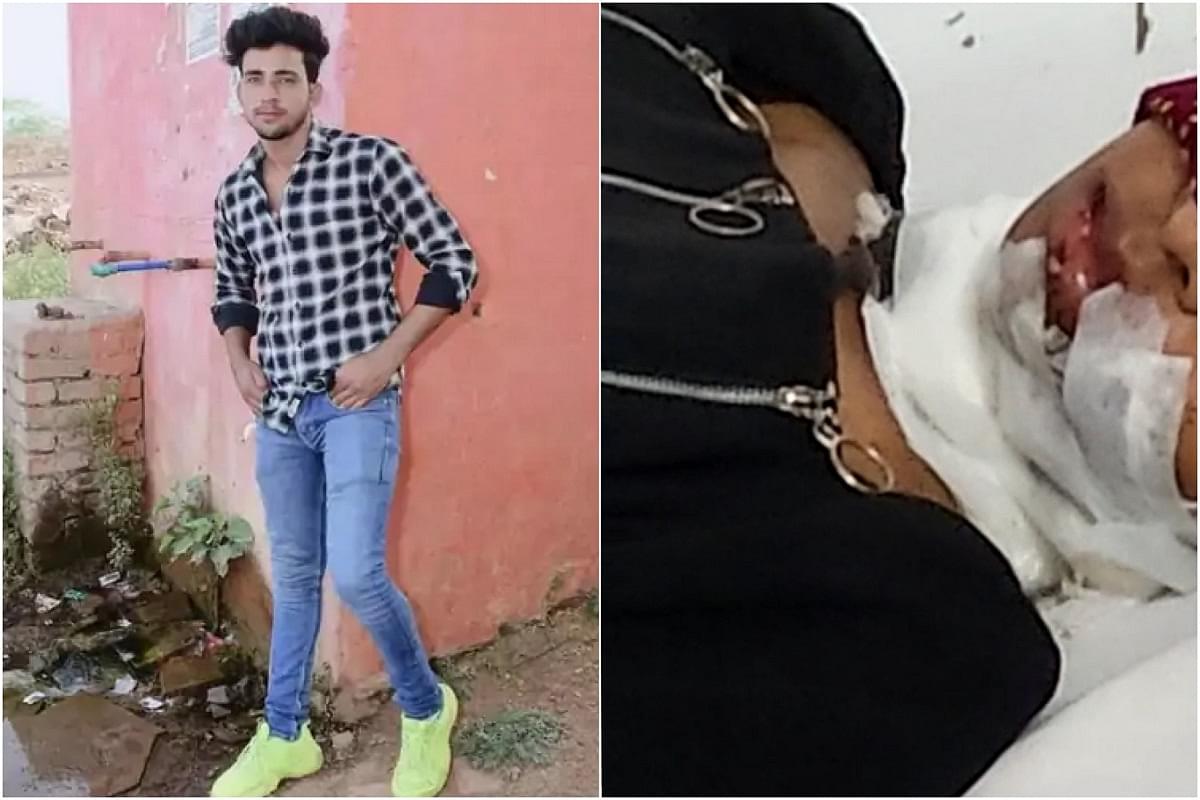 Left, accused Danish, and right is the girl in the hospital.

A Hindu girl, reportedly a minor, was attacked with a blade on her neck and face by a man named Mohammed Danish Khan in Uttar Pradesh’s Jhansi district on Monday evening.

The girl is in the hospital and, as per police, her life is out of danger.

The girl’s mother told the media that the girl had gone to her coaching institute when Danish tried to kill her with the weapon. She was saved only because a friend of hers appeared on the scene.

When asked about Danish, the mother said that he was a stalker who was after her daughter for two years, and he had managed to get her phone number from the coaching institute.

“Three months ago, we went to his house to talk to him. He apologised to us and promised that he would not go after our daughter. His mother held out feet in apology too. But today, he attacked my daughter,” she said.

The mother further told the media that the cuts were deep and many.

The officer says, “When the victim’s family was questioned, it came to light that the girl used to talk to the boy in the past. It was regarding this that a spat broke out between the girl and the boy. The boy has been booked under IP section 307 (attempt to murder).”

The officer says five teams have been formed to arrest the culprit.

As per a report by Dainik Bhaskar, the girl is a student of Class XII and her father is no more. The perpetrator, Danish, is a resident of Karari village near Gwalior Road in Jhansi.

Swarajya has been reporting on the issue of targeting of women, particularly minor girls, for conversion to Islam. These cases often involve Muslim men hiding their name and identity to trap women in relationships to eventually convert them or killing them for refusing to do conversion-nikah.

When a college student named Nikita Tomar was killed by Mohammed Tausif Ahmed in 2020 in Haryana’s Faridabad district, her family put a large banner outside the house that said, “Nikita Tomar (1999-2020). Shot dead by Tousif in broad daylite [daylight] for refusing to convert and marry him.”

Readers may read some cases reported by Swarajya of such murders here:

‘Shot Dead By Tausif For Refusing To Convert And Marry Him’, Nikita Tomar’s Family Hangs Banner Outside House

How Sherkhan Met Naina Kaur, Became Obsessed With Her And Murdered Her

‘All Political Parties Visited Us, But We Got No Justice,’ Says Family, A Month After Their Daughter Was Allegedly Raped And Killed In UP’s Lakhimpur

‘She Would Cry For Hours; Never Told Us Why’. Two Years After Her Murder, Ekta Jaswal’s Family Has No Answers To How Saqib Trapped Her