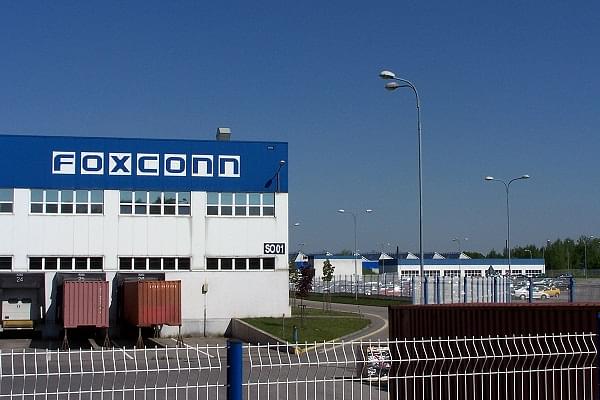 As a validation of the NDA government’s Production Linked Incentive (PLI) scheme, Apple’s exports from India for the financial year 2021-22 are being pegged at Rs 10,000 crores. The multinational tech giant had set up its production facilities under the PLI scheme and within a year of the same, the figures have manifested India’s potential as a manufacturing hub.

Rajeev Chandrasekhar, the Union Minister of State for Entrepreneurship, Skill Development, and Electronics & Technology, cited Apple’s export numbers in a tweet, while applauding the “big success of PM Narendra Modi’s AatmaNirbhar Bharat and PLI scheme” saying that “India in on way to becoming a significant hub in global electronics value chain.”

Under the PLI scheme, two contract manufacturers were selected for the production of Apple’s smartphones, namely, Foxconn located in Tamil Nadu and Wistron located in Karnataka. The exports have been facilitated by these manufacturers with a larger share being attributed to Wistron as Foxconn was inoperative in the months of December and January, courtesy a food poisoning case. While Wistron manufactured SE 2020, the most exported iPhone models, the next most exported models iPhone 11 and 12 are manufactured by Foxconn which soon plans to produce iPhone 13 too.

Pegatron, which is Apple's second-largest contract manufacturer in the world, has also been selected under the PLI scheme to begin production in India from next month. As Apple’s third Taiwanese contract manufacturer in India, Pegatron has set for itself a target of producing goods worth more than Rs 8,000 crores in India. “Pegatron will soon commence production and it has submitted its estimated production for the year with the government, and a significant portion produced will be for exports,” reported Economic Times quoting a source directly privy to the matter.

Electronics was the first sector wherein PLI was introduced.

In all, five global and local firms each have been selected under the scheme. The global firms include – Samsung, Foxconn, Rising Star, Wistron, and Pegatron. Lava, Bhagwati (Micromax), Padget Electronics, UTL Neolyncs, and Optiemus Electronics are the Indian contract manufacturers selected under the PLI scheme.

With annual incentives ranging between 4-6 per cent, the PLI for smartphone sector has a total allocation of Rs 40,951 crores. To qualify for the incentives, the manufacturers are required to meet incremental production and sales targets. In this context, the newest entrant Pegatron will invest Rs 250 crore to become eligible for the incentives under PLI.