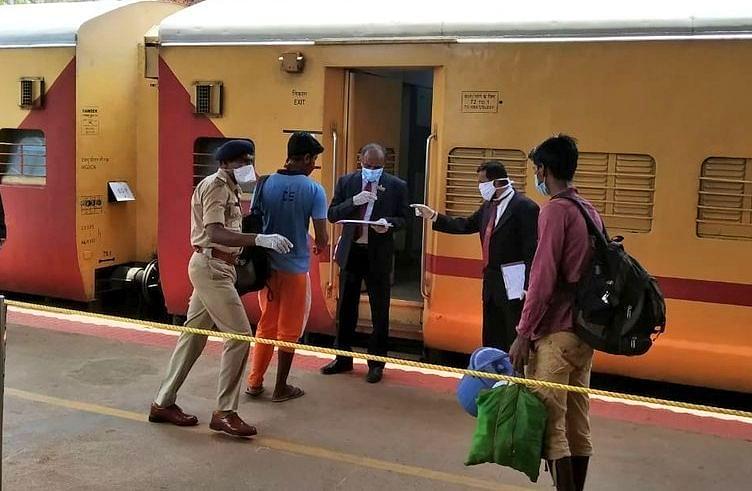 Resolving the problem of heavy congestion on certain rail routes, Indian Railways has pressed more than 3,000 Shramik Specials into service carrying over 40 lakh passengers till Monday.

With the starting of airline operations, now more and more stranded passengers are likely to return to their homes.

The congestion on some rail routes earlier created problems for many trains, particularly those heading for Uttar Pradesh and Bihar, causing massive delays and inconvenience to passengers onboard in the summer time.

While some trains were diverted to avoid the congested routes, many managed to reach their destinations after several hours of delay.

However, that has been resolved now and we have operationalised 3,060 Shramik Special trains till Monday morning across the country will transport more than 40 lakh passengers to their home states in 25 days, said a senior Railway Ministry official who added, “The congestion witnessed in the rail network on May 23 and 24 is over.”

The congestion had occurred due to convergence of more than two thirds rail traffic on routes to Bihar and Uttar Pradesh and late clearance of the terminals due to health protocols that needed to be completed by state authorities, according to railways.

The matter has been resolved through active consultation with state governments and also finding other feasible routes for the journey.

Shramik Specials were launched for the movement of migrant workers, pilgrims, tourists, students and other persons stranded at different places.

Also, these Specials were terminated in various states across the country. The top five states where maximum trains terminated are Uttar Pradesh (1245), Bihar (846), Jharkhand (123), Madhya Pradesh (112) and Odisha (73).

In addition to Shramik Specials, Railways is also running 30 pairs of special trains connecting New Delhi from May 12 and plans to start 200 more time-tabled trains from June.