Status Update: India's Covid-19 Situation At The Beginning Of The Festive Season 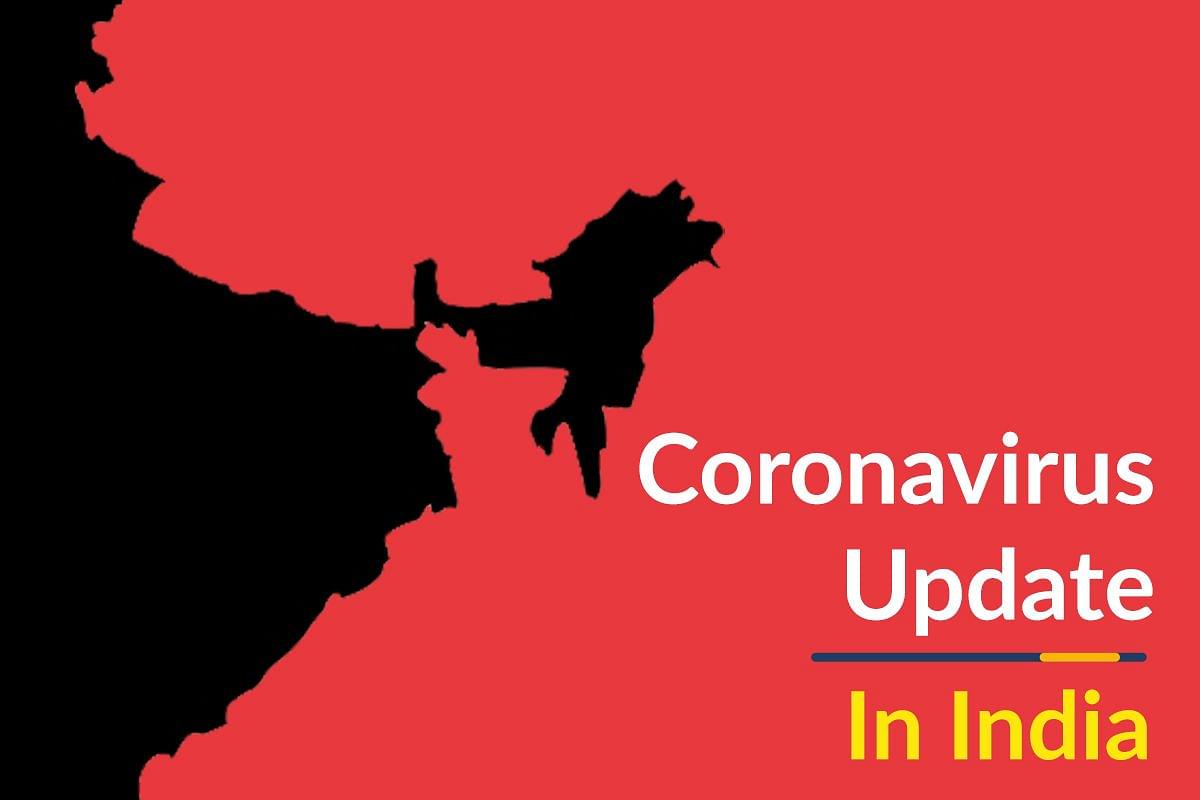 The Centre remained cautious ahead of the festival season, which began on 7 October with Navaratri, as India recorded 19,740 new coronavirus cases in the last 24 hours, down 7.1 per cent from the previous day, 8 October.

The Centre has already warned states to take necessary steps during the festive season to ensure that the number of Covid-19 cases does not rise once the celebrations are over.

However, the nationwide vaccination drive has resulted in the administration of nearly 94 crore vaccines, bringing India closer to the 100 crore mark.

According to figures from the Ministry of Health, more than 79.12 Lakh doses were administered in the last 24 hours.

According to the government, 71 per cent of India's adult population got at least one dose of Covid-19 vaccination, with 27 per cent having received both doses.

Meanwhile, AIIMs Director Randeep Guleria has issued a warning that the epidemic is far from finished.

Union health ministry’s joint secretary Lav Agarwal said: "On an average, 20,000 Covid-19 cases have been recorded daily. Of these 56 per cent of cases were reported from Kerala last week.”

The Gujarat government on 8 October has decided to extend the night curfew in eight cities throughout the state for a month. As reported, the restrictions in place to control the spread of the virus have been extended till 10 November in Ahmedabad, Vadodara, Surat, Rajkot, Gandhinagar, Junagadh, and Bhavnagar.

Gujarat celebrates the nine-day Navratri holiday lavishly, but officials have called for a pause in celebrations to ensure that the situation doesn’t go beyond their control. The state’s caseload of the Covid-19 climbed to 826,099 on 8 October, while the death toll remained unchanged at 10,085.

In West Bengal, which is preparing for the biggest festival of the state —Durga Puja — the number of Covid-19 cases rose to 15,74,801 on 8 October after the state reported 784 new cases, according to a bulletin from the health department. Now the state’s death toll stands at 18,882.

According to reports, the Calcutta high court has allowed certain limitations on this year's Durga Puja festivities, enabling vaccinated people to offer 'pushpanjali' (offering flowers to the deity) and participate in 'sindoor khela' (a tradition where women smear each other with sindur).

The court has again placed a prohibition on people entering Durga Puja pandals, noting that the limitations imposed in 2020 will apply this year as well.

Delhi on 8 October reported zero Covid deaths and 39 new cases. The positive rate in the National Capital has now decreased to 0.06 per cent, according to officials.

Meanwhile, the Delhi Disaster Management Authority (DDMA) issued an order on Friday requiring all government personnel, including frontline workers, healthcare professionals, and instructors working in schools and colleges, to get vaccinated by October 15 or face being barred from working.

The government also has verified 14,605 applications for a one-time ex-gratia payment of Rs 50,000 to relatives of Covid victims. The funds have been distributed to 13,005 people. Families of 2,196 individuals on the official list of those classified as Covid fatalities voluntarily opted out of the system, according to the government.

However, according to the latest reports, the Delhi Police had filed an FIR against the Luv Kush Ramlila Committee for allegedly breaching Covid regulations. On 8 October, the police issued a challan to the organisers under section 188 of the IPC (disobedience to order properly proclaimed by public servant) at Ramlila ground.

In Karnataka, on 8 October, 397 new Covid-19 cases were reported, with 5 fatalities, bringing the overall number of infections to 29,80,170 and the death toll to 37,866. Just a few days ago the Karnataka government has released recommendations to handle crowds for the holiday. It was said that only 500 individuals will be permitted to take part in the 'Jambu Savari' (elephant procession) in Mysuru this year during the Dasara festival.

As reported, the state government has required officials and personnel on duty, as well as artists performing at the famous Mysuru Dasara festival, to have a negative RT-PCR test report and at least one dose of vaccine. Those attending and participating in the event should also wear masks, maintain social distance and keep their hands clean.

However, according to reports, in the remaining areas, the number of current Covid-19 cases has decreased dramatically. As per state surveillance officer Pradip Awate: “That simply means 10 districts have almost 90 per cent of the active Covid patients in Maharashtra.”

However, the Brihanmumbai Municipal Corporation (BMC) told the Bombay high court recently that the vaccination effort was going well, there was no scarcity of vaccines and that the municipality did not see a third wave coming. However, it noted that due to approaching festivities and seasonal migration, an increase in cases cannot be ruled out.

The Uttar Pradesh government said this week that the coronavirus has been eradicated from nearly half of the state, with 37 districts. The number of active cases in Uttar Pradesh — which became become the first state to vaccinate over 9 crore people — has dropped to 150, and 15 per cent of the state's population has been properly vaccinated, the report said.

With the number of coronavirus infections in Uttar Pradesh declining, the state government has relaxed Covid-related restrictions, allowing weddings and other festivities to be performed in open places. But the authorities said that the number of people allowed to attend ceremonies will depend on the area.

In Rajasthan, 8 districts — Bundi, Karauli, Chittorgarh, Dungarpur, Banswara, Dausa, Jaisalmer and Prapatgarh — have not reported new infections for over 50 days. As reported, there are 20 districts in the state where there are no active cases. However, during a three-day mega camp, which began on 8 October, the state health authorities intended to deliver 33 lakh doses.

On the first day of the vaccination camp, it received a tepid reaction from the recipients. Dr Raghuraj Singh, nodal officer, vaccination said: “We got 8,136 sites and were prepared to administer as high as 15 lakh doses today. It appears that in the rural interiors people are busy harvesting their crops while occasions like Navaratri, where many observe fast, could be the deterrent as we managed to administer 4,35,939 doses.”

A four-member expert team dispatched by the Centre has been camping in Mizoram and was in Champhai district on the Mizoram-Myanmar border on 7 October to undertake an on-the-spot assessment of the pandemic scenario.

"Please keep an eye on your October, November, and December," said Agarwal on 7 October, while warning people about the risk of Covid-19 reappearance during the festival and wedding season, and advising them to avoid crowded areas.

The government said that along with Mizoram and Kerala, Sikkim, Manipur, as well as Meghalaya are among those states with a weekly positivity rate of over 5 per cent. It was also said that 34 districts across nine states and union territories are reporting a weekly positive rate of more than 10 per cent.