Uttarakhand High Court Slams State Government On Kumbh Mela And Char Dham, Asks 'Why Do We Repeatedly Cause Embarrassment To Ourselves' 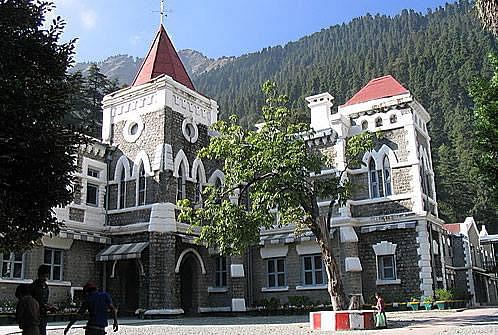 Commenting on the Kumbh Mela held in Haridwar and Char Dham, the Uttarakhand High Court has asked the state government, "why do we repeatedly cause embarrassment to ourselves?"

The Char Dham Yatra has been suspended this year. However, rituals are to be continued in Kedarnath, Badrinath, Gangotri and Yamunotri. These rituals are observed and carried out by the priests.

Reportedly, the bench comprising Chief Justice R S Chauhan and Justice Alok Kumar Verma said: "First we make the mistake of Kumbh Mela, then there is Char Dham. Why do we repeatedly cause embarrassment to ourselves?"

The High Court was hearing a set of public interest litigations (PILs) concerning Covid. These were relating to the Covid situation and issues such as availability of oxygen in the hill state, essentials including beds, related medicines and medical assistance to urban and rural areas of the state.

"I am sorry to say, we caused embarrassment to ourselves then the rest of the country is saying what in the world is Uttarakhand doing. Can’t Uttarakhand learn from its own mistake? You can fool the Court, but you cannot fool the people. Everyone can see the reality which exists out there. You are playing with the lives of millions of people in the country," the Chief Justice is quoted to have added.

Reportedly, Chief Justice Chauhan said he had been receiving videos of the sanctum sanctorum of the four shrines at Kedarnath, Badrinath, Gangotri and Yamunotri "crowded with people".

"At least I feel embarrassed when my colleagues start calling me up and say what is happening to your state. I have no explanation because naturally I am not a decision maker. But I am surprised those of you who are decision makers are leaving it so carelessly as if it doesn’t bother anyone’s conscience anymore (sic)," he is quoted to have said.

Commenting on Char Dham, the bench asked: "Anyone is supervising (Char Dham Yatra) or is it left to the priests? What happens if coronavirus spreads among the priests? Even when deity is being worshiped, you can't permit twenty priests in a small size of space such as sanctum sanctorum."

Dilip Jawalkar, secretary tourism Uttarakhand, told the bench for guidelines for each place of worship. The court is quoted to have said: "No one is following your guidelines. Please take a chopper to Char Cham, you will find what the reality is. Please take next chopper to Kedarnath and see for yourself (sic)."

The court added that the government should be asking questions to violators instead of the court intervening in the matter.

"With all those videos available on social media, you yourself should be asking these questions instead of Court. You are issuing orders on paper which no one is implementing," the Chief Justice added.

The court also questioned the Centre over diversion of oxygen from the hill state to other states "without fulfilling the state's demand". The Chief Justice is reported to have remarked: "We fail to understand despite a sharp increase in Covid cases and Uttarakhand being a hilly area, why the oxygen allocation to the state has not been increased to 300 MT?"

The court further asked: "Why is the Centre failing to understand a reasonable request of Uttarakhand? Instead of diverting Uttarakhand's oxygen to Uttar Pradesh and asking us to import oxygen from Jamshedpur and Durgapur, which takes time, costs, why can't we take it from our own state?"

The Chief Justice further said, "I am sorry to say this neglect of Uttarakhand is not acceptable to the Court. I'd like to believe our state is equal to other states."

The absence of officials from the Centre irked the court.

State government officials told the court that the Centre is yet to respond to the communications with regard to the issue.

The court said: "We are not going to take this answer that he is too busy to attend the Court. I am surprised to hear that someone has said is too busy to appear before this Court. If he wants, I will issue summons."