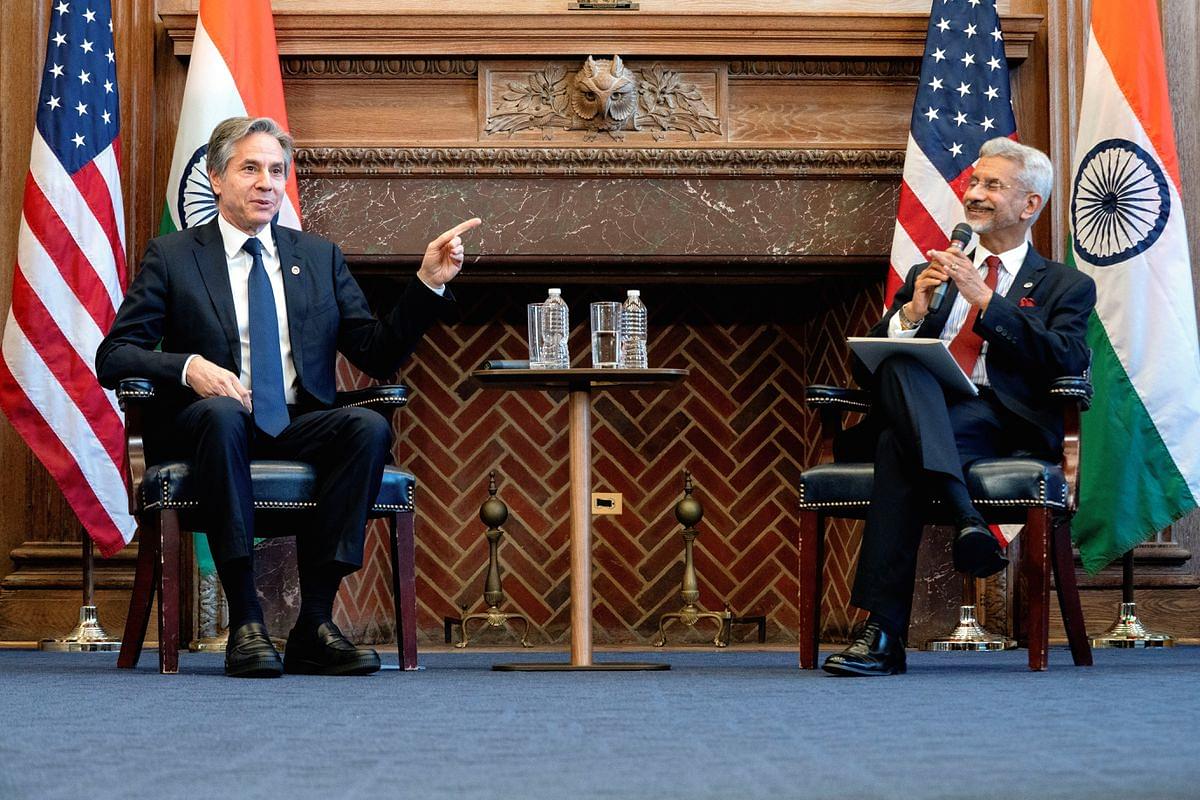 External Affairs Minister S Jaishankar has raised the issue of the huge backlog of US visa applications from India with Secretary of State Antony Blinken to which the top American diplomat said he is sensitive to the matter and has a plan to address it.

Blinken blamed the COVID-19 pandemic for a backlog of visa applications from Indian nationals.

US visa services are trying to clear a backlog after Washington the US halted almost all visa processing worldwide in March 2020 due to the pandemic.

“It is also in our mutual interest to facilitate the development and mobility of talent. We agreed that impediments over this should be addressed,” Jaishankar told reporters on Tuesday during a joint media availability with Blinken at the Foggy Bottom headquarters of the State Department here following their over an hour-long meeting.

“Bear with us. This will play out over the next few months, but we're very focused on it,” Blinken said in response to a question when asked about the historic delays in visa appointments that now runs into 800 days.

“On the question of visas, 'I'm extremely sensitive to this',' Blinken said.

Indians make up a large proportion of the recipients of H-1B and other work visas granted to skilled foreign workers, many in the tech industry.

The H-1B visa is a non-immigrant visa that allows US companies to employ foreign workers in specialty occupations that require theoretical or technical expertise.

Jayshankar did not specifically mention the H-1B visas issue during the joint press conference.

'On mobility, specifically visas, this is particularly crucial given its centrality to education, business, technology, and family reunions,” he said.

“There have been some challenges of late, and I flagged it to Secretary Blinken and his team, and I have every confidence that they will look at some of these problems seriously and positively,” Jaishankar said.

Blinken said the US was trying to address the huge backlog.

'If it's any consolation, I can tell you that this is a challenge that we're facing around the world and it's a product largely of the COVID pandemic. Our ability to issue visas dropped dramatically during COVID,” he said as he explained the self-financing part of the issuing of visas.

“When COVID hit, the demand for visas fell through the floor, visa fees went away, the system, as a whole, suffered. And then of course, in actually issuing visas, even with much more limited resources, we had constraints from COVID about the number of people we could have in our embassies at any one time, etc,” he said.

Blinken said he had a plan to deal with it.

“We are now building back very determinedly from that surging resource. We have a plan, when it comes to India, to address the backlog of visas that has built up. I think you'll see that play out in the coming months,' he said.

“The last thing we want to do is make that any more difficult in the country we want to facilitate it,' said the US Secretary of State.

Blinken also praised the contributions of the Indian-Americans and recalled Jaishankar's recent remarks on the bilateral ties.

'At an event this weekend, you called, Mr. Minister, the shift in U.S.-India relations the single biggest change that you’ve observed in decades of service as a diplomat. The minister said, and I quote, “It did not change only because of government policies; the relationship changed because of Indian Americans.” And I couldn't agree more,' Blinken said.

'We’re grateful to have an Indian American community that does so much to deepen ties between our countries, as well as to shape the fabric of this country. And I’d add that we’re also grateful to communities in India, including those of American origin, that are doing their part to strengthen the relationship for the good of both of our countries and both of our peoples, the top American diplomat said.