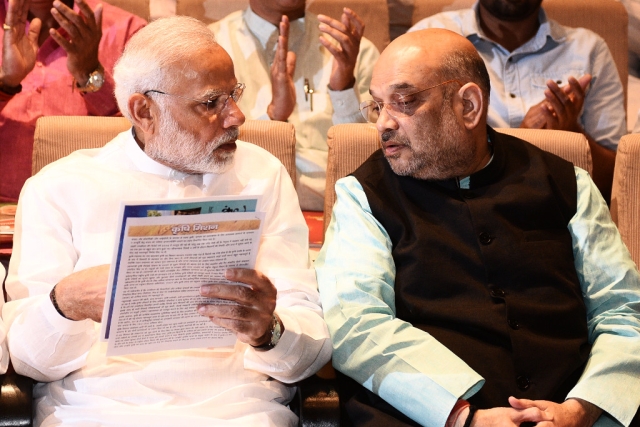 With all opposition amendments to the Citizenship (Amendment) Bill being voted down in the Joint Parliamentary Committee (JPC) set up to vet the issue, the Bharatiya Janata Party (BJP) has – probably for the first time in this tenure – done something its core voter will be pleased with. The bill will allow persecuted Hindus and other minorities in our neighbourhood to settle in India – a key BJP manifesto promise.

The bill, which is by no means certain to become law, given the opposition majority in the Rajya Sabha, seeks to fast-track citizenship for minorities from our neighbouring countries (Pakistan, Bangladesh and Afghanistan) if they have been residing in India for six years, and even without proper documentation. The opposition objection to this amendment is that it names the minorities as Hindus, Sikhs, Jains, Buddhists, Parsis and Christians.

The exclusion of Muslims should not normally have sparked discord, for Muslims are not minorities in any of the above three countries, when the purpose of the amendment is to help persecuted minorities – and not economic migrants – to obtain citizenship. But such is the nature of Indian minority politics that this exclusion based on commonsense has become a bone of contention.

The bill also faces opposition in Assam and some north-eastern states, which believe that persecuted minorities from Bangladesh will end up demographically outnumbering locals over time. The BJP clearly has some tightrope walking to do here, especially in Assam, where it is the party in power. It may have to promise that some of those who are entitled to citizenship following the amendment can be settled in other states.

Ethnic Assamese want not only Bangladeshi Muslims, but also Hindus who came in after 1971, to be deported, but this is not what the BJP wants. It wants only economic migrants, and not persecuted minorities, to be deported.

While the bill, if presented before the winter session ends, can cruise through the Lok Sabha given the BJP’s majority, it will face a roadblock in the Rajya Sabha. At best the BJP can count its own 73 MPs, three of the Shiv Sena, three of the Akali Dal, and some single-MP parties like the RPI to back the bill. The Janata Dal (United) of Nitish Kumar, which has not given up on the minority vote, may also be tough to convince on this issue, even though it is part of the NDA. At the very least, the BJP will need 40-45 more MPs to get the bill through.

The big question is whether it can do so by doing a deal with the AIADMK (13 MPs), the BJD (nine), the TRS (six), and the YSR Congress (two). Some nominated members of the upper house could also side with the BJP. Even then, the majority mark numbers look elusive.

But win or stalemate, one thing is clear: this bill will energise the BJP’s base. This is the first major law with a pronounced Hindu tilt, and rightly so.

The opposition is blackballing the amendment – which is a kind of dog whistle to its Muslim voter base.