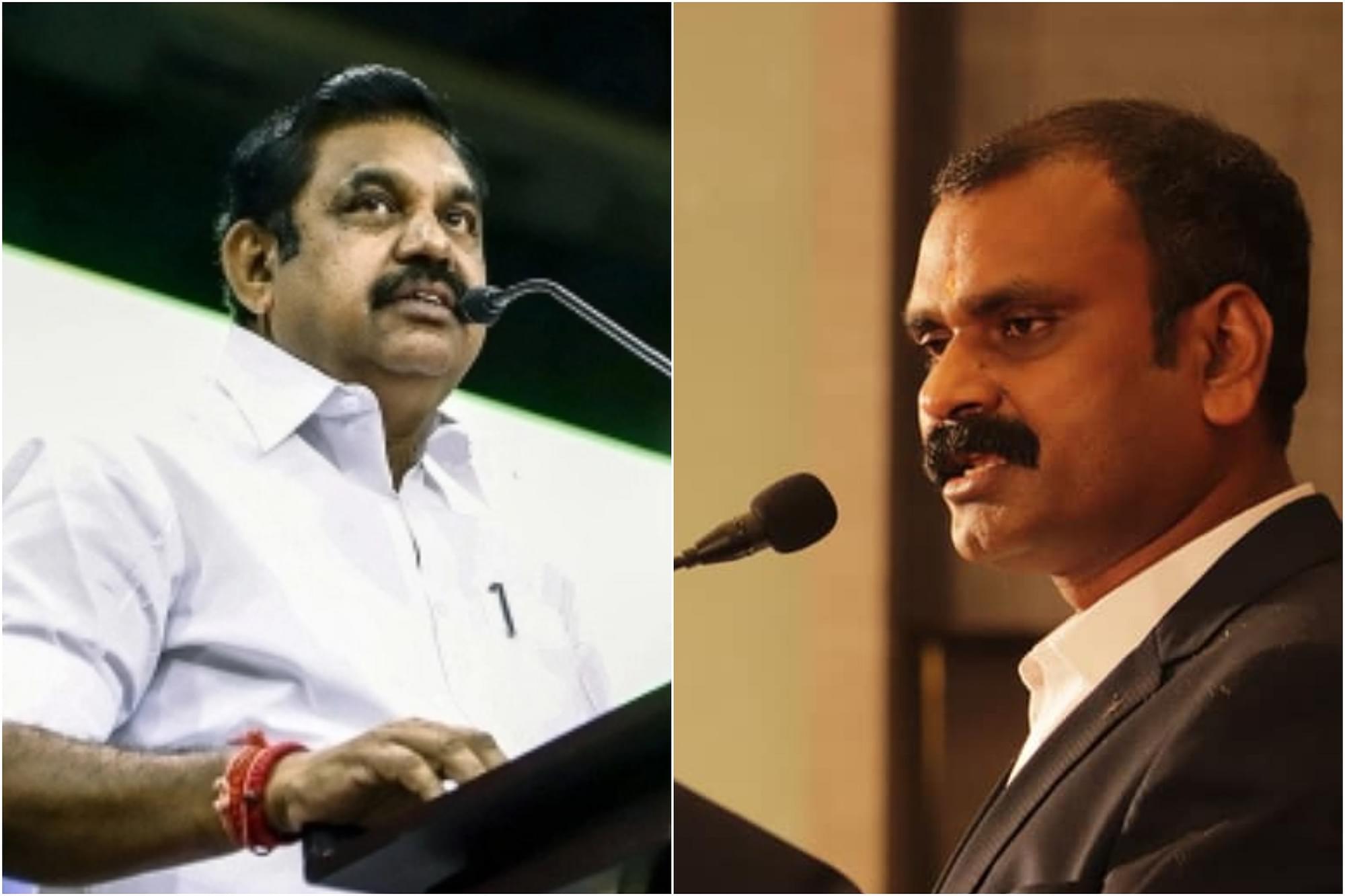 When N K Surappa was made the Vice-Chancellor of the Anna University in Tamil Nadu in April 2018, few political parties in Tamil Nadu were happy.

The opposition was despite the expertise he brought along with him in the field of technology.

Since then, Surappa has gone about with a business-like approach to his job, including unearthing an examination racket in which students were promoted by a cartel for monetary considerations.

Surappa is in the news again - this time for his efforts to make the Anna University an Institute of Eminence (IoE) like other prominent ones in the country.

The issue dates back to the Centre offering the Tamil Nadu government an IoE status to the Anna University last year. It was among the seven institutions in the country to be offered the status.

The scheme has been in vogue since 2017 for higher education institutes set up by the University Grants Commission. The then Ministry of Human Resources Development had given time to the Tamil Nadu government till 31 May this year to decide on the proposal.

Getting IoE status would have helped the University to get Rs 1,000 crore over a period of five years but the State government is also required to provide matching grants to the varsity. A letter from the State on the grants was mandatory to provide the status.

Tamil Nadu government was reluctant to accept the status for two reasons.

One was the issue of providing grants matching the Centre’s funding. Two, it feared that its exclusive policy of providing 69 per cent reservation in educational institutions could end in Anna University as it stresses on “merit-based admissions”.

While stressing the need for the Tamil Nadu government to accept the offer to give Anna University the IoE status, Surappa had said that the ruling AIADMK could place the 69 per cent reservation as a condition to accept the eminence status.

He had also said that the State government need not allocate more than Rs 40 crore to the University annually, as is being done now. Probably, his suggestions fell on deaf ears.

Tamil Nadu Higher Education Minister K P Anbalagan had told the media then that the issue of IoE status for Anna University was “still being discussed”.

What has now angered the Dravidian and other parties in Tamil Nadu is a letter written by the Vice-Chancellor to the Centre on the IoE status since the issue had been pending for long.

Surappa, in his letter, told the Centre that the University on its own could generate Rs 1,573 crore in five years and it need not depend on the State government for the matching grant from the Centre.

Defending his approach, the Vice-Chancellor told the media that he had made a presentation to the State Government on how the funding could be made. Following this, the State Chief Secretary wrote to the Centre accepting the IoE status in principle.

He said he had just followed up the Chief Secretary’s letter to the Centre. Surappa told The Times of India that his letter dated 2 June contained only those points that he had presented to the State government.

Surappa said that the financial commitment was part of the varsity’s proposal to get the IoE status and it was prepared even before he took charge as the Vice-Chancellor.

He also defended his writing to the Centre, saying he corresponds with various ministries for the smooth functioning of the university.

He wrote the letter particularly since the State government failed to respond before the 31 May deadline.

For the critics of the Narendra Modi government at the Centre and the Dravidian parties, this development has provided them with an opportunity to term the entire episode as “saffronisation” of the education system.

DMK President M K Stalin has demanded the sacking of Surappa. This has now drawn the Bharatiya Janata Party (BJP) into the controversy with the national party supporting Surappa.

BJP Tamil Nadu president L Murugan said “the campaign against IoE status for Anna University has been built on utter lies” and the issue had been politicised to gain mileage ahead of the State Assembly elections due in six months time.

The development is now seeing the BJP and its National Democratic Alliance (NDA) allies such as AIADMK and Pattali Makkal Katchi on the opposite sides.

Murugan said in a statement that the ruling AIADMK fears that agreeing to IoE status to Anna University provides ammunition for the Opposition ahead of the Assembly elections.

The development could be a forerunner to a situation where the BJP might go alone in the Assembly elections with high profile persons such as former Karnataka IPS official K Annamalai joining the party.

Anbalagan, probably, made the State government’s stand clear during the weekend. Speaking to the media at Dharmapuri, he said the AIADMK government, headed by Edappadi K Palaniswami, has decided not to accept the IoE status as it could affect the State’s reservation policy.

Anna University would provide students with all the facilities that would have come with the IoE status, he said, adding that the Centre providing the status could result in entrance exams and higher fees.

Meanwhile, the Tamil Nadu Government passed a Bill in the Assembly to bifurcate Anna University by culling out Anna Technical and Research University (ATRU) and make it unitary.

Anna University will continue to provide affiliation to engineering colleges. The bifurcation has been aimed at creating administrative ease to manage and monitor affiliated colleges but there is opposition to this from University teachers and students.

The amendment passed by the Assembly is currently pending with Governor Banwari Lal Purohit.

A similar move in 2010 also hit a roadblock with then governor Surjit Singh Barnala questioning it and asking statistics to verify the government’s contention that a unitary varsity would result in improving results.