Demonetisation Should Unify The Political Scenario And Not Divide It 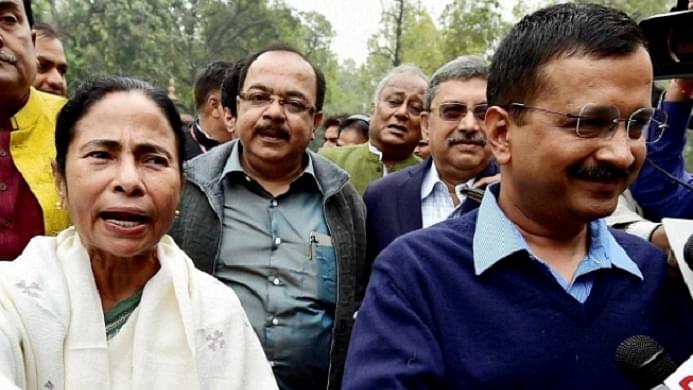 The Bharatiya Janata Party must cease gloating over some recent election victories which it attributes to Prime Minister Narendra Modi’s shock decision of 8 November to demonetize the old Rs 500 and Rs 1000 notes. The election victories may well be due to demonetisation or secondary reasons might have played an equal or bigger role. In any case, gloating is not in order seeing how ordinary people are facing uncommon hardship in a suddenly cash-deficit economy.

On the other hand, the Opposition, with the exception of a few leaders like Nitish Kumar, Naveen Patnaik and N. Chandrababu Naidu, has shot itself in its collective foot by mindlessly opposing demonetisation. Mamata Bannerjee’s “clean” reputation is in tatters. A certain half Chief Minister who had allied with her to bring down the Narendra Modi government has been severely wounded. His supposedly “clean” reputation has evaporated like Mamata’s. His party has desperately embarked on a scheme of cash-for-election tickets and this scam will explode sooner than later.

The Congress party and certain regional formations have likewise seen their popularity plummet since the 8 November demonetisation. They planned for a Bharat Bandh earlier this week; but with the likes of Nitish Kumar unwilling to be identified on the side of black money hoarders and Pakistani counterfeiters, the bandh collapsed. The Congress and even the Left parties said they had never supported a bandh but merely organized protest marches to reflect public anger at the hardships caused by demonetisation. Whatever the ruse employed to combat the Modi government, it has failed. Clearly, public opinion is with Narendra Modi on demonetisation.

From his position of new strength, it is the duty of the Prime Minister to reach out to the Opposition and end the stalemate in Parliament. The two Houses of Parliament must be allowed to debate demonetisation. The behaviour and attitudes of the Opposition in this regard are neither desirable nor justified. The government is ready for a debate. In a welcome break from the past, the Modi government has encouraged free and fierce debates in Parliament. By doing so, it has not done a favour to the Republic. All the same, it has respected the spirit of democracy. The Opposition should seize the opportunity of debate and place its case before the country. The ruling side will obviously do the same. This is the way out of the present political impasse.

Demonetisation does not signify the doom of the Opposition if it embraces the transformed situation. Nitish Kumar has shown the way. Nor can any policy measure endlessly keep the Bharatiya Janata Party in power unless it is accompanied by apparent and verifiable delivery on the ground. Instead of crowing about recent election victories, M. Venkaiah Naidu & Co. must use their time, energy and organizational skills to minimise the hardships caused by demonetisation. Cheerleaders have proved the nemesis of the dynastic Congress party. Surely, Narendra Modi does not want a repetition of this in the Bharatiya Janata Party.

The Prime Minister has done well to constitute a committee of Chief Ministers led by Chandrababu Nadu to resolve the problems arising from demonetisation. The chief focus of this committee according to the media is to enable a cashless economy. The focus is wrong and dangerously misguided in the present circumstances. The focus must solely be to restore confidence in the currency and in the banking system. Confidence will be restored when cash equivalent or nearly equivalent to the demonetized sums is rapidly injected into the system, only after that can the economy be gradually and gently steered to one where the cash component is minimal. The economy has withstood one shock of 8 November. It cannot absorb another so soon.

The committee of Chief Ministers should be expanded to include those from other parties, including the Congress and the CPI-M. The Congress gains nothing from opposing demonetisation any longer and stands to lose everything. The Congress is a national party or at least retains the pretensions of one. It should not reduce itself to a B-grade clone of Mamata Bannerjee’s Trinamool Congress, who the poor Bengalis of Bengal are stuck with. The Congress should forthwith cease disruption of Parliament, nominate a Chief Minister to the Chief Ministers’ committee and earn the nation’s gratitude, and agree to a proper debate on demonetisation in the two Houses. The CPI-M should also send a Chief Minister to the Committee. Manik Sarkar has said no, which is a pity because he is a fine man. In his place, Pinarayi Vijayan should promptly step in.

Critical to a successful democracy is vigorous and vibrant public opinion. Public opinion supports demonetisation. It is the duty and responsibility of the entire political establishment, the ruling and the Opposition sides included, to make demonetisation a success with the least hardship caused to the people. It also devolves on the BJP leadership to stop making political capital out of demonetisation. The perils of hubris are ever present.