Don’t Fall For It, Rahul Gandhi Is No Simpleton 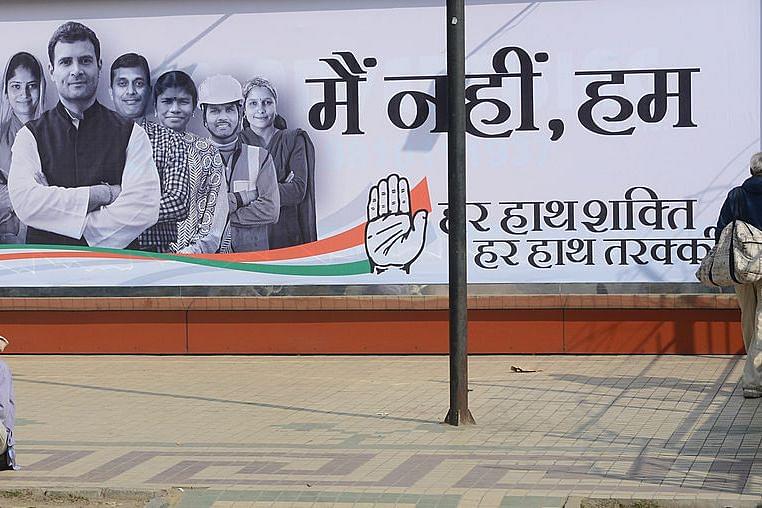 Not enough attention has been paid to the visuals of Congress president Rahul Gandhi playing with his mobile phone for 24 minutes during the President’s address to Parliament. Was Gandhi being the kid that some Bharatiya Janata Party (BJP) leaders believe he still is, or was he deliberately doing so to insult the President of India with entitled disdain?

Having been a member of Parliament for over 15 years, Rahul Gandhi is fully aware that at least one camera is deployed to capture his every move and gesture inside the august House.  So it cannot be that he did not know that the visuals would be telecast by every channel into every Indian home. Fresh from another unprecedented rout which has reduced Congress to a shocking 23 seats outside Kerala and Tamil Nadu, a personal defeat in Amethi, and a ‘victory’ gifted by Muslim League in Wayanad, why did Rahul Gandhi want to be seen exhibiting the kind of arrogance that he showed when he publicly humiliated former prime minister Manmohan Singh, when the latter was on a foreign tour?

When the Congress won a second term in 2009, there was a lot of buzz about Gandhi becoming a minister for a couple of years, before occupying the prime minister’s chair. As the subsequent humiliation of the then prime minister showed, Rahul Gandhi — like his mother — saw Dr Manmohan Singh as no more than one of his many employees in the Congress, serving under whom was unthinkable. The same attitude informed his relationship with presidents Pratibha Patil and Pranab Mukherjee.

As the great-grandson of Jawaharlal Nehru and son of Rajiv Gandhi, Rahul has probably grown up believing that he has a divine right to rule India and Indians.

His mother, it must be mentioned, remained an Italian citizen, even though she was living in the house of India’s prime minister, till 1983, and became an Indian passport holder only when her own husband came within a step of becoming prime minister. And it is from her, as he admitted in an old interview to Sagarika Ghose, that Rahul Gandhi learnt about India during his formative years, when his father was busy and mostly away.

So when he uses BJP and Rashtriya Swayamsevak Sangh as key target of attack, it probably flows from an irreconcilable ideological hate, and not from the politics and values he inherited from his father and paternal grandmother.

It is not entirely a coincidence that while some leaders of his party speak of building shelters for cows if their party comes to power, Rahul Gandhi not only takes pictures with Congressmen who publicly slaughter cows to hurt Hindus, but also does not speak up for their religious sentiments, or for implementation of laws banning cow slaughter. Nor is he ever seen with Hindu victims of cow smugglers.

On the contrary, he and his mother have repeatedly spoken about the right of people to slaughter cows for food, even if it means flouting the laws enacted, ironically, mostly by his own party, before it was passed.

On the day the whole world was celebrating Yoga, India’s timeless selfless gift to humanity, one would have expected Rahul Gandhi to at least remain silent, if he could not bring himself to say something positive about it as an Indian.

That he is not bright is clear as daylight, but what is evidently not so is that Rahul Gandhi is not a harmless simpleton brimming with love. It doesn’t really hurt him when people call him ‘dumb’, ‘pappu’, ‘budhu’ etc. A simple man with heart of gold can always move people to vote for him, particularly if the main opponent is not as brilliant and connected and trustworthy as Modi is.

So, while making fun of ‘pappu’ is a good pastime, it has the effect of concealing the oppressive dynastic entitlement and an alien ideological bias that defines the man, and makes light of the havoc he will create, should he ever drink the intoxicating poison of power again.