From 1880 to 2018, The Struggle To Save Jagannath Puri From Statutory Control Goes On 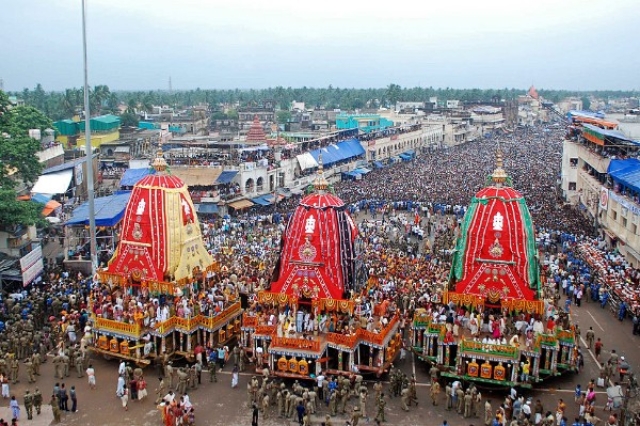 In the latest development in the controversy surrounding the management of the Shree Jagannath Temple in Puri, a Supreme Court bench passed an order laying down a list of suggestions for the temple administration to implement. This order came after a petition was filed before the court highlighting the deficiencies in the management of the temple, including exploitation by the temple sevayats. Early in June, the Supreme Court had ordered the Puri district judge to submit an interim report to the court on the difficulties faced by visitors, exploitative practices and loopholes in the temple’s management. Though the report submitted to the judge is not available to the public now, the order has been passed based on this report.

The order has again put on display judicial activism and obvious overreach of the highest court in religious matters concerning Hindus. While the petition had started as a response to the shoddy management and the lack of amenities in the temple, the final order of the court went much beyond that. The order ranges from suggestions of providing separate toilets for males and females and a queue system for hassle-free darshan, to suggestions of allowing non-Hindus into the temple.

The situation is not uncommon and has presented itself multiple times in the past. The situation between a rock and a hard place, between a court which has no right to dictate terms to a religious institution, and the government, which has no right to administer it. And the fate of the Puri temple, its ruling deity and the faith of millions has been left hanging in the balance. Such a situation, involving the court, the government and the temple, had arisen in the late 1800s where there was a similar fight over the administration of the temple. But that time, there was a valiant queen who had led from the front. And this is the story of Suryamani Patamadhei (title of the queen of the Gajapati dynasty).

It was in 1859 when the British government had established its roots solidly in Odisha, when the residents of Puri had to come to terms with a great calamity. Their king, Gajapati Birakishore Dev, passed away leaving his queen Rani Suryamani Patamadhei and their adopted son, Dibyasingha Dev, in charge of the Srimandira. Rani Suryamani was the princess of Suvarnapur (now Sonepur) and an excellent archer. But, she was not prepared for the role of administering this huge living temple in the absence of her husband. Her adopted son was just four years old and could not become the superintendent of the temple. In such a situation, she had to take charge as the custodian of the Jagannath temple and the Puri Raj estates.

Those were turbulent times with the sevayats revolting, large-scale indiscipline in the temple and severe paucity of funds. To add to the misery, 1866 marked one of the worst famines in the world, Na-anka Durbikhya, which wiped out one-third of the population of Odisha. The queen threw open the doors of the temple to the public and the temple kitchen distributed as much food to the starving population as possible. She somehow managed to stabilise the administration through the Naba Kalabera (a ritual that happens once in 12 years where the physical manifestation of the deities are recreated) of 1874, where only some rituals were conducted.

The next year, her adopted son attained adulthood and was made the superintendent of the temple. But Raja Dibyasingha Dev was found inefficient in administering the temple and was at loggerheads with the sevayats. In just a few years, he was deported to the Andaman by the British on charges of killing a sadhu where he was incarcerated till death. In just three years, the queen had another tricky situation to navigate. Her grandson, Raja Mukunda Dev III, was a minor and she had to again take on the role of the temple superintendent. But the British government found this to be a good opportunity to push the Gajapati rulers away from the administration process. Though the queen had obtained a certificate from the district judge of Cuttack to the chief administrator, the British government, under the newly appointed Lord Ripon, had different plans. In 1880, they tried to pass an Act challenging her candidature. The new Act aimed to empower a management committee selected by the government to handle the temple management where the Gajapati or any representative of the family would only be a nominal head. This essentially meant that an alien government would have complete control over the most revered institution of Hindu faith in the state. The queen exercised her judgment and even though her son, the ruling king was alive in Andaman, she chose to consecrate her grandson as king. This step was heavily criticised by the British government but was the only way for the queen to ensure that the government stayed out of the temple administration.

Earlier too, the British had time and again exercised complete control over the temple. In the years gone by, the Gajapati rulers had fought many a battle to ensure that the control of the temple did not go into wrong hands. But this time, the queen fought a battle that was not seen earlier. She decided to fight the battle in the courts and filed a petition in the Calcutta High Court. She was represented by one of the tallest leaders of Odisha and acclaimed advocate, Utkal Gourab Madhusudan Das.

Much like the present day, the argument at that time was also about the shoddy management of the temple, which made it necessary for the government to step in and intervene. But unlike the present day, the general public and Hindu religious leaders did not keep quiet about this affront. The fallout of the decision of the British government was both unexpected and huge. People rallied against the government led by mahants, sevayats and sadhus. The Jagannath Dharma Samrakshini Sabha of Puri conducted regular meetings to express their solidarity with the queen. Utkal Sabha, a socio-political organisation, which is synonymous with the political consciousness of modern Odisha, also stood strongly behind the queen. The regional press led by Utkal Dipika kept the pressure on the government. The occasional discord in the temple was forgotten by the Odia society which came together to stand behind their queen and fight for her right. And their right to administer their temple, according to their religious traditions. Such a huge legal fight was unheard of at that point in time, and advocate Madhusudan Das presented a strongly worded petition to the court. Jagannath, like always, had again become the epicentre, of Odia nationalism and identity.

The public fall out of the case and the legal embarrassment was too much for the British government to handle. The lieutenant-governor of Bengal wanted to make a compromise to calm the agitating public and summoned the commissioner of Odisha and advocate Das. It was finally decided that the queen would remain the sole custodian and the superintendent of the temple, but she could choose a government officer as a manager to assist her. The queen agreed to the terms and remained the superintendent of temple till 1897, till her grandson came of age. In her 32 years of administering the temple between 1859 and 1897 (discounting the few years her son had taken charge), Rani Suryamani performed the duties allotted to her to the best of her abilities and managed to put the revolt of the sevayats to rest.

The battle which Rani Suryamani fought centuries ago is not very different from what is being articulated in certain quarters today. In one of the petitions to the court, the Queen wrote:

“It would be clear on a reference to the Hindu community at large, how painful and obstructive to the cause of Hindu religion would be the interference of the British Government with the management of the time honoured Sebas and Pujas of Jagannatha. Specially, the opinion of all the Pundits and Bairagees of Bharatvarsha should be taken before any action of interference was taken on the matter.”

Not much has changed since the legendary queen won her battle. The struggle to save Hindu religious institutions from government control is as much a question of survival now as it was then. It is as much a matter of dignity as it was then. But additionally now, it is also a matter of principle in a secular state which chooses to look the other way.