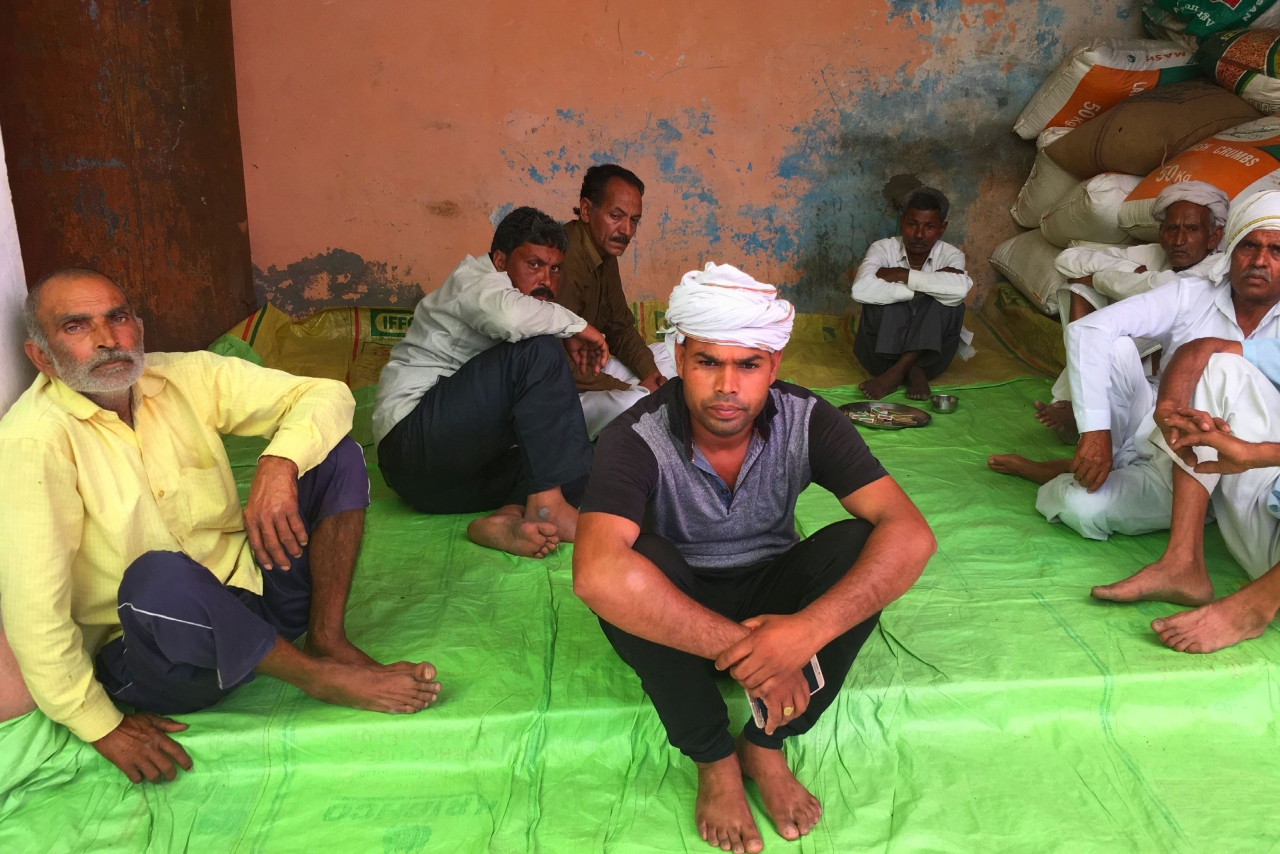 Ratan Singh, 59, was sleeping in his cow shed, keeping a tight vigil on his cattle. He was alone in the shed, some hundred meters away from his house, and the iron gate was latched from inside.

It was the intervening night of April 20-21. A week earlier, cattle thieves had barged into the shed and escaped with his buffalo. The poor man had suffered a body blow as he had bought the animal only recently for a hefty sum of Rs 60,000. He was now left with only two cows that were insufficient for the family’s needs.

He had placed his cot right near the gate so that even the slightest noise would wake him up. Around 3 am, he heard a whimpering sound from the adjoining cow shed belonging to his cousin Vijay Singh. 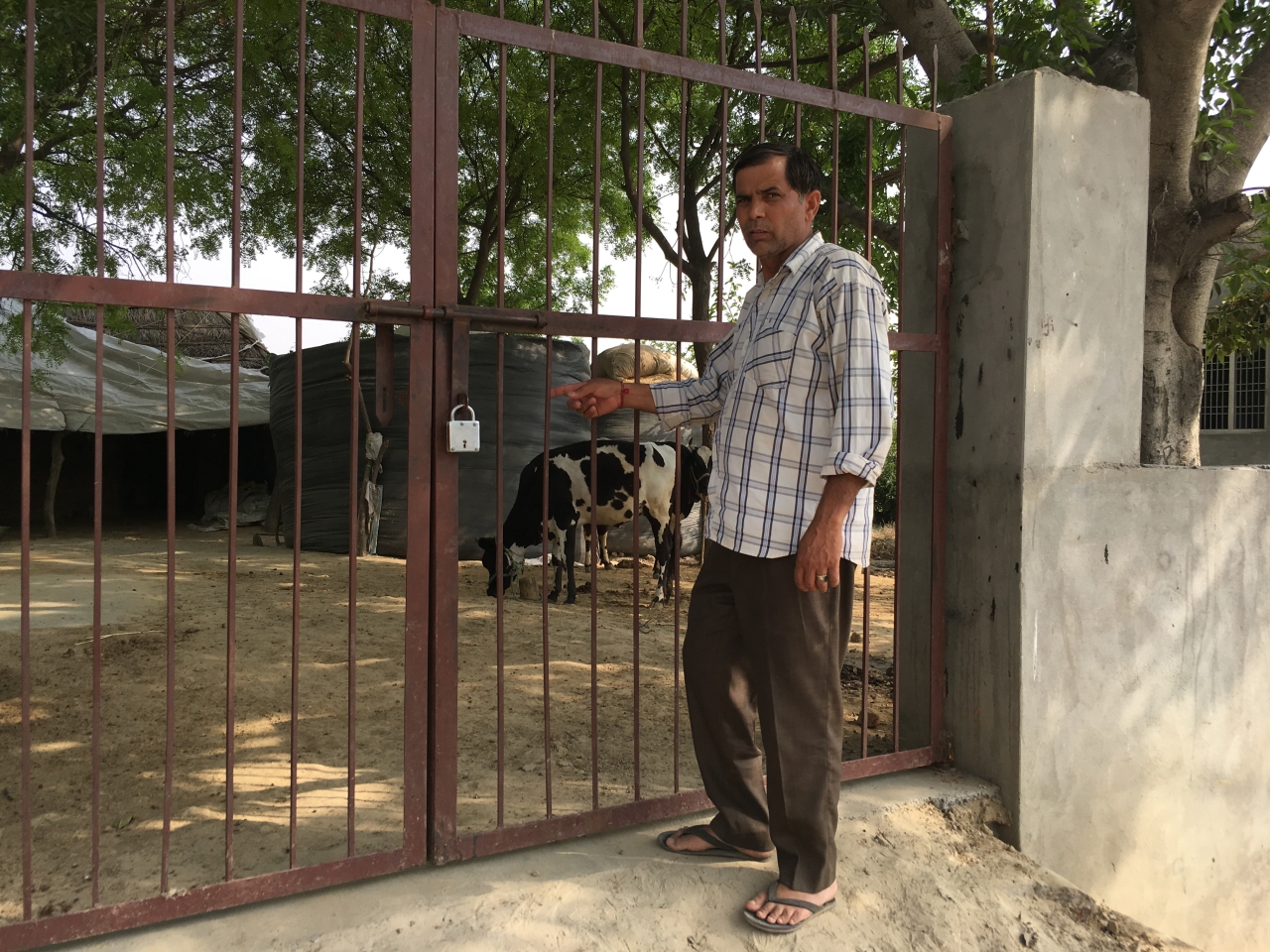 A relative shows the cow shed of Ratan Singh

Vijay Singh told Swarajya, "The thieves had come on a motorcycle as they always do. One of them had entered our cow shed and was trying to strangulate my son Harendra, who is disabled."

Vijay’s cow shed does not have a gate. He puts a cart at the entrance to block it.

“The thief had walking in easily. Harendra’s feeble groans woke all of us up, including Ratan. As we dashed out, we saw Ratan had caught hold of the thief."

Just then, the thief's accomplices shot in the direction of Ratan Singh. Two bullets were fired, he said. 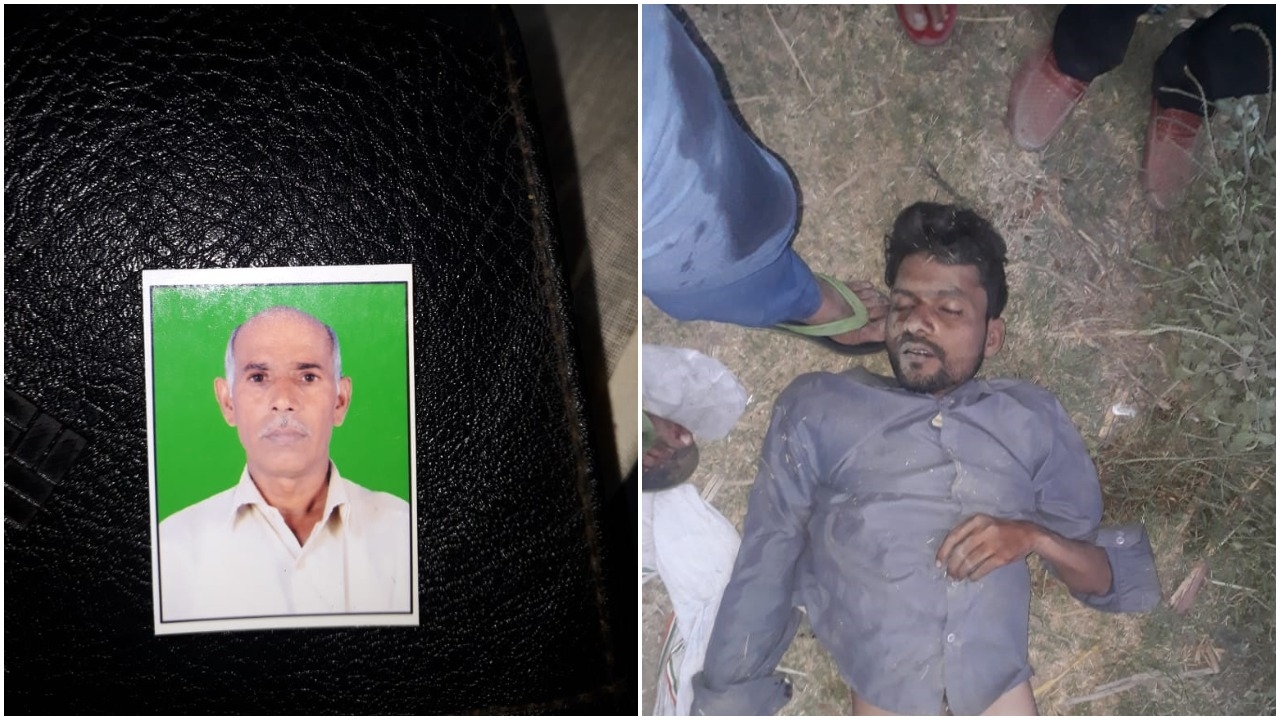 Dinesh Kumar Singh, Ratan’s immediate neighbour who reached the spot immediately after hearing the commotion and the piercing sounds, saw two men flee on a motorcycle. He then heard someone groan.

"I beamed my torch and saw a man lying on the ground on his chest, his face down. He was wearing a white skull cap, and a white scarf was wrapped around his neck. He had been shot on the side on his waist. He was still breathing but, within a few minutes, died," Dinesh told Swarajya.

"Our man [Ratan Singh] was lying nearby. He was already dead when I saw him.”

Vijay said that the first bullet shot by his accomplices struck the thief while the second hit his brother.

The police confirmed to Swarajya that no pistol or weapon was recovered from the spot and the shots were fired by thieves. “No villager is in possession of any gun right now as they were deposited with the district administration ahead of elections,” said Prabhash Chand, station house officer (SHO) of Jarcha police station.

The village Khurshidpura, where the incident took place, falls in Jarcha area of Uttar Pradesh's Gautam Buddh Nagar district (of which Greater Noida region is a part).

Vijay Singh said that Ratan Singh did not even have a stick on him. 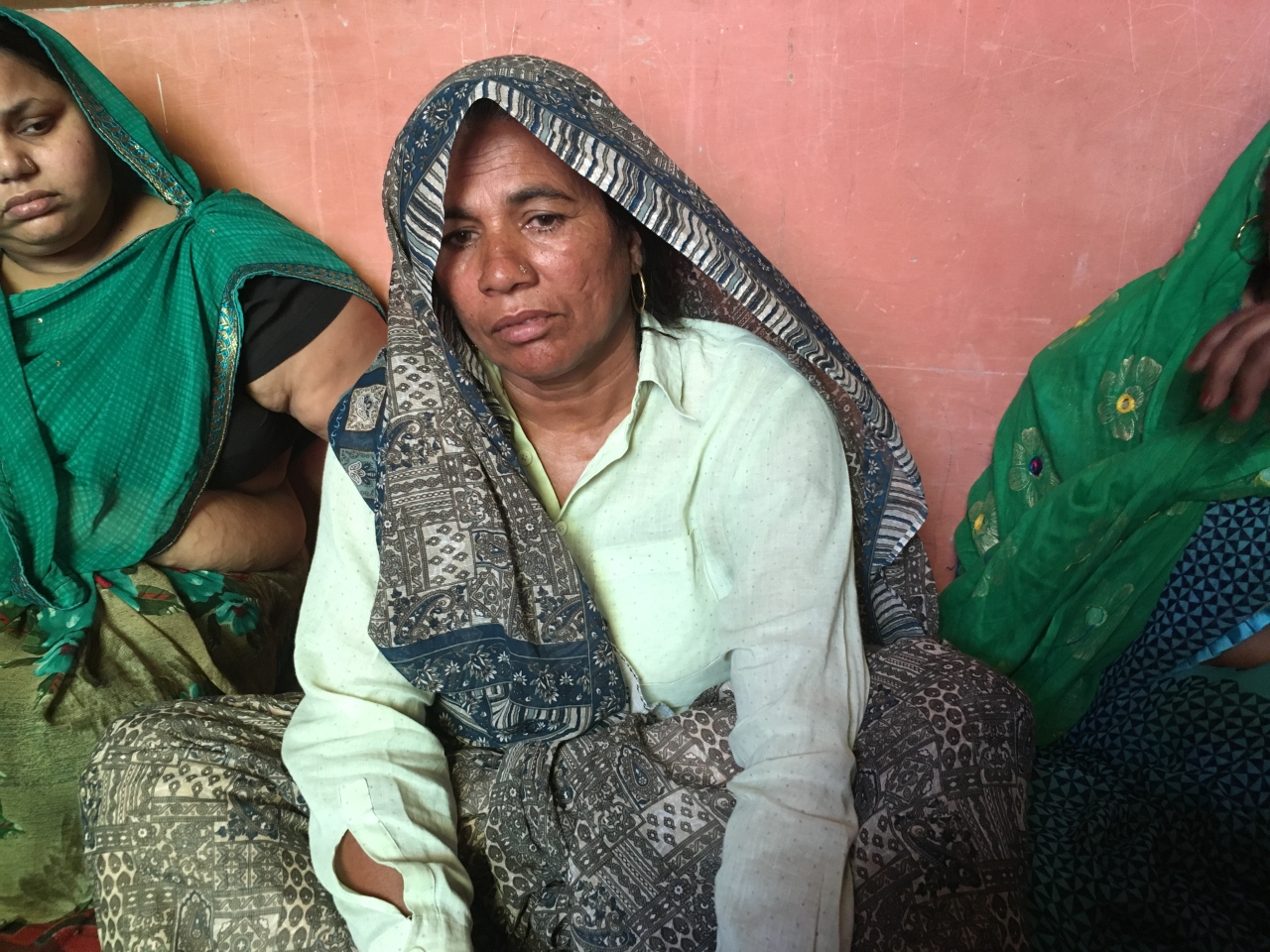 Ratan Singh is survived by his mother Ramkali, his wife Manju and three sons, two of whom are still unmarried. He was employed as a gardener in the New Delhi municipal corporation.

When this correspondent visited the family this week, the women were in no condition to talk.

Pinki, wife of Ratan Singh's elder son Arun, said the death has left the family shattered, who are now looking at an uncertain future."We were very stressed after the theft. No one in the house was talking much. Babuji had hardly slept all this while as he had been spending the nights in the shed,” she said. “And then this happened. The tragedy has hit us really hard.”

The family blames the police for their loss.

Arun said the village has witnessed a spate of cattle thefts over the past two months but the police did not take the matter seriously.

Villagers say that even a day prior to the killing, they spotted three thieves and alerted the police. The police, they say, ignored their pleas of patrolling the area at night.

Pooja, Ratan Singh's niece, told Swarajya that on Saturday morning, she called up the Jarcha police station to inform them about the thieves seen on Friday night, but the police called her a liar. "The cop on the other side asked me to stop lying and disconnected phone," she said, and showed her call records.

When asked, Prabhash Chand said that the police act when there is a formal complaint. "The villagers are talking about four-five incidents in a month, but they didn’t approach us with a formal complaint. We received only one or two cases and we are investigating those," he said.

Vijay Singh, on the other hand, told Swarajya that after his buffalo was stolen on April 3, he went to the police station but the police refused to register an FIR.

On the headway in the murder case, Prabhash Chand said the dead thief has been identified as one Jaiprakash from Ghaziabad's Loni area and hunt for his accomplices is on.

Singh said that while he understood the anger of the family, it is near impossible for the police to patrol all the villages given the "limited manpower".

Distraught villagers, naturally, aren’t buying the excuse. The death has left them furious and unnerved. They say they don't remember a cattle thief going to this extreme in the past. They say they are now in a fix; with police giving excuses, they do not know what to do when the thieves strike next.

Babu Singh, 70, is a neighbour of Ratan Singh. On April 17, thieves entered his cow shed and took away his buffalo. 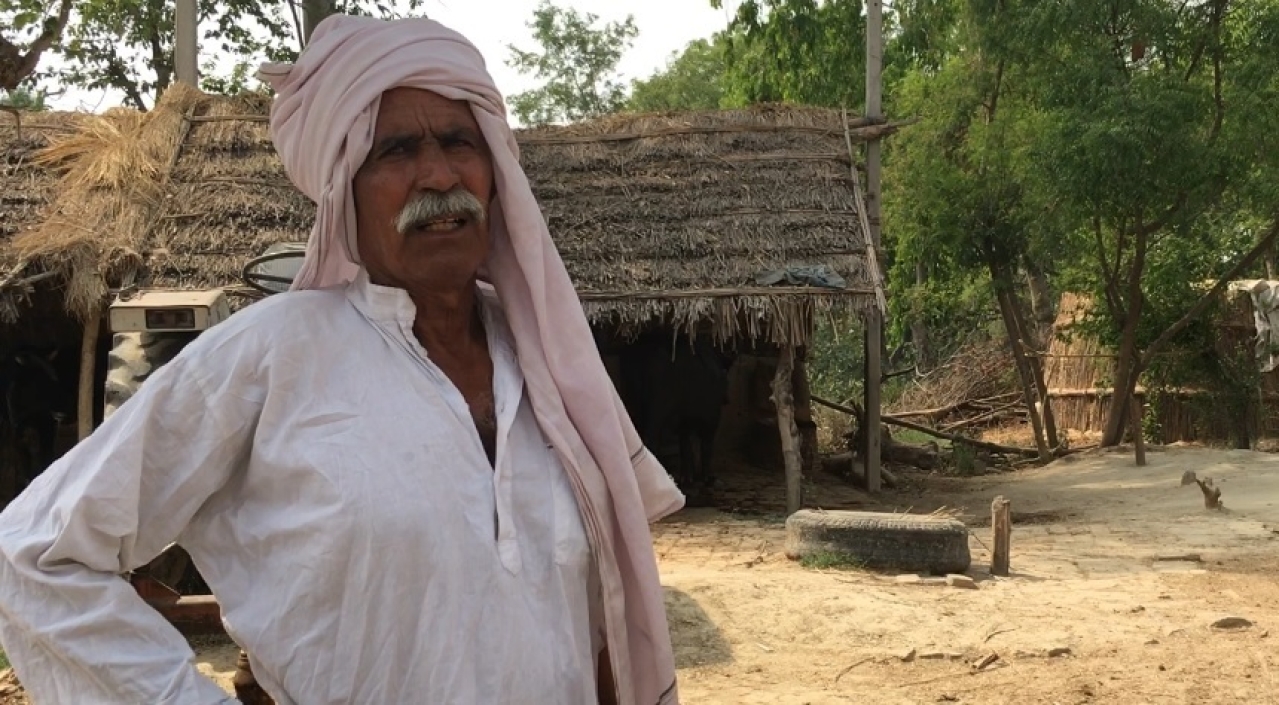 "I was sleeping metres away from where my buffalo was tied. We farmers can't afford a sound sleep and keep waking up in between short naps to check on the animals. Sometime around two am, I realised my buffalo was missing. I looked around and saw a man dragging it through the fields. I raised an alarm but it was too late; he managed to escape," he said.

It was a heavy loss that pushed him back by more than a lakh rupees. Babu Singh says that he now feels lucky he wasn’t killed. His neighbour’s cold-bloodied murder has left him shaken.

He asks, “What am I supposed to do now? Should I sleep like a coward and let the thieves take away my cattle now?"

Yogendra Singh, a young farmer, is equally distressed. He trains his anger at the “Delhi media”.

“It’s because of your Delhi media that thieves are getting bolder and using arms with impunity,” he says.

“We, on the other hand, can’t as much as touch them. The police won’t protect us and our cattle. If we catch the thieves ourselves and thrash them, they'll be the first to file cases against us, all thanks to your tribe.”

It's evident that the liberal media’s disconnect with ground realities and misplaced sympathy with cattle smugglers and thieves has caused much resentment in the dusty interiors of the country. On several occasions, the state governments have acted under such media pressure in favour of cattle thieves and smugglers, and this has visibly caused bitterness among cow-loving villagers and cattle owners.

The heavy compensation to Mohammad Akhlaq by the then Samajwadi party, for instance, has irked not just the residents of Bisada but villages across Gautam Buddh Nagar. Akhlaq’s case finds repeated mention in discussions around Ratan Singh.

“If they can give lakhs and crores to a cattle thief, they should certainly give something to cattle owners too. It is high time cattle owners are compensated for their loss instead of cattle smugglers and slaughterers,” says Yogendra.

Babu Singh interrupts him. “Samajwadi Party is not in power now. They were they ones who sheltered these smugglers. Everyone knows it,” he says.

Even though the current incident has happened under the Yogi Adityanath-led Bharatiya Janata Party government, villagers seem to spare Yogi of their angst. “You know very well that had it been Samajwadi, there would have been a counter case on us by now. At least now we have Yogi who sides with farmers and not smugglers,” Babu Singh tells Yogendra, while others nod in agreement.

Some, however, warn Yogi of taking law into their own hands if confronted with a cattle thief again.

Om Prakash Singh, who happens to be a distant relative of Ratan Singh and is an eye-witness to the April 20 incident, talks of "delivering justice on the spot" so that his "future generations can sleep in peace".

He says, “If a thief targets my place, he won’t escape alive from my grip.”

Asked why, he says, “Do I have any other option? Has the police or government left me with any option?” 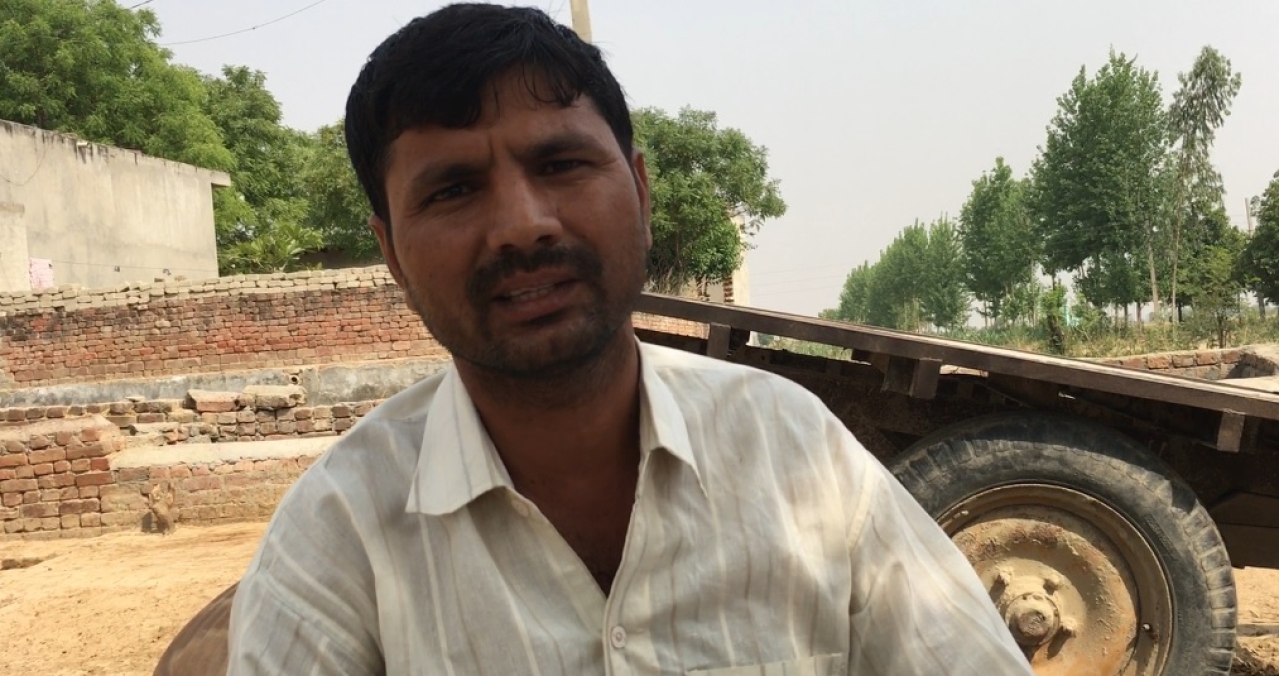 Om Prakash says he is running out of patience as he has spent many sleepless nights protecting his cattle and death has now reached his doorstep. “If we fear them, we will be finished. I won't allow my children to live in the terror of cattle thieves," he says.

Even that day, villagers did not let the cops take away the bodies until top authorities heard them and promised action.

"We insisted that the SP [Superintendent of Police] comes here and assures us of police vigil in the coming nights. Several senior officers eventually arrived around nine am,” said Inderpal Singh, younger brother of Ratan Singh. He said that as a result, the police have been patrolling in the night for two days.

However, he said that he knows the vigils would end as soon as the current outrage dies down.

Arun, Ratan Singh's son, told Swarajya that Sharma promised them assistance but after only after the model code of conduct is lifted.

"He said he can't do anything right away. We understand. We will wait for him to return," said Arun.