I Am From North India, And Here’s Why I Came To Admire Jayalalithaa 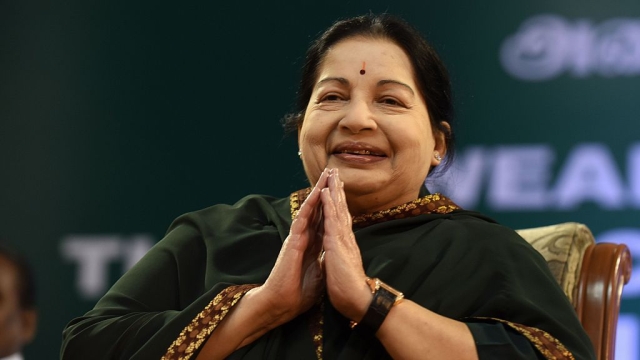 As a ten-year-old boy from an upper-middle class, Bharatiya Janata Party-supporting family, my first impression of Jayalalithaa was unequivocally negative. The papers that I had then started reading told us about her ill-gotten wealth and how she owned, inter alia, hundreds of pairs of shoes. The ‘national’ (read Delhi) media breathlessly reported on the ostentatious wedding of her foster son Sudhakaran. For many like us, she was the embodiment of all that was wrong with the politics of our country. She came across as brazenly corrupt. On top of that, she also dared to be openly disdainful of the media. It seemed as if she was so sure of the support of the toiling, teeming masses of her state that she could not care less about what the ‘north Indian’ media was saying.

She became a favourite bugbear of all pro-BJP north Indians when she withdrew support to Atal Bihari Vajpayee's 13-month-old government in 1999, when the Prime Minister refused to dismiss her rival Karunanidhi's government in Tamil Nadu at her behest. Vajpayee’s government eventually lost the vote of confidence by the narrowest possible margin of a single vote.

Eventually, the National Democratic Alliance (NDA) came to power in 1999, riding a wave of patriotic sentiment after the nuclear tests in 1998 and the Kargil war. This time around, the BJP entered into a pre-poll alliance with the Dravida Munnetra Kazhagam (DMK) and, for someone like me, the DMK sounded like the best possible ally. Its representatives in Delhi were Murasoli and Dayanidhi Maran - both articulate English speakers and seemingly much easier to deal with than the irrepressible ‘Amma’, as Jayalalithaa was affectionately called, who sounded unnecessarily capricious and unreliable.

It was during a physical education class, which I had been constrained to miss because of a bruise on my right knee, that I chanced upon a copy of Rajmohan Gandhi’s biography of his grandfather Chakravarti Rajagopalachari, titled Rajaji, a Life, in my school library. I read the book with great interest. I had read Rajaji’s rendering of the Ramayana and the Mahabharata earlier. However, I was only vaguely aware of the fact that he was also one of India’s foremost freedom fighters and statesmen. Halfway through the book, I ran into the Self Respect movement and the Justice Party and E V Ramaswamy Naicker ‘Periyar’. Suddenly, the DMK, led by its sunglass-sporting patriarch, were not so cuddly anymore. I read more about them on the internet. I read about how they dropped their secessionist plank only after the 1962 war with China. I read about Annadurai and Kalaignar Karunanidhi and how their prodigiously successful politics had been fuelled by their antipathy towards Hinduism and Hindi.

The internet - not as big as it is now - was also full of theories about Karunanidhi’s closeness with those who had planned the assassination of Rajiv Gandhi because the former prime minister had not followed his mother’s policy of encouraging the Liberation Tigers of Tamil Eelam (LTTE) in Sri Lanka, and had instead tried to resolve the dispute through intercession.

When I examined Amma in the backdrop of the Dravidian political stream, of which she was still avowedly a part, I saw her in a whole new light. Her stand on most issues including religious conversions and Article 370 of the Constitution of India seemed to mirror the stand taken by the Hindu nationalistic right. She consistently opposed the activities of Christian missionaries in southern Tamil Nadu. Furthermore, I even chanced upon a speech she made in the Rajya Sabha wherein she tore into Farooq Abdullah’s policy of soft separatism. I read about how she was a celebrated film star who starred in a film opposite our very own Dharmendra. Her relationship with her mentor M G Ramachandran (MGR) had always elicited a lot of prurient interest on the part of the media and eventually she did step into her former mentor’s shoes despite having been pushed off the gun carriage carrying the mortal remains of the former chief minister.

Amma became chief minister in 1991, lost power in 1996, regained it in 2001, only to lose it once more in 2006. Finally, in 2011, she handed out a terrible defeat to a much-weakened DMK in the backdrop of the national hullabaloo surrounding the 2G scam. It was widely believed in Tamil Nadu that A Raja was merely a conduit and that the 2G money was meant for Karunanidhi. The money trail did seem to point towards Karunanidhi’s daughter Kanimozhi. This time, she made sure that her opponents stayed down. She undertook a slew of welfare measures directed towards the poorest of the poor that were received extremely well. A few months ago, she managed to hold onto power literally by the skin of her teeth.

Despite my initial antipathy towards her, I came to admire many of her stellar qualities. The fact that she had successfully held her own in the fiercely male chauvinistic Tamil political firmament was a testament to her grit and fortitude. In the manner of a Kannagi from a modern-day Silpadhikkaram, she got back at all those who had tried to divest her of her garments inside the Tamil Nadu Assembly and even at those who tried to push her off the gun carriage that carried the mortal remains of her mentor MGR.

By all accounts, Tamil Nadu was and is a fairly well-administered state and on some indices outperforms Gujarat and Maharashtra by a fair distance. There is no doubt that the credit for this must go to her. However, to a Hindi-speaking Hindu nationalist like me, her abiding legacy is something else.

Her most important contribution lies in the fact that she managed to rescue Tamil sub-nationalism from the clutches of the Dravidianists and their toxic mix of soft-secessionism, linguistic chauvinism and anti-Hinduism. Unlike Karunanidhi, who had a soft corner for the LTTE, she strongly opposed the Eelam especially during her early terms as Chief Minister. In a state where the leading lights of the dominant political stream of thought had earned their spurs by burning up copies of the Ramayana and holding up Ravana as a Dravidian icon (patently spurious as the Ramayana of Valmiki very clearly mentions that Ravana was a Brahmin and, therefore, according to classic Dravidian theory, himself an invader), she never shied away from visiting temples in public, thereby encouraging the Tamil people to embrace their Hindu cultural moorings.

The iconic British Prime Minister Margaret Thatcher once told the media that the greatest success of her two terms as Prime Minister was Tony Blair, the architect of New Labour and another two-term Prime Minister just like her. The Iron Lady’s achievement lay in the fact that the success of her Conservative political economy compelled ‘New Labour’ to drop ‘collectivisation of means of production’ from their party Constitution.

Similarly, our very own Iron Lady’s greatest achievement was that her staggeringly successful electoral record compelled even opponents like M K Stalin to admit that the DMK was ‘a party of Hindus’. She successfully ensured that Tamil sub-national aspirations were assimilated into the national mainstream without being compromised in any manner. For this, all Indian nationalists, Hindi-speaking or otherwise, should and would remain in heavy debt to her. It would be an injustice to her and the people of Tamil Nadu if we remember her as a leader of the Tamil people and not as a national icon that she deserves to be remembered as.