‘If It Were Pakistan, Would Have Taken Your Daughter From House Itself,’ Kidnappers Tell Minor Girl’s Father 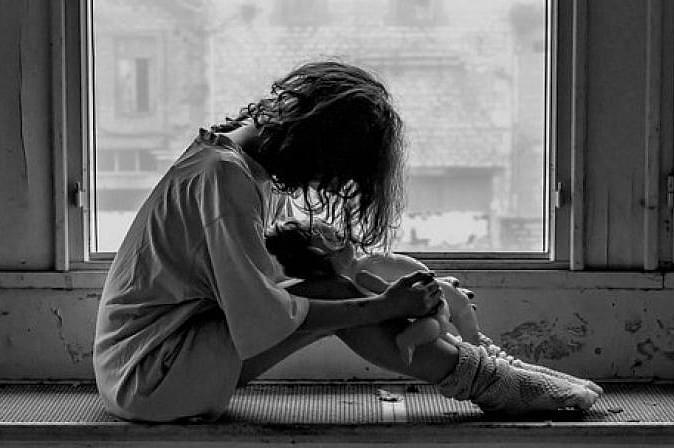 A man in Bihar’s Begusarai district gave a complaint to the local police yesterday (30 July) that when he was going to some place with his minor daughter, a group of Muslim men and women abducted the girl on gunpoint. As per the complaint, one of the kidnappers told the girl’s father that had it been Pakistan, they would have taken the girl from the house itself.

Dinesh Kumar Pandit, 42, has said in his complaint that around 5 pm on 26 July, he was returning from Mansurchak market with his 15-year-old daughter after shopping for grocery when a Bolero car, which had no number plate, stopped near him. Three men and a woman got out of the vehicle. The men held him tight while the woman pushed his daughter inside the car. When Dinesh objected, the men pointed their pistols at him. One of the men, named Mohammad Narool Ansari, told him that if it were Pakistan, he would have abducted the girl from the house itself. The complaint names others as Izmul Khan alias Nazmul alias Aryan, Mohammad Munaffar Anjum Ansari alias Chand and Farat.

The group threatened Dinesh against telling anybody about this and sped away. The complaint further says that in the evening, Dinesh and his wife quietly visited the house of Nazmul alias Aryan where they found his mother Haseena Khatun, who is wife of Mehrum Misar Ahmed Ansari, at home. The couple narrated the incident to the woman. In response, Haseena gathered a mob with her screams and began to abuse and beat up the couple.

Haseena pulled his wife’s gold mangalsutra from her neck. She also told the couple that she will sell their daughter in Bangladesh and push her into prostitution if they don’t immediately leave. The couple returned home for fear of loss of reputation.

The complaint further says that on 30 July around 10 am, a stranger visited their house. He had come on a motorcycle which, again, did not have a number plate. The man told the couple that if they want their daughter back, Dinesh should come with him. The man took Dinesh to an isolated place and said that if he wants his daughter back, he should arrange for Rs 2 lakh and give it to Haseena Khatun within two days. He threatened Dinesh that his daughter would be sold off in Bangladesh if he fails to do so, says the complaint.

Dinesh told this correspondent over the phone that the main accused, Nazmul, has been harassing his daughter on her way to school for quite some time. He said that a year ago, he had confronted Nazmul and warned him not to go after his daughter. “He stayed in his limit for some time, but resumed harassing my daughter later,” he said.

The girl is youngest among Dinesh’s three daughters. She appeared for her Class 10 exams this year. Both her sisters are married. She has no brother. The family, said Dinesh, belongs to ‘Kumhaar pandit’ caste which comes under Other Backward Castes category.

Dinesh said he has received no call since the incident either from his daughter or her abductors.

He said the police have not invoked POCSO Act yet as probe is on.

“We have called the girl’s father for further questioning. He had verbally informed us about the child’s disappearance on 26 July itself. Our teams are already looking for her,” he said.

The officer said he was station house officer (SHO) at Bachhwara police station (he told his name but this correspondent could not grasp that properly).

Shubham Bhardwaj, state co-convener of Bajrang Dal for north Bihar, said that usually, the police hesitate to act in such cases citing communal nature of the crime, but the organisation staged a demonstration outside the police thana on 30 July demanding urgent action in the matter.

He termed this incident a case of ”Love Jihad” and said that the Bihar government has been “appeasing” Muslims to the limit that they are brazenly indulging in crimes against Hindus.

Read other reports by this correspondent on minor Hindu girls’ abductions by Muslim men:

‘Leave Our Area, You Hindus’ Mob In UP Lynches Father For Filing Police Complaint On His Minor Daughter’s Abduction

Three Weeks After Minor Girl Went Missing, Her Tutor WhatsApps Her Conversion-Nikah Papers And Video To Her Family

Dalit Man Struggles To Get His Minor Daughter Back, Months After She Was Kidnapped, Converted And Married

Child Commission Takes Note Of Appeal By Swarajya Journalist, Rescues Minor Girl Who Was Missing For A Mo