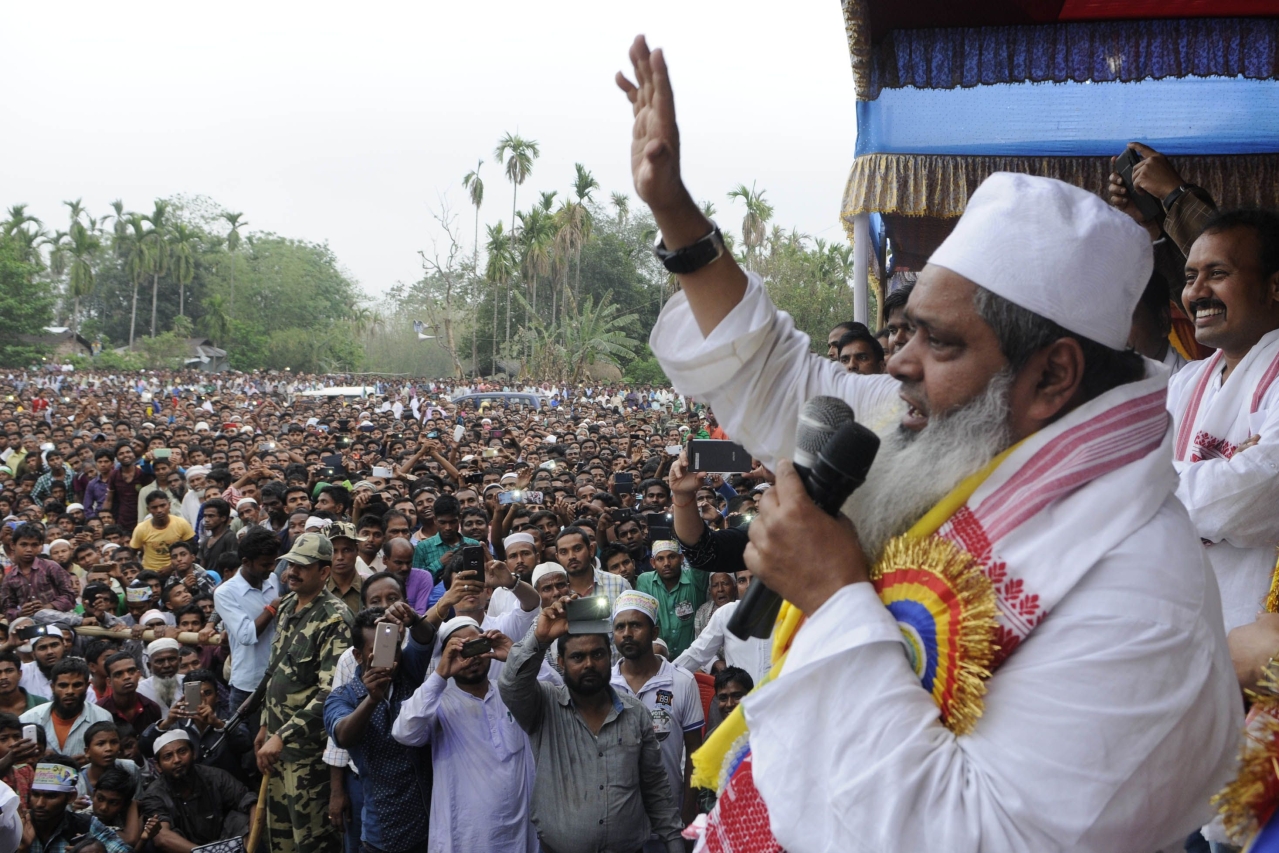 There could be more to the widespread protests raging on in northeast India against the Citizenship (Amendment) Bill 2016 than meets the eye. According to central intelligence agencies, some Islamist organisations that have displayed a lot of undue interest in opposing the bill could also be provoking and funding protests against it by organisations representing the indigenous people of the region.

The cash-rich All India United Democratic Front (AIUDF) led by ‘incense king’ Maulana Badruddin Ajmal, the All Assam Minority Students’ Union (AAMSU) and some other Islamist bodies have openly opposed the bill. The bill seeks to make it easier for Hindus, Buddhists, Sikhs, Christians, Jains and Parsis who have fled persecution in Bangladesh, Pakistan and Afghanistan to get Indian citizenship. Central intelligence agencies suspect that these organisations are also funding protests by others against the bill.

What fuelled the agencies’ suspicion were some posts on social media spreading rumours and misinformation about the bill. These were aimed at inflaming passions among the indigenous people of the region and turn them against the Bharatiya Janata Party. Many of these posts were also aimed at re-kindling the latent feelings of alienation that exist among many northeasterners.

“We found that most of these posts emanated from Pakistan and Bangladesh. The twitter handles from which the misinformation (about the bill) was being spread were being operated from Pakistan. Hundreds of fake Facebook accounts created over the last one month and operated from computers with their URLs located in Pakistan and even in the Middle East were being used to spread rumours about the bill,” said a senior Intelligence Bureau (IB) officer.

The IB discovered a distinct pattern. “The contents of these posts would be shared by some Twitter handles and Facebook users widely within the (northeast) region and then repeated by leaders of bodies representing the indigenous people of the region. They would then gain wide circulation,” said a senior IB officer.

For instance, he said, some tweets from Pakistan-based handles alleging that once the bill is passed, more than 1.5 crore Bangladeshi Hindus would come in from Bangladesh to the North East and get Indian citizenship, started circulating about a month ago. These were shared widely and soon, even leaders of various organisations in Assam and the North East started repeating this lie. “We found that there is a distinct pattern in how and from where such misinformation and lies originate and how they gain very wide circulation within a matter of a few days,” said the IB officer.

What was also very surprising was how the anti-bill movement took on an anti-BJP hue right from the very beginning. And since mid-December 2018, some anti-ill protests took on a marked anti-Indian tone. One significant incident here was a demonstration earlier this month organised by a fringe organisation at Chabua, a small town in Upper Assam which houses an Indian Air Force (IAF) and an army base. The demonstrators shouted “Indian Army Go Back” slogans. “We immediately suspected that anti-Indian elements had infiltrated the anti-bill movement and is trying to steer it towards whipping up fissiparous tendencies,” said an Assam police officer.

One organisation that has been allegedly circulating misinformation and lies about the bill is the Krishak Mukti Sangram Samiti (KMSS) headed by the highly controversial Akhil Gogoi. Gogoi, a Marxist alleged to have links with Maoists, issued a call for Assam's secession from India if the Citizenship Bill is passed. Assam Chief Minister Sarbananda Sonowal, Health Minister Himanta Biswa Sarma and many others have accused Gogoi of spreading lies against the bill at the behest of anti-Indian forces. Even some civil society leaders have accused Gogoi of misleading people against the bill.

Sarma says that Islamist organisations and parties like the AIUDF are orchestrating protests against the bill for their vested interests (watch this interview). “If the names of Bengali Hindu migrants from Bangladesh who are now in Assam are deleted from the electoral rolls, at least 17 assembly constituencies in the state will be won by Muslim candidates since Muslims living there will either become a majority or will become more than 40 per cent. That is what the AIUDF wants and so it is opposing the bill and fuelling and funding protests against it. Assam will become another Kashmir and ultimately, Assamese Hindus themselves will be driven out of Assam,” warns Sarma.

Sarma says a campaign to counter the lies against the bill is being launched. “We are creating awareness against the bill. We are telling people that no fresh Bengali Hindus will come in from Bangladesh and that the Assamese must support the bill if we don’t want Assam to become another Kashmir. It is not Bengali Hindus, but Bangladeshi Muslims, who pose a threat to the Assamese, to Assamese culture and identity. But obviously, the Bangladeshi Muslims are not happy with the bill,” said Sarma.

The minister pointed out that Muslims of Bangladeshi origin staying in Assam were the most vocal in social media against the Citizenship Bill. “If you study social media carefully, you will see that most of the opposition to the Citizenship (Amendment) Bill is coming from Bengali Muslims. What is their problem with the bill? We should be intelligent enough to ask ourselves what these (Bengali Muslims) have to do with the bill and why are they so opposed to it.

The answer is that if they can prevent Bengali Hindu migrants (from Bangladesh) from becoming Indian citizens and voters in Assam, then they will become a majority in 17 assembly constituencies by the next elections and very soon, Assam will become a Muslim-majority state,” warned Sarma.

Central agencies have already intensified monitoring of the social media posts and discussions on the Citizenship (Amendment) Bill. “We are probing the funds angle also. Preliminary evidence of money changing hands has emerged. Some organisations and persons who are leading protests (against the bill) may have received funds knowingly or unknowingly from Islamists,” said the IB officer.

The bill has provided an opportunity to Islamists in Assam and their patrons abroad to fish in troubled waters and create chaos. Thankfully, the state has woken up to this threat and has started countering the false propaganda against the bill.