Is The Tibet Issue Dead? 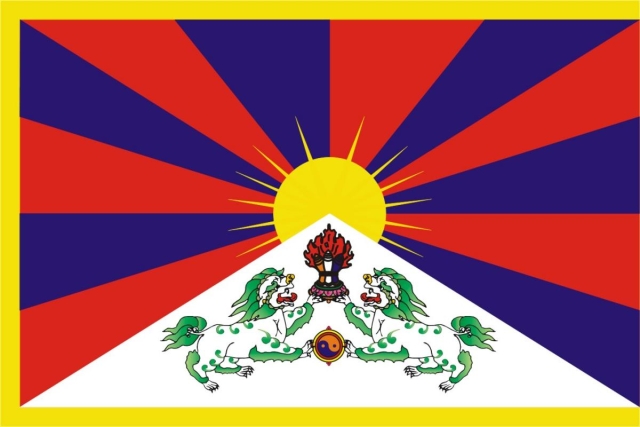 Beijing believes that only ‘development’ can bring ‘stability’ in the TAR and Tibetan-inhabited areas of Yunnan, Sichuan, Gansu and Qinghai; in such a scenario, Beijing solves the Tibetan issue and the Dalai Lama becomes irrelevant.

A few days before Prime Minister Modi departed for Beijing, the news agencies announced that a scheduled meeting between BJP president Amit Shah and the Dalai Lama would not happen. The encounter, to be held in Dharamsala, was cancelled after a message from the Prime Minister’s Office (PMO) said that it would be ‘highly inappropriate’. A senior BJP leader later clarified that the cancellation of meeting did not change India’s relationship with the Tibetan spiritual leader.

This and other recent happenings raise a serious question: where is the Tibetan issue at?

A few months ago, The Global Post published a story about the Dalai Lama, asking: ‘is the Tibet issue dead?’. It mentions South Africa’s denial of a visa to the Tibetan leader to attend the 14th world summit of Nobel peace laureates in Cape Town. The article argues: “The Dalai Lama is losing friends all over the place as the world undergoes a geopolitical realignment.”

It is a fact that today China has become so powerful that most heads of state or government think twice before receiving the ‘simple monk’. Further, Beijing seems more assured that it is in control of the situation on the Roof of the World.

It perhaps explains why in December 2014, the Buddhist leader told the BBC that it “would be better that the centuries-old tradition [of having a Dalai Lama] ceased at the time of a popular Dalai Lama.” He hinted that a Dalai Lama ‘found’ by China could be extremely unpopular with the Tibetan people. The 80-year old monk added: “There is no guarantee that some stupid Dalai Lama won’t come next, who will disgrace himself or herself. That would be very sad.”

The present Dalai Lama is not stupid and he knows perfectly well that the Rule by Incarnation, in other words, the rule of the Dalai Lamas over Tibet, is a flawed system of governance.

It has been unsatisfactory for several reasons.

First and foremost, one is never sure that the choice of a new reincarnated lama is the right one. During some troubled periods of Tibetan history, the Mongols or the Manchu dynasty did use their influence for imposing ‘their’ choice, through the Golden Urn system or by other ways. The selection of the correct candidate has always been a major problem in Old Tibet. This is true not only for the Dalai Lamas and the Panchen Lamas at the top of the hierarchy, but also for ‘local’ hierarchs who presided over a county, a province, a school of Buddhism, a monastery or even over a particular lineage.

Another reason that made the system unworkable is the gap of 20 odd years, between the death of a Lama and the time when his reincarnation is able to take over the job; during the interregnum, the nation is left without governance, or it depends on regents who often have more knowledge of mundane matters than good governance.

In the past, this led to very difficult transitions, to say the least.

If the system is not terminated (by the Dalai Lama himself), it is certain that there will be 2 Dalai Lamas a few years after the death of the present hierarch: one enthroned by the Party in Beijing and one recognized by the Tibetans. It is what has happened with the Panchen Lama (one is promoted by the Party, while the one recognized by Dharamsala is under house arrest for the past 20 years somewhere in China). The temptation is too strong for political leaders (especially in Beijing) not to choose ‘their’ own candidate.

This explains why the Dalai Lama, who installed an elected leader in 2011 to replace him for temporal matters, told the BBC: “The Dalai Lama institution will cease one day. These man-made institutions will cease.”

The Communist Party was obviously furious with the Dalai Lama’s declaration. The New York Times speculated: “That would confound the Chinese government’s plans to engineer a succession that would produce a putative 15th Dalai Lama who accepts China’s presence and policies in Tibet.”

Zhu Weiqun, a former interlocutor of the Dalai Lama’s Envoys, told the media the Tibetan leader will have no say over his own reincarnation: “Decision-making power over the reincarnation of the Dalai Lama, and over the end or survival of this lineage, resides in the central government of China.” The Party is omniscient, even about ‘reincarnation’!

Zhu further affirmed: “The 14th Dalai Lama has taken an extremely frivolous and disrespectful attitude toward this issue.”

One can understand that Beijing is furious to suddenly see its dream of having a Dalai Lama anointed by the Party evaporating in the mist of the Roof of the World.

But there is more, China is today sure of itself. The State Council (China’s Cabinet) recently released a White Paper (WP) ‘on the development path of Tibet’. It is not the first WP published by the Chinese Government on Tibet; in 1992 already, the State Council tried to justify its position about ‘ownership and human rights’. The characteristic of the latest avatar is best described by the Central Tibetan Administration in Dharamsala:

“[it] tries to belittle His Holiness the Dalai Lama by questioning his sincerity in dealing with China. His Holiness admired around the world and revered by the Tibetan people, does not need any certificate on his motivation from the Chinese Government.”

Why such a violent attack on the Tibetan leader, when many in China realize that he is undoubtedly the best bet if Beijing wants to find a solution to the Tibetan issue? But reading through the longish paper, it is clear that for the communist regime, everything is fine and wonderful on the Roof of the World. Nonetheless, Beijing warns the Dalai Lama: “The tides of the times are irresistible. …Any person or force that attempts to resist the tide will simply be cast aside by history and by the people.”

The WP asks the Dalai Lama to ‘put aside his illusions’ about talks on Tibet’s future status. For Beijing, the Dalai Lama keeps ‘a sentimental attachment to the old theocratic feudal serfdom’.

The WP’s timing was obviously ‘synchronized’ with the 50th anniversary of the establishment of the Tibetan Autonomous Region (TAR), but also with the holding of a Sixth Forum on Tibet Work.

What is a Work Forum on Tibet?

It is the large Party gathering where a new Tibet policy is decided. It is attended by several hundreds of officials, including all the members of the Standing Committee of the Politburo.

In 2010, it was decided to make Tibet a giant tourist attraction park; last year alone, 15 million mainlanders visited the Disneyland of Snows.

During the forthcoming Tibet Forum, the ‘One Belt, One Road’ scheme (New Silk Road) will be extended to Tibet; Beijing believes that only ‘development’ can bring ‘stability’ in the TAR and Tibetan-inhabited areas of Yunnan, Sichuan, Gansu and Qinghai; in such a scenario, Beijing solves the Tibetan issue and the Dalai Lama becomes irrelevant.

The Sixth Work Forum on Tibet is certain to make the Land of Snows an important economic and touristic hub for the New Silk Road project. One of the collaterals will be the construction of the Tibet-Xinjiang railway through the disputed Askai Chin area (this will have serious implications for India).

Where is the place of Dalai Lama this scheme?

Nowhere! But all is not lost.

The Modi Sarkar has certainly not said its last word on the Tibet issue; another silver lining is that despite all its assurance, not to say arrogance, Beijing is nervous.

Take the Joint Statement, signed after Narendra Modi’s meet with his Chinese counterpart; about the Kailash yatra it says: “The Indian side appreciated the support and cooperation by the Ministry of Foreign Affairs and the local government of Tibet Autonomous Region of the People’s Republic of China to Indian pilgrims for the Kailash Manasarover Yatra.”

Why does Beijing always speak of ‘Tibet Autonomous Region of the People’s Republic of China’? Delhi never speaks of ‘Tamil Nadu of the Republic of India’ or ‘West Bengal of India’. Perhaps it shows that Beijing is still unsure about the legal ground of its ‘presence’ in Tibet.

Nervousness is not a sign of the ‘stability’ mentioned by President Xi Jinping. It is perhaps why many analysts believe that China may ‘crack’ in the not too far future.

The dies of history are not fully cast as yet.