Had Chandrababu Naidu Stayed With NDA, He Would Have At Least Cut His Losses 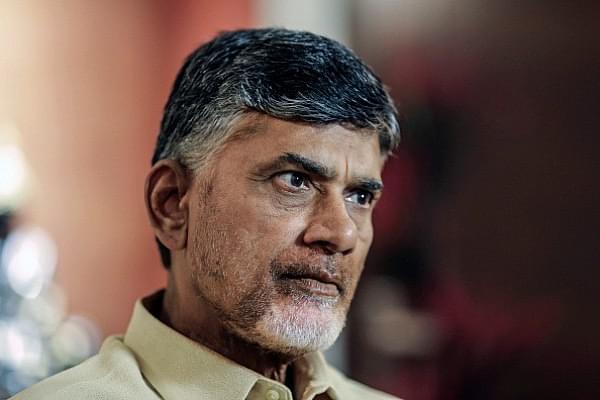 Predicting election results is the most unwise thing to do among many other things. Instead of waiting for the results of the Andhra Pradesh assembly elections and the general elections to unfold on 23 May 2019, Chandrababu Naidu (CBN) is in a hurry to prove that the defeat for his party is certain and the blame should go to the EVMs, the Election Commission and Modi, in that order.

Naidu spearheaded a petition, along with 20 other leaders, praying to the Supreme Court (SC) to increase the tallying of VVPAT with EVMs to 50 per cent of the total EVMs in each constituency. This article is not about the merits of the petition to the SC but about how Naidu has made efforts to prepare his alibi for the horrifying defeat that he believes he cannot escape from on 23 May 2019.

The Telegu Desam Party (TDP) and the Y S R Congress Party (YSRCP) got almost the same percentage of votes in AP in the 2014 assembly and general elections. However, thanks to the alliance that CBN had with the Bharatiya Janata Party (BJP) along with the tacit support of Pawan Kalyan, TDP managed to win 117 out of 175 seats for the assembly, and 16 out of 25 seats for the parliament. Even in the 2014 elections, TDP would have found it extremely difficult to secure a majority in the assembly, and a respectable number of parliamentary seats, in the absence of an alliance with the BJP and Pawan Kalyan’s tacit support.

Importance of the State Capital

In spite of all the tall claims made by politicians and so-called think-tanks that villages are the backbone of India, those who administer the government—either at the centre or the states— know very well that in the case of developed states, it is the state capital that brings in substantial revenue to the exchequer.

Hyderabad, the capital of the erstwhile, undivided Andhra Pradesh, is no exception. Once Hyderabad was ceded to the newly-formed Telangana state as a consequence of the bifurcation, it was expected that it would take at least a decade for the truncated Andhra Pradesh to get back to its economic supremacy with revenue flowing into the exchequer—irrespective of the financial and other assistance flowing from the centre.

In such a situation, the basic rule for one who is in charge of governing a state is to accept the major setback in economic prosperity and work towards its betterment, while communicating with the masses that “we are on track and we want one more term to set things right”—a clear, positive messaging.

This is what Narendra Modi has done at the centre. He did his level-best in the five years of his first term and is now seeking one more term to push the development that has been initiated. Despite all the counterclaims made by some, Modi’s good will and messaging is working well in the eastern, western and northern parts of India, appearing to pave the way for one more term for Modi, maybe with slightly reduced seats.

CBN, however, resorted to spreading negativity and relying on impossible outcomes. He expected that the corruption cases against Jagan Mohan Reddy would result in conviction, without considering that our judicial system is prone to giving relief to many corrupt politicians for decades on end. So, Jagan Reddy continued with his padayatra all throughout Andhra Pradesh while also appearing in the courts for the numerous cases he faces, and consequently, became more popular than CBN in the course of time!

Realising Jagan’s rising popularity only in the last year of his term, CBN panicked. Knowing that he could not win against Jagan on the popularity front, he invented a new enemy in the form of Narendra Modi. And so, after being a part of the NDA government for four years and enjoying respectable berths in the union cabinet, TDP formally left the NDA and their ministers resigned from the union cabinet. CBN raised his pitch against the BJP— an extremely small party in Andhra Pradesh—and particularly Modi, and it did not help him in anyway. And unlike Jagan, who is clearly focused on Andhra Pradesh, CBN burnt his fingers by aligning with the Congress for the Telangana assembly elections and thereafter the alliance ended abruptly.

Chandrababu Naidu unnecessarily compared himself with Modi and claimed more respectability based on his seniority in politics. Naidu’s TDP was one of the dominant parties in the erstwhile, united Andhra Pradesh. It got reduced to being one of the dominant regional parties of a truncated AP, after bifurcation. Narendra Modi, on the other hand, is the leader of a national party enjoying dominance in the north, west and east of India.

In the last one year, CBN’s criticism of Modi has ended up benefitting Jagan, who has neither aligned with the Congress nor with the BJP so far, whereas TDP has flip-flopped with both. TDP was thus forced to defend its AP territory in the 2019 elections with no alliance partners. CBN clearly senses now that there will be a humiliating defeat for him in the AP assembly elections and the parliament elections too, and thus, he is busy preparing a scapegoat for the situation and EVMs have come in handy for him!

Election Defeats are Part of the Game

No political party or leader can avoid a defeat in elections, especially when they have been around for a long period. By adopting a more moderate and prudent strategy of continuing with the NDA government, CBN may not have been able to avoid the impending defeat but it would have been a “decent” defeat.

BJP may be a small party in the state but whatever additional votes they would have got by aligning with the BJP would have helped CBN regain some lost ground and reduced the huge losses that he is now facing. Moreover, by continuing with the NDA, even with a handful of MPs, TDP could have become part of the union government after the 2019 elections and enjoyed some clout at the centre.

By deserting the NDA in haste, CBN appears to have lost the plot—fairly and squarely—and he may become a non-entity, both in AP and at the national level, for the next five years.