Kapil Sharma Row: Given Our Housing Laws, Anyone Could Be Violating A Law (Or Five) 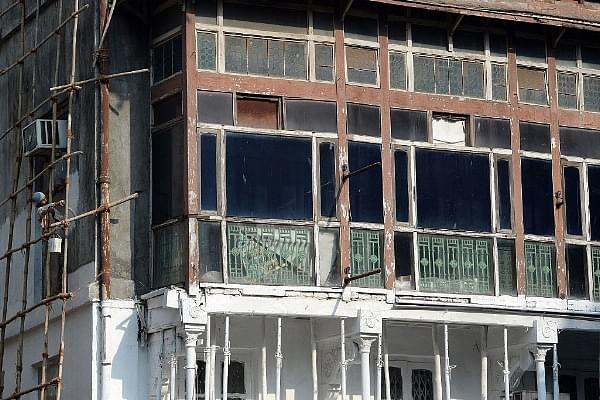 Kapil Sharma’s ‘bribe’ saga presents us with a delicious opportunity to take a close look at the laws and regulations that impact urban development in India, especially in Mumbai.

For starters, just take a look at the different acts or codes under which Sharma is said to have committed a violation – just by adding another floor and extending the floor area.

And more, like the Maharashtra Regional and Town Planning Act (MRTP), 1966.

The vastness and complexity of all these laws in combination with administration problems ensure that the number of violations and the resulting illegality is very high. Given the complexity, few homes in Mumbai can be said to be completely legal.

It is important to note here that this issue is one of a corrupt system of local governance. This writer would not be overstating the case if he compared the current regulations related to urban development to that of the licence raj era when we were reaching the “commanding heights”. (The irony with such a comparison is the fact that floor area ratio (FAR) regulations prevent urban buildings from even reaching moderate heights). Here is what Sushil Kumar Sayal wrote in his book Inside unReal Estate:

Construction laws are openly flouted as dishonest builders collude with corrupt bureaucrats. In fact, I am convinced that bureaucrats deliberately keep the rules complex. This is rent seeking by another name. If all the procedures are simplified, they will be left with no discretionary power. And nobody wants to give up power- and the money that comes with it.

After Kapil Sharma sent out those two tweets to Prime Minister Narendra Modi, the bureaucracy and the local Bharatiya Janata Party (BJP) politicians and their associates did not pull back their punches. A Member of Legislative Assembly (MLA) from the BJP, Ram Kadam, filed a complaint against the Brihanmumbai Municipal Corporation (BMC) and, therefore, ensured that Mumbai Police summoned Sharma for questioning. A Right to Information (RTI) activist, Asad Patel, filed a complaint under “Section 378 of Indian Penal Code, 1860, The Forest Act, 1927, Environment Protection Act 1986. The Mumbai Municipal Corporation Act, as per directions of the Bombay High Court in conservation of mangroves matter.”

Soon, BMC ‘sources’ told the Indian Express that they would be sending Sharma the bill for the demolition work that they had done a while back in his mansion. Author and regular commentator Vivek Kaul aptly summed up the situation in this manner: “Don’t take on the system. Given our laws, chances are you are always breaking one.”

Sharma is not the only celebrity who has ‘violated’ these norms and landed in a soup. The BMC demolished an illegal ramp built outside Shah Rukh Khan’s bungalow, Mannat, last year and even handed him a bill of 1.93 lakh under Section 489(1) of the MMC Act.

Kapil Sharma’s bill will be a little higher given the ‘height’ of his violation.

Even if Sharma paid the bribe and indulged in building code violations, this writer wouldn’t consider his actions to be necessarily bad for reasons that will be explained later in this article. However, Sharma is definitely wrong in blaming Modi and taunting him about acche din. In fact, he is wrong on two counts.

1. The people he needed to blame were the politicians running the local government and the Maharashtra state government.

2. Narendra Modi is the only prime minister who has voiced an agenda for an urban future. His Minister for Urban Development, Venkaiah Naidu, has also done good work to nudge states to adopt fewer and simpler rules of land use and construction.

While you are most probably convinced on point one, it is important that you see the evidence for point two as well. While the Smart Cities Mission may not amount to anything of significance, it is important to note that the Ministry of Urban Development (MoUD) is pushing zoning reforms that will help slow down suburbanization and decrease housing costs for citizens as well as renting costs for commercial enterprises. (The zoning reforms are of a mild nature. One hopes that the MoUD nudges the states more in the coming years).

The Housing For All Mission, which was previously described as mostly a dud (except for the rental reforms), also ties central funds to states passing reforms for simplifying building codes and construction norms. These reforms have been so successful that even the revolutionary government in the National Capital Territory of Delhi has not protested its implementation in the territory it misgoverns. Incidentally, the Chief Minister of Maharashtra, Devendra Fadnavis, too is doing the same, although these reforms only apply to municipal corporations with lower populations.

The central government through the Ministry of Environment and Forests also relaxed Coastal Regulation Zone (CRZ) norms applicable to the Greater Mumbai region. This will help reduce the pressure on housing prices. The pressure was created due to an artificial shortage in land supply in these areas, which, as you might have guessed, was an outcome of the original CRZ rules. The relaxation of CRZ rules will also make a lot more projects viable in these areas. The Indian Express had reported that as per the Coastal Zone Management Plan (CZMP), about 40 percent of Mumbai’s hospitable area falls under the CRZ zone.

Venkaiah Naidu has done more to cut regulation in these areas in the past two years than the 10 years of United Progressive Alliance rule. The proper job of the central government in India is to nudge state governments to adopt market-friendly reforms. Modi’s government has done that job better than any previous government in the area of urban development.

As a 20-year-old who will participate in Bengaluru’s rental housing market next year, this writer is genuinely happy whenever someone indulges in a zoning violation by, say, building residential housing in a commercial zone or an industrial zone. The same is the case whenever I see people blatantly violating FAR norms by adding another floor or extending floor space in a pre-existing floor.

The reason? More housing stock becomes available in the market. Every single violation does its part in reducing rental costs for citizens like me.

In fact, I’m willing to bet that more than half of Bengaluru’s startups (if you exclude the ones with a billion dollar valuation) operate out of offices which are supposed to be residential housing stock. Many of Delhi’s think tanks operate out of residential buildings secretly – they don’t put up boards – because of Delhi Development Authority’s regular drives against ‘irregularities’. I pray to the gods that other municipal authorities don’t copy Delhi’s pioneering efforts to raise the costs of living and operating businesses. (Sharma’s illegal construction was, according to a report, an office.)

Some commentators might still fault him for ‘breaking the rule of law’. I choose not to and pray to the gods that more such violations occur.