Modi Versus The Rest: Why An Opposition Grand Alliance Will Only Give A Fillip To BJP’s Fortunes 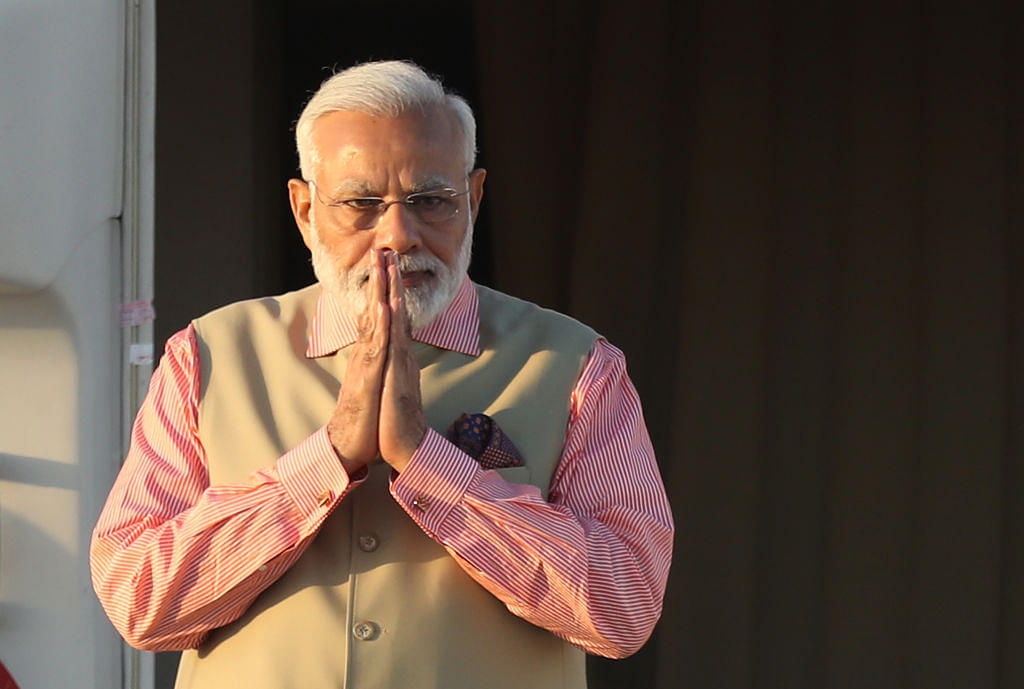 Bharatiya Janata Party’s (BJP’s) victory in North Eastern states and recent losses in by-polls have led the opposition parties to step up their efforts to form a grand alliance against Prime Minister Narendra Modi in 2019. United Progressive Alliance (UPA) chairperson Sonia Gandhi hosted a dinner for representatives of 20 regional parties, Trinamool Congress chief Mamata Banerjee met with Telangana Rashtra Samithi chief K Chandrashekhar Rao to give shape to a federal front and fierce opponents Bahujan Samaj Party and Samajwadi Party came together to defeat BJP in Uttar Pradesh bypolls. ‘Oust Modi’ has become the flavour of the season with Maharashtra Navnirman Sena chief Raj Thackeray, whose political base is fast eroding, jumping onto the bandwagon and calling for a ‘Modi-mukt Bharat’.

BJP has been winning state after state since its historic performance in Lok Sabha in 2014. It is becoming stronger in states where it is not in power, fast dislodging Congress as the main opposition party. BJP's politics of unifying the Hindu vote has the potential to render caste and secular politics of Congress and regional parties extinct. This has instilled fear among the opposition parties. With survival at stake, Congress as well as regional parties are coming together.

The opposition is trying to put up a 1977-like alliance against the BJP in 2019. In 1977, prominent parties like the Lok Dal led by Chaudhary Charan Singh, Bharatiya Jan Sangh led by Atal Behari Vajpayee and Lal Krishna Advani, Congress (O) led by Morarji Desai, Congress for Democracy led by Jagjivan Ram came together and contested under the banner of Janata Party, opposing the Emergency imposed by the then prime minister Indira Gandhi. They were backed by the Left and some regional parties like Akali Dal, Dravida Munnetra Kazhagam, Peasants and Workers Party etc.

There was general public anger against Emergency and these parties received significant public support. In fact, the front was formed under public pressure of ‘Indira hatao’. Student movements in Gujarat and Bihar, led by J P Narayan, against corrupt practices of the government ultimately led to the formation of Janata Party under the mentorship of J P. However, the narrative for creation of any such a ‘grand alliance’ this time is missing. Currently, no such common thread binds these parties, apart from plain anti-Modism.

It’s still not clear what shape this alliance will take. Will this alliance be led by Congress or will there be a federal front of regional parties, who might then have an understanding with the Congress? In 46 per cent of the seats, there is direct contest between Congress and its allies and BJP and its allies. In 19 per cent seats, BJP is in direct contest with regional parties. In 16 per cent of seats there is a triangular contest. How can Congress leave its claim on these seats?

The main issue with any such alliance is that Congress is in direct contest with regional parties, in states like Telangana, Andhra Pradesh, Odisha, Kerala and Delhi, accounting for 90 odd seats. Leaving the seat for regional parties, risks ceding space to BJP in these states. Regional parties as well need to maintain their anti-BJP and anti-Congress stance. The recent losses for the Congress mean that the party is fast losing its moral authority to remain the fulcrum of any anti-Modi alliance. Any loss in Karnataka would jeopardise its plans further.

Shortcomings Of This Alliance

Any umbrella alliance of anti-BJP/anti-Modi forces is easier said than done. Apart from a lack of common ideology, the track record of such alliance dependent upon Congress support has been poor. No prime minister backed by Congress has completed one year in office starting from Chaudhary Charan Singh to Chandrasekhar to H D Deve Gowda to Inder Kumar Gujral. Any such government without a Congress man at the helm will not last long. But will regional satraps accept Rahul Gandhi? Or will we have another Manmohan Singh? India is at an inflection point in its history and cannot afford any such misadventures. There are too many leaders in this proposed alliance and most of them have big egos. There is a lot of distrust among members of the grand alliance especially ex-Janata Dal splinter groups. You must have heard of the adage ‘too many cooks spoil the broth’.

Anti-Modism Will Give A Fillip To BJP’s Fortunes

Elections in India are moving towards presidential style, and the anti-Modi plank will make this more personality focused. This is dangerous for opposition as they don’t have a credible face to challenge Modi. Opposition can do better only if they make these elections localised, playing up anti-incumbency against sitting members of Parliament. Ganging up against Modi will prove to be counter-productive. It will provide Modi the narrative for 2019 which is still missing in his armoury.

In 2014, the main plank was ‘corruption’. Modi will get a chance to say that entire opposition has ganged up against him because of the steps he has taken against corrupt leaders and businessmen. He will give examples of Lalu Prasad Yadav and P Chidamabaram, who are key players in the grand alliance. This way, the focus will move away from shortcomings of the Modi government. Opposition with this strategy is actually playing into Modi’s hands and making him stronger. While opposition is hoping for a 1977 like result, we could see a repeat of 1971.