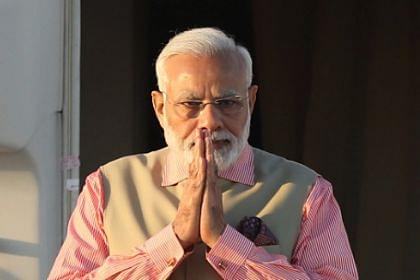 Narendra Modi’s invitation to India’s neighbours for his swearing-in ceremony on 30 May – with Pakistan excluded – sends the silent message that the original regional trade association, Saarc, is moribund or dying.

Of the eight countries that form Saarc, four key ones have been invited, including Sri Lanka, Bangladesh, Nepal and Bhutan; the additions to Modi’s invite list are Mauritius and Kyrgyzstan, apart from the Bimstec trade association with India’s eastern neighbours. Bimstec stands for Bay of Bengal Initiative for Multi-Sectoral Technical and Economic Cooperation.

Saarc, or the South Asian Association for Regional Cooperation, was set up after the signing of the group’s charter in 1985, but since then the mere existence of Pakistan in the association has poisoned its potential.

India’s new free trade focus is a Saarc minus Pakistan, and since it is not possible to evict Pakistan from it, the replacement is Bimstec, which includes all Saarc countries minus Pakistan, Afghanistan and Maldives. Bimstec also includes Myanmar and Thailand – all countries defined by their Bay of Bengal presence. Exploratory talks are on for a Bimstec free trade zone.

India’s interest in Saarc started declining after the Modi regime came to power in 2014. While Modi made an initial bid to heal the rift with Pakistan, the initiative was not reciprocated. The turning point was the November 2014 Saarc summit in Nepal. At that summit, Pakistan stonewalled all agreements, including innocuous ones for improving road and rail connections between Saarc countries, and for the creation of a regional power grid.

Pakistan refused to agree to these projects as it wanted to blackmail India into talking to it on Kashmir and other issues, something India has refused to do till Pakistan stops all aid and support to terrorists creating mayhem in India.

Since then, there have been no meaningful meetings on Saarc. In November 2016, Pakistan was to host the Saarc summit, but India orchestrated a boycott after jihadi terrorists attacked the army camp at Uri earlier that year. The boycott was backed by Bangladesh, Sri Lanka, Maldives, Bhutan and Afghanistan. A bid for a new summit last November also flopped, as neither Modi nor External Affairs Minister Sushma Swaraj agreed to accept the invite.

For years now, the Pakistani bid to hold Saarc hostage to settling the Kashmir issue has ended up killing the organisation’s potential. With Modi now clearly indicating that Bimstec is the new focus of India’s regional trade aspirations, Saarc is as good as dead.