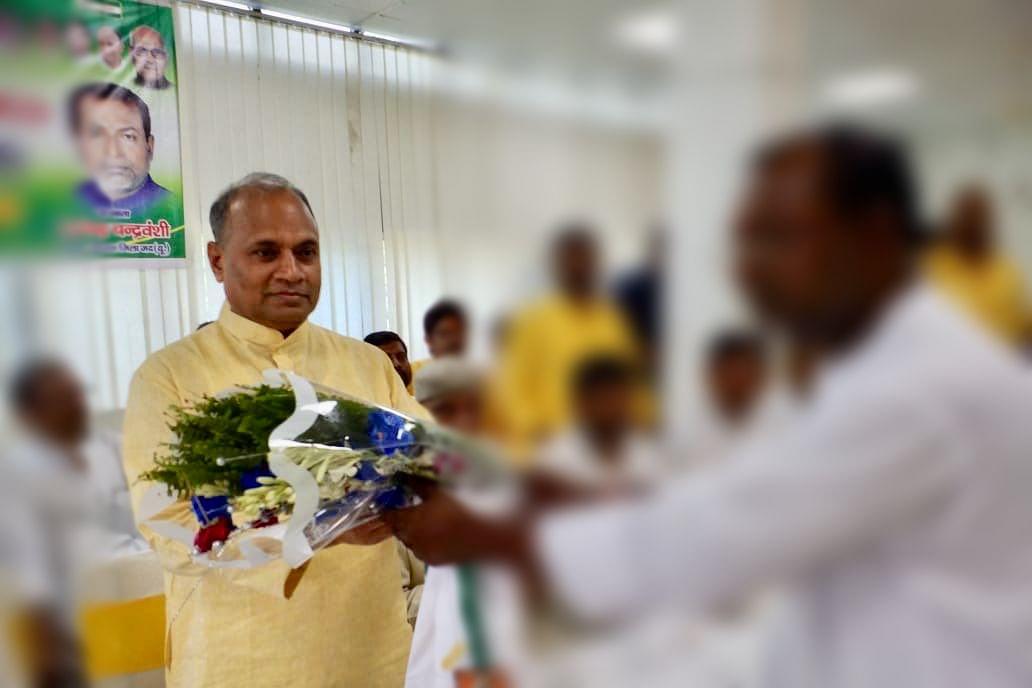 Janata Dal United's poor performance in the Bihar assembly polls in October this year has been followed by another setback.

The Nitish Kumar-led party has lost six MLAs in Arunachal Pradesh to the Bharatiya Janata Party.

The six out of the seven MLAs from JDU left the party a day after the announcement of the results of the panchayat and municipal elections held in Arunachal.

These setbacks have led to a new development in leadership.

Nitish Kumar has handed over the responsibility of heading the party to Member of Parliament in Rajya Sabha, RCP Singh.

Singh hails from Nalanda and belongs to the Kurmi community. Singh and Kumar are considered close friends in the JDU leadership. Singh was the party general secretary earlier.

Kumar had reportedly "spotted" Singh when working as a minister in the Atal Bihari Vajpayee-led government in 1996. Singh was a UP cadre IAS officer then, working under senior Samajwadi Party leader, Beni Prasad Verma.

Kumar took Singh in his team when he became the railway minister.

Singh is the father of IPS Lipi Singh, the superintendent of police (SP) of Munger, Bihar. Lipi Singh was in the news for her role in the infamous Munger shooting case of October 2020, amid the Bihar assembly elections.

On 26th October, in Munger, a murti of Maa Durga was being carried by the devotees for immersion. Violence erupted during the rituals leaving one killed and several injured in the firing and stone pelting.

The killing of a devotee in the violence witnessed outrage, especially on social media. Many people demanded action against Lipi Singh and demanded her removal along with the removal of the district magistrate.

The Election Commission ordered immediate removal of the DM, as well as the SP of Munger, Lipi Singh.

It is believed that it was her father RCP Singh's strong influence in the IPS lobby that helped Lipi Singh get a posting in Bihar. Her husband Subhash Bhagat is an IAS officer.

Meanwhile, the ANI reported the following on Nitish Kumar.

Reportedly, Congress leader and MP Adhir Ranjan Chowdhury, who is also the West Bengal Congress president, has advised Kumar to "keep in touch with the opposition in Bihar."

Chowdhury has warned Kumar of the "poaching skill" of the BJP and said that Kumar could face horse trading of MLAs in Bihar.