No, Indians Are Not ‘Islamophobic’, Just That Virtue Signalling Is A Privilege Few Can Afford 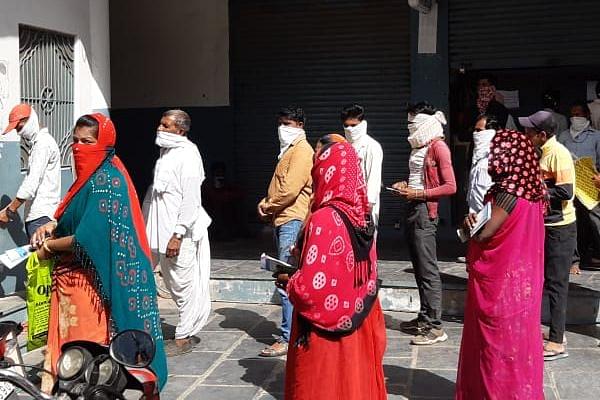 The media houses that haven’t yet reported the full text of Maulana Saad’s speeches etc. are promptly reporting the incidents of ‘Islamophobia’.

First, it’s not Islamophobia, but a rational response to kafir-hatred

In the third article of this series, we saw how from the very beginning of the epidemic in China, the Islamic preachers were saying that the virus was a weapon of Allah to ‘punish’ the kafirs.

One influential preacher in India was caught on camera saying that all must pray that the virus kills up to 50 crore Indians, amidst cheers from the crowd.

He tells his followers that the virus is sent by Allah and won’t affect the Muslims same as kafirs; the lockdown is a conspiracy to turn Muslims away from their religion; and that a Muslim should never follow what a kafir says because the universe runs according to Muslims not kafirs.

The media persons with exaggerated self-importance may find it hard to believe, but their selective reporting may fool the elite and the foreign audience in a bubble, it can’t change the lived experience of millions.

When a Friday sermon spewing hatred against kafirs, but-parasts and mushrikin is broadcast from a mosque loudspeaker, media might choose not to report it, but the kafir, but-parast and mushrikin can still hear it.

The Tablighi Jamaat case only came to light after the super-spreader event in March, but the instruction that ‘virus is Allah’s punishment to kafirs and should be spread, actively or passively’, was already widespread.

The multiple incidents of attacks on healthcare workers, harassment of female nurses and doctors, attacks on policemen, spitting on them, spitting on notes to spread the virus, etc are nothing but this kafir-hatred in action.

But the mainstream media and intellectuals conveniently ignore them, and when they cannot, try to either bury, or whitewash the crimes by selective fact-checking, even lying.

Second, the cost of virtue-signalling is too high for the poor

For a family living in a remote village, one infection episode can push the entire family into extreme poverty.

They have to think a hundred times before taking a health risk. What if there’s no hospital nearby? What about the money for hospitalisation and treatment? What if the sole earning member of the family dies?

The people living in villages, small towns, slums etc don’t have the same demarcation of a private, separate space as the urban, more affluent counterparts. Their living spaces are shared and often overcrowded.

Social distancing for them doesn’t work out the same way. Their best bet is to avoid, as much as possible, the sources of infections in the community as a whole, not one family on its own.

The fact that the religious leaders have been preaching to spread the virus to kill the kafirs tells the people, and not just poor, to secure themselves.

When they see before their eyes how policemen are being attacked for not letting people congregate in mosques, healthcare workers are attacked, they know how deep the kafir-hatred runs.

True, avoiding Muslims is neither correct nor justified, but it makes sense to them, it works for them, and it’s rational from their standpoint.

Third, regardless of who is guilty, only kafirs get admonished

The situation could have been better if the Muslim leadership and the intellectuals took some confidence-building measures — at least condemn the kafir-hatred propaganda.

Instead, they are busy beating Indians with the stick of ‘Islamophobia’, trying to make it about religion, when the fight is against the radical ideologies that preach hate and turn unsuspecting believers into criminals — whether by dehumanising kafir women, or by saying that the coronavirus should be spread as it is sent by Allah to punish the kafirs.

This lobby is scrambling to find incidents to blame other religious groups.

Of course, anyone can defy lockdown or attack policemen. The difference is the motivation.

The case of Jamaatis has a solid ideological foundation — the ideology of kafir hatred that is institutionalised and systematically spread.

Religious leaders have been brainwashing their flock to defy the lockdown and spread the virus, making it a religious injunction.

Crimes happen all the time, but history shows when backed by ideology, be it Islamism or anti-Semitism, the consequences are catastrophic.

Criminals — the people who are not adjusted to the rules of a society — are exceptions. They constitute, in normal circumstances, say, less than one out of a 1,000 persons.

However, ideological backing, especially religious, turns normal, well-adjusted persons into criminals — that is what makes it more dangerous.

Many have been booked for ‘spreading hate against Muslims’ (Link 1, Link 2); politicians, police administration have issued warnings; legal notices have been sent to media houses for criticising the Jamaat; media persons have been threatened with violence; people have been attacked for informing the administration about possible infection carriers; a person has been killed in Uttar Pradesh for criticising the Jamaat; another killed in Rajasthan for supporting the Prime Minister’s call to cheer the corona-fighters, but has a single voice arisen against the kafir-hate propaganda over Covid-19?

Not a word of condemnation against Maulana Saad, who spread hate against kafirs, asked the followers to not obey the lockdown, and that the kafirs who try to stop them will be destroyed by Allah.

Granted that a low-intensity kafir-hatred is so mainstream and banal that even the Hindus silently tolerate it.

However, when it has caused such a crisis, the silence of the media and intellectuals is deafening.

Would their reaction be the same had Saad been a leader of an Indic religious group?

The same people who are hypersensitive to ‘Gaumutra pseudoscience’, today, cannot speak a word against the head of the world’s largest Islamic movement preaching not to obey the doctors unless they are strictly practising Muslims, and ‘only the kafirs rely on the material remedies and resources’ .

Instead, the National Security Adviser of the country is expected to go to the Maulana at 2 am to request him to get the mosque occupants tested for Covid-19.

What message does it send to the kafirs?

That they are on their own.