Simmering Anger Against ‘Rising’ Cattle Thefts: The Farmer Protests No One Cares About 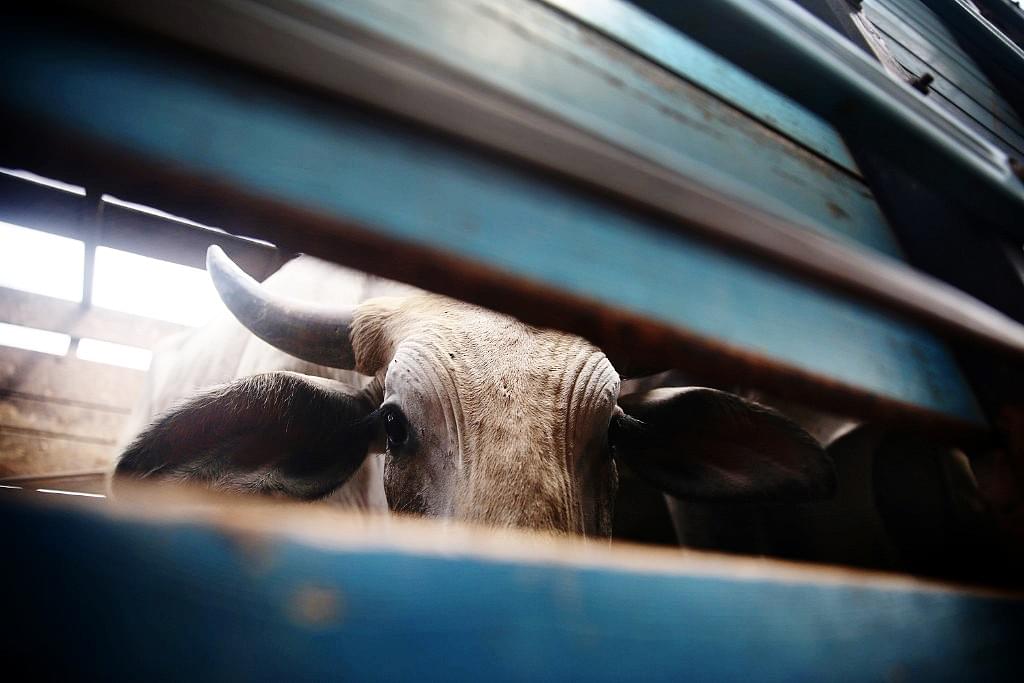 Two weeks ago, farmers in Petwar village of Haryana’s Hisar district staged an agitation outside police station against what they claimed was police’s lackadaisical attitude towards a growing cattle theft menace. Hindi newspaper Dainik Bhaskar reported the claims of farmers that on 20 October, a resident, Bablu, caught a cattle thief red-handed and handed him over to the police, but the police failed to arrest the thief’s accomplices.

In the same week, dairy farmers similarly staged an agitation and raised slogans against police in Uttar Pradesh’s Rampur district. The farmers in Milk Khanam village in Suar tehsil told Hindi daily Dainik Jagran that cattle thefts had become a daily occurrence. The report said that a few days ago, thieves brutally thrashed and injured a farmer named Radheshyam and escaped with his cattle in the night. The protesters said the police had failed to make any arrests in the case.

Two months earlier, agitated farmers in Uttar Pradesh’s Gautam Buddh Nagar district – in which also falls the Greater Noida region – gheraoed the Jarcha Police Station. Hindi daily Patrika quoted farmers as saying that while the area was witnessing a steep rise in buffalo thefts, the police were refusing to even register first information reports (FIRs). The farmers were forced to stay up all night to protect their cattle. One of the protesters, Udayveer, told the newspaper that thieves stole six of his buffaloes and the police had done absolutely nothing about it.

Earlier this week, farmers in Rajasthan’s Bharatpur district threatened a massive protest against the police, accusing them of taking no action against such complaints. A farmer leader, Nem Singh Faujdar, told the media that cattle thefts are on a rise in the area, which is hurting the farmers economically.

Open regional newspapers and reports of such protests are a routine sight, especially in dairy-rich states such as Rajasthan, Uttar Pradesh and Haryana. In most cases, protesters accuse the police of not registering FIRs, investigating the thefts or carrying out night patrols – in short, the police’s total failure to curb the menace. The farmers threaten to either stage a massive protest or take matters into their own hands.

Loss of cattle is a major setback for the farmers. A buffalo or a cow usually costs more than Rs 50,000 and is bought as an investment. When thieves strike, they wipe out the entire cattle sheds in a go. This correspondent reported a spate of such thefts from Rajasthan’s Alwar district earlier this year. Shafi Khan, a farmer from Mandla Kala village in Alwar’s Ramgarh tehsil, had five of his buffaloes taken away on a night – a loss he pegged at more than Rs 2.5 lakh.

His mother Laduli said the family is forced to buy milk for their grandchildren that they can barely afford. "Hum majdoor log hain [we are labour class]. It's hard on us. We don't have money to buy more cattle," she says.

A tally by Swarajya based on new reports in regional media shows that at least 22 people have been killed by cattle thieves since the beginning of 2018.

In UP’s Jarcha, a farmer was shot dead in his cattle shed in April. Eye-witnesses said three thieves, who had entered the village in dead of the night on a motorcycle, tried to escape with cattle when 59-year-old Ratan Singh nabbed one of them. The thief’s accomplice fired shots at Singh. One of the bullets accidentally hit the thief. Both Singh and the thief died.

The incident had preceded a spate of cattle thefts in the village. Later, probe revealed that the murder was carried out by contract killers at the behest of one of Singh’s relatives. The relatives had decided to use cattle thefts as cover for the murder. They hoped that the police would fail to reach the killers as they were failing to catch the cattle thieves. Murder of one of the thieves, however, ruined the plan.

A farmer in Jarcha, Om Prakash Singh, told this correspondent that he would "deliver justice on the spot" so that his "future generations can sleep in peace". He said, “if a thief targets my place, he won’t escape alive from my grip”.

Asked why, he said, “do I have any other option? Has the police or government left me with any option?”

Om Prakash said he is running out of patience as he has spent many sleepless nights protecting his cattle and death has now reached his doorstep. “If we fear them, we will be finished. I won't allow my children to live in the terror of cattle thieves," he said.

Such is the helplessness of farmers that they can neither depend on the police nor tackle the menace themselves. They blame the national English media for aggravating their problems.

They say that while scores of murders and thousands of thefts by cattle-lifting gangs are ignored, a handful of cases where villagers catch hold of the thief and beat him up, are given communal colours and disproportionate coverage, and made to appear like a national crisis. These cases are covered using the key words – mob lynching. Mob lynching of ‘Muslims’, to be specific. The fact that the cattle mafia is overwhelmingly dominated by members from the Muslim community, is not taken into account.

Some media reports say that four out of five ‘cow lynching’ victims are members of a single community. If that is indeed the case, it is not so much a reflection of some tribal, centuries-old, grassroots-level hatred for that community, as it is a reflection of the fact that cattle smuggling gangs almost exclusively recruit members from that community, and, they happen to hold a virtual monopoly on the red meat trade in India.

A farmer from Alwar, who said he has lost nine buffaloes and cows in a decade to thieves, told this correspondent last year, “We lost our cattle and learnt a new word – mob lynching. What we understand of it is that if a thief comes to your house, you stand with folded hands and let him rob you. If you resist, they will say mob lynching happened.”

Interestingly, none of the above listed farmer protests was reported by any of the prominent English publications.

Given its propensity to underplay any crime involving Muslims as perpetrators, the national media remains deaf and mute to the growing anger among dairy farmers.

Government data on such crimes simply does not provide a true picture of the extent of the menace. This is due to massive under-reporting of such thefts.

As per the latest data released by the National Crime Records Bureau (NCRB), a total of 7,459 cases of animal thefts, including cattle, were registered in 2017 across the country. The corresponding figure for 2016 was 8,859. Such cases are usually registered under ‘theft’ (IPC sections 379-382), which is defined as an act of stealing somebody’s property without consent.

This correspondent reported earlier this year that in one Alawara village in Ramgarh tehsil, four thefts had taken place in a period of two months alone but none of them went to the police. Until May when the report was published, the Ramgarh Police Station – which caters to 60 villages like Alawara – had not registered even one case of cattle theft in the last three years.

The under-reporting is due to two major reasons: one, because villagers know that the police are helpless and have told them as much and two, police intervention ruins whatever little hope they have of getting their property back.

With police indifference, state apathy and a hostile national media, cattle owners today are a helpless and angry lot. Hence the frequent protests. The anger, as is evident in the words of Jarcha resident Om Prakash, is rising and could lead to even more cases of mob justice. Any mob justice is condemnable and should have no place in a civilised society. But as Om Prakash asks, has the police or government left the farmers with any option?