Vishnu Is In A Saudi Jail For Blasphemy For Last Two Years; Parents‘ Relentless Efforts To Repatriate Him Have Come A Cropper 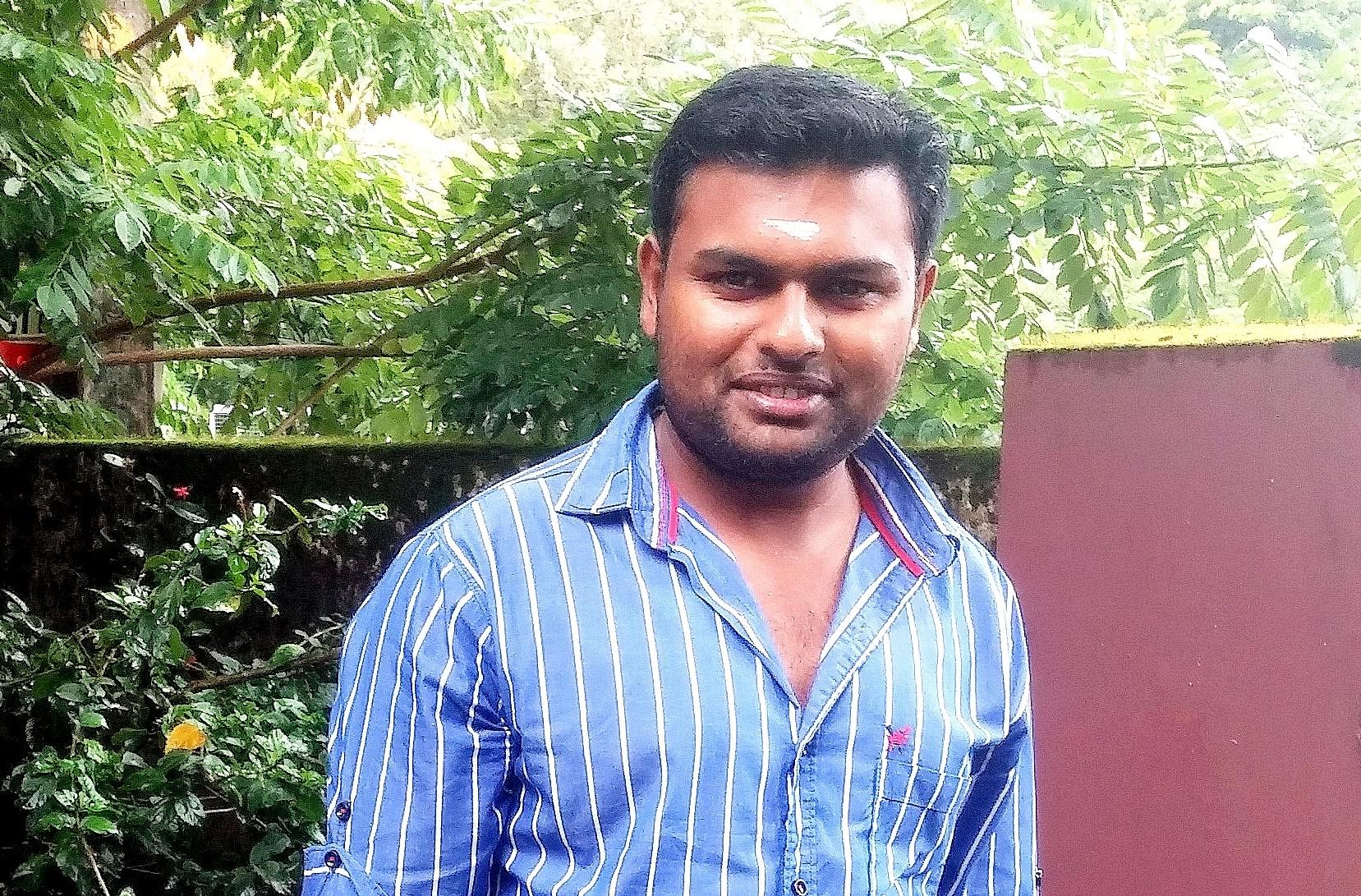 Vishnu Dev, a Hindu boy from Kerala, is languishing in a Saudi jail for more than two years now for the sin of committing blasphemy.

His father, Radhakrishnan Nair, and mother Rajalakshmi Nair have been running from pillar to post, petitioning the Indian authorities from district level leaders to the topmost ministers in the central government to get his son home, but their efforts have been in vain so far.

Vishnu is currently serving a 10-year jail sentence in Saudi Arabia and is presently lodged in Faisaliah jail.

Nair, who served for 21 years in the Indian Air Force and retired as Junior Warrant Officer, uses Twitter only to request the government officials and politicians to help repatriate his son to India.

Today is the birthday of my son Vishnu Dev as per his birth star, unfortunately he is imprissioned at Saudi.. I expect him with me to celebrate the next Birthday. @meaMADAD @rajeev_mp @VMBJP @PMOIndia @sandeepvarier @MEAIndia #savevishnudev

Vishnu Dev was was arrested on 7 June 2018 and awarded five years imprisonment on 13 September. But the Prosecution wasn’t satisfied with the punishment and appealed to higher courts for a more severe sentence.

Their wish was granted and his sentence was doubled. A fine of 150,000 Saudi Riyal was also slapped on him.

Vishnu, only 28 years old at the time, had no idea that a few tweets would land him in such big trouble and may cost him his entire youth.

“Vishnu was very active on social media. One day, he got into an argument with a Muslim woman from the United Kingdom who started tweeting uncharitable things about Indians and Hindus and she said something derogatory about Lord Shiva while calling Islam a religion of peace whose God Allah was all merciful,” Mr Nair explains, on how it all started.

”Vishnu, in the heat of the moment, made comments about Saudi government’s bombing of hospitals in Yemen and Prophet Mohammed’s marriage to Aisha. He is a devotee of Lord Shiva and growing up, he would regularly go to Mahadev temple near our home regularly. So, he lost his temper when the lady said bad things about his deity,” Mr Nair says.

Vishnu, in a sense, committed blasphemy both against the Saudi government as well as Prophet of Muslims.

As the letter to Nairs from the Consular, Passport and Visa (CPV) Division of the Ministry of External Affairs mentions, their son was arrested for cybercrime pertaining to “blasphemy and spreading messages against the Kingdom through social media.”

”I think some Indian Muslims took screenshots and complained to Saudi authorities who arrested him,” Mr Nair tells me.

Vishnu was an employee of Nasser S Al-Hajri Corporation, a subsidiary of Saudi Aramco, the country’s oil giant.

Nairs get to talk to their son over the phone regularly, once a week. He tells them that jail authorities are nice to him and provide good food and allow access to television.

“He is in not in any physical danger and he told me that jail authorities treat the prisoners well. Only those who threaten or try to harm others get harsh treatment. Plus, there are many Indian prisoners inside the jail and since my son knows many languages — Hindi, Malyaalam, Tamil, English and even some Arabic — he is able to communicate with others with ease,” Mr Nair says.

However some Indian Muslims, interestingly from Kerala itself, who are also lodged inside the jail approached Vishnu Dev recently with an “offer”.

“Some Malayali Muslims tried to convert him to Islam. They told him that if he does so, his sentence might be reduced. But my son is mentally strong. He told them he would rather serve 10 years than change his religion,” Mr Nair tells me.

Mr Nair is also concerned about his daughter who is insisting on his brother’s return as the condition for her marriage.

“She also studied engineering like Vishnu and is preparing for civil services and some other state government exams. She is of marriageable age and we were looking for a groom when her brother got arrested. Since then we have put a hold on the search as she said she won’t marry as long as her brother is in jail,” Mr Nair says.

Vishnu is only 30 years old and has been in jail for the past two years. By the time he completes his imprisonment, he will be 38 and would’ve wasted his whole youth.

The family has not lost hope, however. They have approached everyone from top to bottom, leaders across the party lines — BJP, Congress, CPI(M).

Congress MP from Thiruvananthapuram Shashi Tharoor, Minister of State for External Affairs Shri V Muraleedharan, BJP’s Rajya Sabha MP from Karnataka Rajeev Chandrasekhar, former External Affairs Minister Sushma Swaraj, and former BJP Kerala state president Sreedharan Pillai are some of the leaders who have acknowledged Mr Nair’s and his wife’s repeated requests for appeal and even assured them of help.

Happy to inform that our honorable minister @VMBJP is intervening in #savevishnudev. It has been intimated by the embassy. Thank you sir for the kind concern shown to me.We shall ever remain grateful to you.@PMOIndia @DrSJaishankar @meaMADAD @AmitShah @IndianEmbRiyadh pic.twitter.com/pCW5CyGO39

This Ramzan, the family was hoping that some prisoners will be released and maybe their son will also make the cut. But perhaps due to Covid-19, no such announcement was made.

Mr Nair recently got in touch with the former DGP of Kerala, TP Senkumar, who is in the BJP now.

“He saw my tweets and requested me to send a letter to him so that he can forward it to the Hon’ble Union Minister for External Affairs S. Jaishankar. I sent the same a week back,” he says.

Mr Nair has high hopes from the Minister Jaishankar as well as Prime Minister Narendra Modi, given their “track record of getting things done” as he puts it. One hopes that he is right and his dream of celebrating his son’s next birthday with him comes true.